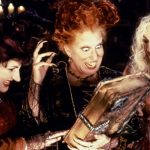 This past weekend a Halloween classic almost took the top spot at the box office. Hocus Pocus was rereleased in theaters as the domestic outlook starts to fall.

It looks like the COVID-19 pandemic is going to continue to decimate the domestic theater industry. More movies are now being released online and some are still being pushed back. One thing we are seeing is older movies being rereleased. Hocus Pocus is one of those movies getting that treatment. The movie has grossed an estimated $1.9 million as it almost knocked Tenet off the top spot. Tenet has now reached $300 million worldwide, far below what the movie could have grossed.

One thing that has happened is that a domestic movie is not on top of the worldwide box office. Currently, The Eight Hundred is sitting at $441 million worldwide with just $331,279 domestically. This looks like it is just the start for movies from other countries to be on the top of the worldwide list.

Do not expect many movies to be released this week. Netflix and other streaming services are becoming the place to be for new Halloween movies. The Craft Legacy was given a trailer last week that announced the movie will be out before Halloween. This is one of those movies that was going to be released in theaters and has instead opted for an online release.

Did you see some of the most recent gaming news? Bookmark Lordsofgaming.net to get all your gaming news. Japanese Youtubers get their hands on the PlayStation 5 first. This is just one of the many news stories our site covers.