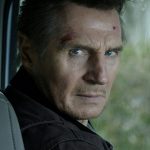 You are reading
Honest Thief Takes the Top Spot

This weekend we saw the rise of a new movie taking the top spot. Honest Thief was able to take the top spot from last weekend’s top movie.

This weekend, Honest Thief took down  The War with Grandpa‘s top spot at the box office. The movie grossed an estimated $3.7 million during the weekend. Currently, it is sitting at $5.5 million worldwide. Given the current climate we live in, this is the best a movie can do in theaters. This week saw the release of three movies in total Honest Thief, 2 Hearts, and a re-release of A Nightmare Before Christmas.

A Nightmare Before Christmas originally released way back in 1993 and remains a holiday classic to this day. This film grew to become a huge cult classic that yours truly has been a fan of since the VHS days. It goes to show that Disney intends to re-released many of its holiday classic during this pandemic. Recently, the company released its Halloween classic Hocus Pocus back into theaters. Though A Nightmare Before Christmas may be an old film, it still managed to gross an estimated $1.3 million this weekend. The thing about this movie is it can be shown both during Halloween and the Christmas season. It can be expected that A Nightmare Before Christmas wil generate additional revenue for Disney this holiday season. However, not all movies earned that much during this week’s box office. This includes 2 Hearts, which only grossed $565,000 this week.

Next week, viewers will be getting two new movies at the theaters. Connected and the horror movie The Empty Man will be available in a wide release. Bookmark Lordsofgaming.net to get all of your gaming end entertainment news. Check out this story that covers the most recent news about Marvels Spider-Man 3.