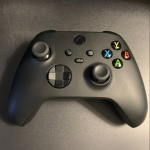 You are reading
Xbox Series Controller Review – Is It Truly Next Generation?

One of the most exciting aspects of a new hardware launch is, of course, all the amazing software you can play. Now the excitement does not stop there. Alongside your new console, you will have a brand new controller. Over the years, we have seen some incredibly strange controllers, such as upgrading from the Gamecube to the Nintendo Wii, to controllers that subtly change from generation to generation such as the DualShock controllers from PlayStation. While the PlayStation 5 decided to do a major overhaul, and pack a ton of new features and tech into their Dualsense controller. The Xbox Series X & S controller looks to build on the rock-solid design of the Xbox One Controller. But does the controller feel truly “next generation” enough is a question that has been left unanswered until now.

I have spent the past two weeks putting the controller that came along with my Xbox Series X through its paces. Some have criticized the controller for being too “safe” over the past few weeks. However, there have been some instantly noticed changes with the controller that have improved it dramatically from the Xbox One remote. As well as some small minor tweaks that have overall made the controller a much more enjoyable experience. However, with that being said, there are also some issues that should be addressed with certain aspects of the controller.

Xbox Series and the Subtle Improvements 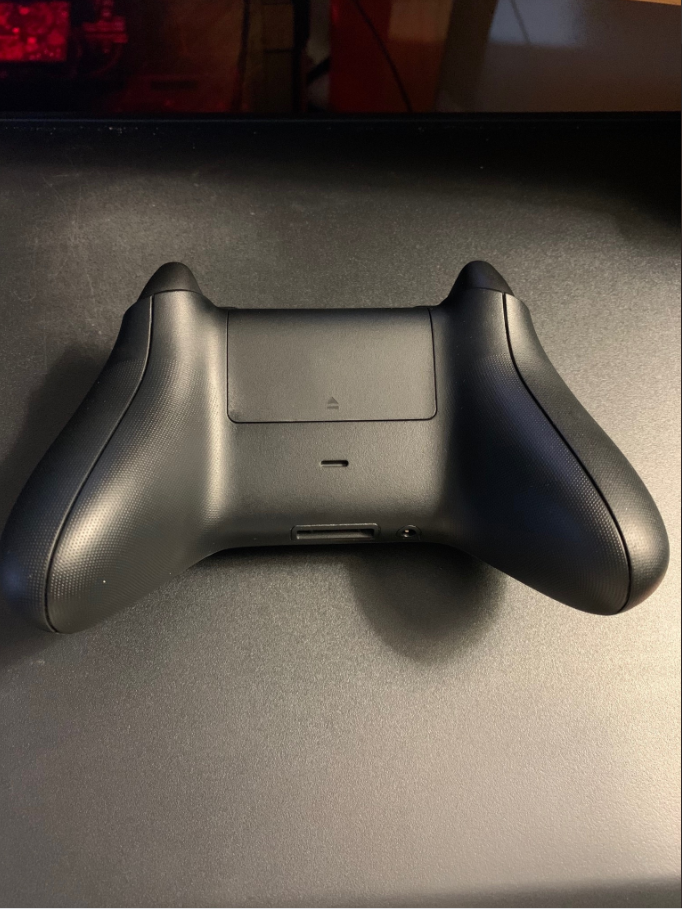 The rest of the controller feels very much like the Xbox One controller, small things like the addition of textures on the thumbsticks were an improvement. I noticed this, especially when playing games like Doom Eternal, where I was very focused and moving quickly with the sticks. It made them feel a lot more firm when resting your thumbs on them, while the sticks snapped and moved very responsively. In terms of any quality issues, during my length of time using the controller I had very few technical issues or mechanical problems. I did have an issue with my controller desyncing from my Xbox Series X. All I had to do was remove the batteries and put them back in, and the controller would register again. Not 100% if this is a hardware or controller related issue, but it is worth noting that it’s a relatively simple fix if you run into this issue yourself.

The Best D-pad On An Xbox Controller Ever 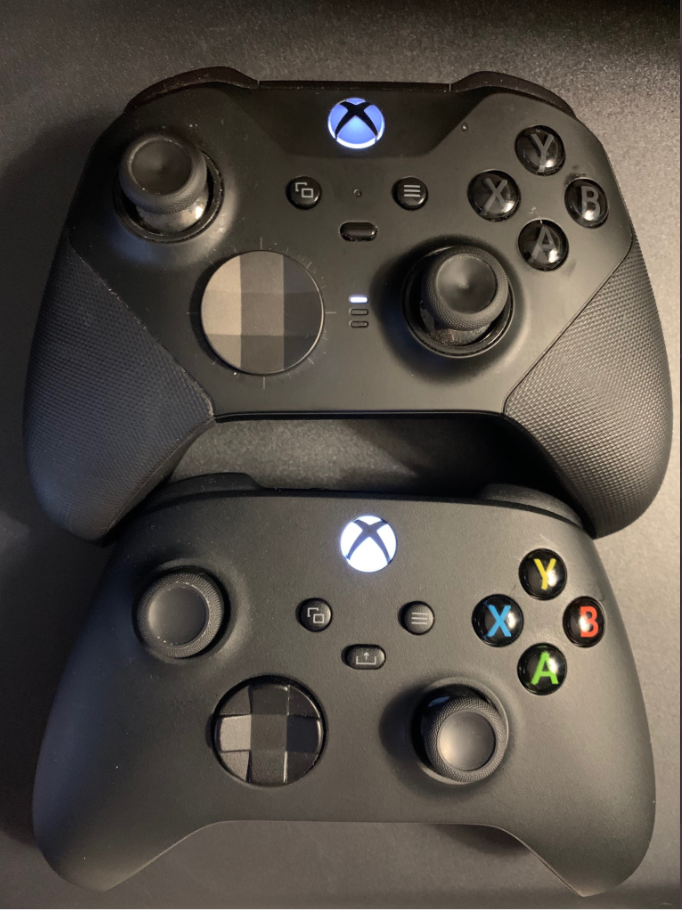 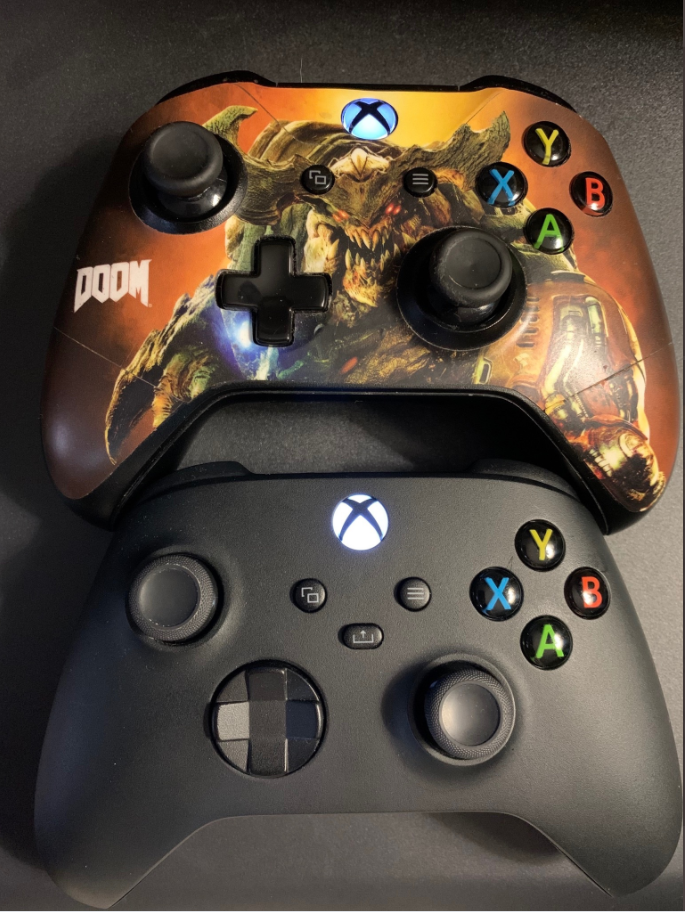 (Xbox Series Controller Beside an Xbox One controller)

One of the coolest features that came during the last generation, was the built-in recording mechanics in both the Xbox One and PlayStation 4. The Dualshock 4 streamlined the recording experience with the share button in 2013. Then Nintendo followed suit with the Switch in 2017, which brought screenshotting and social media sharing to the Nintendo platform. While Xbox is late to the party in regards to the share button, it certainly nailed the execution. The placement at the center of the pad was quick and easy to get into the habit of using. This is especially true in comparison to the three-button presses that it used to be.

The placement of the share button is smart, in terms of how functional it is. One of the most frustrating things about screenshotting on Xbox One was the button dance you had to do to capture a screenshot. This made taking in action shots in shooters like Doom Eternal, Devil May Cry V, and more much more challenging. However, with the share buttons located just slightly to the upper left of the right thumbstick, it makes taking action shots a breeze. While it certainly is a case of better late than never, it is great to see the share feature implemented so seamlessly to the design of the controller.

The Xbox Series controller is a great step forward for the Xbox controllers from the past. While these subtle improvements overall make playing on the Xbox Series X smooth and enjoyable. It feels like a missed opportunity to not pack something truly “new” into the controller. While many will argue the share button is new enough to the controller that this is a next-generation feature. However, after playing on PlayStation 4 and Nintendo Switch over this past generation, it feels like overall it was simply a quality of life improvement. As opposed to being a truly next-generation feature or experience.

Meanwhile, PlayStation certainly took a gamble with putting a ton of new and unproven tech into their controller. It created this sense of excitement around the controller as it packed in new features the Dualshock 4 simply did not have. Now only time will tell if those controller features will continue to be supported by developers in the long run. But, it creates this expectation or desire for more via competition. The Xbox Series controller is a phenomenal Xbox controller. It truly fits Xbox’s vision of a cohesive ecosystem and brand synergy with the previous Xbox device. However, it is hard to not wish they had just packed something a little special into the Xbox Series controllers.

To Wrap It Up

While it may be missing some next-generation bells and whistles, the Xbox Series controller builds on the legacy of Xbox. Their dedication to having one of the most comfortable to use and weighted controllers in your hand is achieved. This comes with the benefit of the sticks laid out properly where they are staggered instead of side by side (sorry not sorry). With the quality of life improvements, and adding some features from the Xbox Elite V2 into the standard Xbox controller, it delivers a solid, comfortable, and reliable controller, which made me have no issue with putting my Xbox One controllers on the shelf for good.