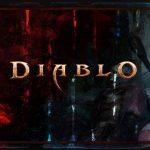 You are reading
Diablo Announcements from Blizzconline

Blizzconline kicked off today with its opening ceremony. This event serves as a safe replacement for the typical convention due to COVID-19. The online convention is split among multiple streams to cover all of Blizzard’s properties over two days. Diablo, in particular, had multiple projects to showcase and even a few surprises. Below, we will catch you up on all the Diablo announcements from Blizzconline.

Diablo IV was announced at Blizzcon 2019. Since then, game director Luis Barriga and developers have sated fans’ interests with blog posts of game snippets. Today Blizzard unveiled a new cinematic to showcase the return of the “rogue” class.

Rogues are regarded as the original archetype for dexterity classes. First seen in the original Diablo in 1996, long-time fans will enjoy this nostalgic trip as they slay monsters. The stream continued with the first gameplay look at the rogue. Rogues utilize a mix of ranged and up close DPS. Their weapons of choice are dual-wield swords and daggers for physical damage, bows/crossbows for ranged attacks. Taken from the game’s promotional website, the class description reads:

The Rogue is an adaptable, agile warrior who can specialize in ranged or close quarters combat. She can best any foe with her imbued weapons, perform powerful combo attacks, and can augment her arsenal with deadly poisons and shadow magic to slay demons with impunity.

The trailer plays upon the theme of collecting ears. In Diablo II, a player would drop an ear when defeated in PVP environment. PVP will be returning to the franchise as the Fields of Hatred. This system introduces a new currency, “shards of hatred.” These can be collected from monsters, but they must be purified at a shrine to be used. When purifying, players are vulnerable to enemy attacks. A player must be mindful when they choose to purify their shards. Afterward, these shards can be exchanged for new loot and upgrades at various vendors. This introduces a new high-risk/high-reward style of gameplay. This was just the tip of the hellish iceberg for Diablo announcements from Blizzconline. Blizzard also took the time to update fans on the mobile title, Diablo: Immortals

First announced in 2018, Diablo: Immortals has not been the recipient of great reception. Fans were eagerly expecting news on Diablo IV but were greeted with Immortals in its place. The game will be the first attempt at a licensed Diablo experience on mobile devices. Today lead producer Caleb Arseneaux, lead designer Wyatt Cheng, and Diablo content creator Bluddshed, went into details on the game’s previous alpha testing build. New design philosophies and systems, such as adding trees to the Paragon system, were discussed in great detail during the panel; however, there is also a balance of familiarity too with old skills and designs making a return. 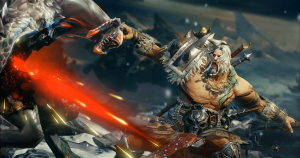 Caleb also announced plans for another alpha coming soon, this time in hopes of reaching more players and showcasing a greater breadth of gameplay and systems to explore. Regardless, developers are optimistic about bringing an authentic Diablo experience to mobile devices. Diablo news did not stop there. Executive producer Rod Fergusson had one more surprise for fans.

A long-wished rumor has now been confirmed. Diablo II: Resurrected will be coming to PC and consoles later this year, developed by Vicarious Visions. Mrllamasc, a content creator known for his speedruns for the original game, hosted a deep dive with the game’s lead designers and artists. The panel discussed keeping the game’s integrity. However, modernized systems will also be in place to help the quality of life. Diablo II: Resurrected will be a complete shot-for-shot HD remaster of the twenty-year-old game with 4K support. There is not a release date; however, fans can sign up for the game’s technical alpha today here. 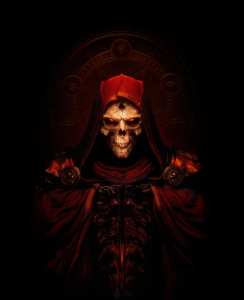 Those were the main Diablo announcements from Blizzconline. There were other notable segments as well. Michael J. Gough, the voice of Deckard Cain, hosted an AMA. Devin Brom and Gerald Brom discussed some of their iconic pieces within the Diablo universe. Employees had a turn in the spotlight with “Life at Blizzard” segments and more. What was your favorite segment from the panel? Happy to see Vicarious Visions join the Blizzard family? Let us know in the comment section below and see you in hell.