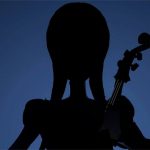 Not that long ago, the internet was set on fire with news of a new Addams Family show from Tim Burton. We now know what that show will be about. Or rather, who it will be about: A live-action show following Wednesday as she gets older.

Back in October, fans of the Addams Family finally had the news they wanted. Tim Burton was going to be working on a live-action show. What we did not expect was a spin-off focusing on one character. The daughter Wednesday Addams is going to be the main character in this eight-episode show.

Deadline.com has been kind enough to post a description of what the show is about. Take a look at that and the Netflix poster below.

Wednesday attempts to master her emerging psychic ability, thwart a monstrous killing spree that has terrorized the local town, and solve the supernatural mystery that embroiled her parents 25 years ago — all while navigating her new and very tangled relationships at Nevermore Academy.

This will be Tim Burton’s TV directing debut as well as his first show. Right now, the casting has yet to be announced on who will be playing the title character. Expect that same Tim Burton charm when we finally get to see a trailer. Netflix has been very busy lately. Especially when it comes to upcoming Anime. Fans of Kaiju will be able to see Pacific Rim: The Black in March. Also, just announced is DOTA: Dragon’s Blood.

Tim Burton is bringing Wednesday Addams to Netflix in a live-action coming-of-age series!

Burton will also make his TV directorial debut on the sleuthing, supernaturally infused mystery that follows Wednesday as a student at Nevermore Academy pic.twitter.com/8ei3wIUrxq

If your a fan of the Addams Family, let me know how you feel about this new show in the comment section. This is the first time that we will not be following the entire family around. It will be interesting to see an older Wednesday. For the most part, we only see her as a young homicidal child. Take a moment to bookmark Lordsofgaming.net for all of your gaming and entertainment news.