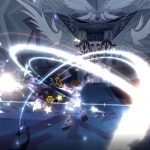 The Kingdom Hearts franchise is making its grand debut on PC very soon. Whether you are a first-time player or revisiting this classic franchise, check out this guide on how to level up Sora’s Drive Forms in Kingdom Hearts II Final Mix.

What Are Drive Forms?

Drive Forms give Sora enhanced combat and maneuver abilities along with a fancy new variation on his attire. There are four Drive Forms in Kingdom Hearts II, and a fifth was added in Kingdom Hearts II Final Mix. Sora is limited on using Drive Forms due to the Drive Gauge seen next to his portrait on the screen. While leveling up the Drive Forms is not required to beat the game, they do offer substantial passive abilities for Sora to use outside of his Drive Forms. These abilities, like High Jump, Glide, Dodge Roll, etc., are absolutely essential if you want to put up a fair fight against the endgame content.

Check out the video below for a breakdown on Drive Form leveling:

The Kingdom Hearts franchise releases on March 30 on the Epic Games Store. To see how much each collection will cost you, click here.