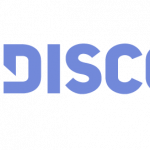 PlayStation has announced Announcing PlayStation’s new Partnership with Discord – SIE Blog – English with popular social app, Discord. Discord has recently been in the news as a potential target for acquisition for Microsoft before declaring interest in going public. There are no current plans for an IPO, but doubtless this partnership will strengthen the share price at offering.

Sony announced that they have made a minority investment in the company. They plan to fully integrate the PlayStation Network with Discord in the next year. There was no indication of whether this would replace the PlayStation’s current community features, or merely be a supplement. Regardless, this is an aggressive move to build the social space around the PlayStation community.