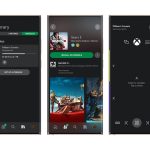 For years, fans of physical media have been jealous of all-digital users for one reason only: game preloads before day-one. When you preorder a physical disc, you would have to install the game after you received your disc and often wait for the online patch to download. On a slow network, it could mean that you will be playing your shiny, new game a day later (I’m looking at you Fallout 76 day-one patch). Starting this week, Xbox now allows game preloads before inserting a disc.

A short reminder of how disc DRM works. When you insert your Blu-ray media for the first time, your console will install the game from the optical disc to your console hard drive. Then it will start downloading the patch if you are online and if the patch exists. If there is no patch, the game will be ready for you after installation from the optical media. The game always runs from your hard drive, but you need to keep the disc inserted as a proof of purchase. It’s an offline game license. If you purchase your game digitally, you will get a different kind of license(s). One for your account and one for your console to be used offline. Offline license is used when your internet is not connected, and for your family to play your games without the need to purchase again. Your account license is used by you when you log in to anyone’s console other than your primary one.

When you preorder a digital game, your game will also preload. This is not new, but when you preorder a physical media you have never been able to preload, until now. Xbox now has an option to preload ANY game in advance, no matter if you don’t own it. The only way to start the game is by giving your Xbox proof of purchase, which would be a physical media or digital purchase.

A few examples of use

Here are a few examples of use for the new feature:

In order to use this feature, you need to install the Android Xbox (beta) app, search for ANY game, click DOWNLOAD TO CONSOLE, and then chose which one if you have more than one.

We can indeed confirm that this functionality works already, and we have reached out to Microsoft for confirmation.
EDIT: Microsoft spokesperson said that they cannot comment on this yet, because it’s a part of larger functionality that is about to be announced.

Check out: Value Is The Focus Of Xbox Next Generation