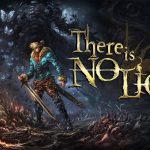 You are reading
There Is No Light Game Demo Preview

The Lords of Gaming got a chance to try out the demo of There Is No Light from developer Zelart and publisher Hyper Train Digital. The game is currently on Kickstarter and met it’s initial funding goals. There Is No Light is a dark action-adventure with pixel-art graphics. The demo is quite extensive, giving players a proper taste of the game’s melancholy setting and gameplay mechanics.

There Is No Light describes itself as a grim post-apocalyptic pixel-art action-adventure, and it lives up to its own hype. A global catastrophe has eradicated most of the human population. This caused any survivors to move underground. In the game, you’ll be exploring this vast underworld, which is ruled by the mysterious Church of the Great Hand.

Along your journey, you’ll listen to survivor stories, vanquish hordes of bloodthirsty demonic creatures and fight deadly bosses. Your goal is to save your child who has been taken away by a cult. The developers claim that There Is No Light relies on its non-linear narrative design so players can create their own adventures by exploring the in-game world. 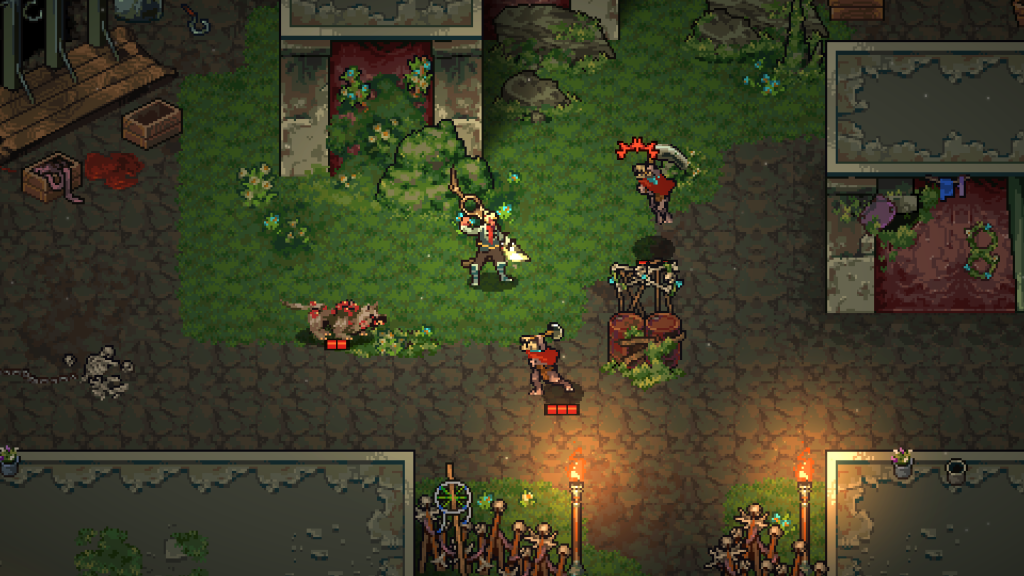 Like we mentioned before, There Is No Light relies on a pixel-art style. This is a common graphical choice for many indie titles, but one that has long since worn out its novelty.  It’s understandable why indie developers prefer using more retro-style graphics. The art costs are significantly cheaper than rendering full 3D graphics. However, there is just nothing meaningful about the way they have chosen to implement this style. Instead of nostalgic and charming, it is just poorly rendered and muddled. Sometimes the graphics also seemed to work against you. This was usually the case when you’d have to dash to a nearby platform. Because elevation wasn’t depicted clearly due to the art style, it could take chunks out of your health when you’d need it the most in an upcoming fight. 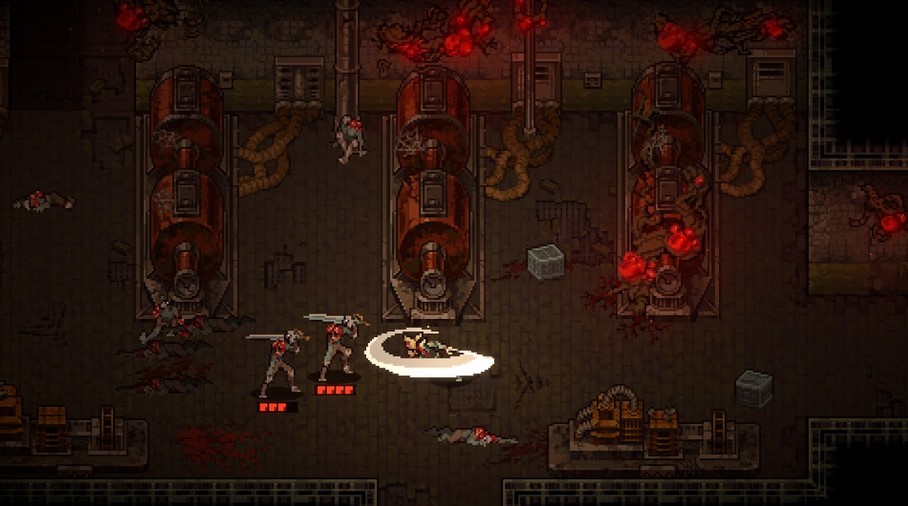 There Is No Light focuses on aggressive combat and dashing. Like any Souls-like title, the game punishes players for complacency or button-mashing. Precision timing on attacks must be accompanied by using dashes to set up your next strike.  Connecting attacks on enemies and environmental objects fill up your Rage meter, which unleashes devasting special moves. Luckily, prompts appear above enemies’ heads right before they attack, giving you ample time to react.

The demo lets you try out 3 out of 4 weapons available in the game. This includes the trusty sword Omen, the spear Mendacium, and the Superbia gloves. They all have their own unique attack styles, Rages attacks, and tactics. It’s also worth noting that excessively using the spear and gloves will result in a cool down after a Rage special attack. However, for some reason, the game wouldn’t switch over to the next weapon after a cool down. This often opened me up to enemy attacks, so I just stuck by with Omen for the majority of the time. 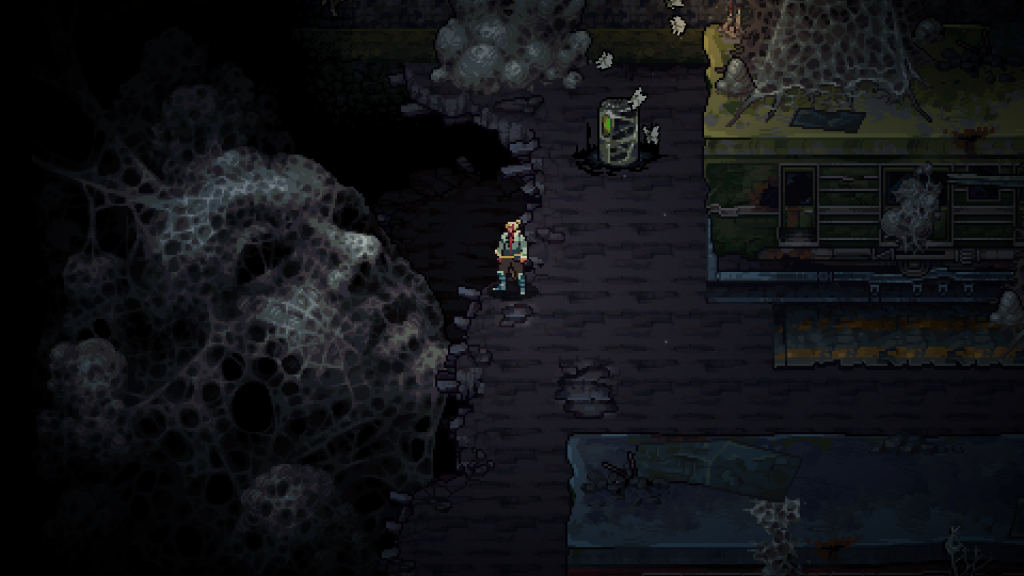 There Is No Light has all the technical kinks you would expect of a game that is still a year away from its planned release. Maneuvering is not as tight as I would expect. Sometimes, objects would slow you down and you’d have to cut them down in order to pass them. This was clearly a nuisance when engaged in combat and an enemy would get an easy hit on you. Many times I found myself slowly defeating enemies and returning back to the resurrection pod (bonfires) to save my progress. Luckily, enemies don’t reset after using them. The pods are also where you upgrade your skills and weapons like any ARPG title. This makes the experience feel like a bit of a grind.

Hands down the most satisfying parts of the demo were the two available boss fights. They were quick to punish my carelessness, but they were the sections that brought the most fun in There Is No Light. The demo is available on Steam so be sure to check it out if you’re interested. There Is No Light will release on Windows and Nintendo Switch along with current and future PlayStation and Xbox consoles in Q3 2021.