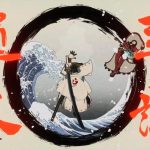 You are reading
Guilty Gear Strive: Tips and Tricks for Beginners

Guilty Gear Strive has released with a successful launch. The 2D fighting game has surpassed three hundred thousand units shipped. The sale number is even higher when taking digital purchases into account. People are jumping into fighting games and the world of Guilty Gear now more than ever. Therefore, one could always use some helpful tips and tricks.

New players begin their journey with a tutorial in Guilty Gear Strive followed by a ranking match for floor placement. The tutorial will lead players through minimal mechanics and the usage of the attack buttons. Guilty Gear names their attacks: punch, kick, slash, heavy slash, and dust (unique to the franchise). Each attack varies on speed and power. Learning how they combo from one another is important later on.

However, the tutorial itself will not elaborate on this fact as it is very basic. Arc System Works wanted the barrier of entry to be minimal for the casual audience. After the tutorial and rank match, players are placed anywhere between the ten floors of the game’s rank system. If you are actively looking for tips and tricks for fighting games, chances are you wish to increase your rank and/or improve your skills.

Defense is a great start to improving your skill. Start with spacing between yourself and the opponent. You should be aware if you are close enough to hit your opponent as well as if they can hit you. This is the overarching goal of the neutral phase of a match (when neither side has an advantage or disadvantage). However, everyone gets hit even pro players.

After getting hit, players may find themselves pressured to the corner of the stage. You have a few options to survive your opponent’s combos. Basic blocking is performed by standing, crouching, or blocking midair. Standing blocks will defend against high and overhead attacks, while crouch blocking defends against high and low attacks. It is important to learn the distinction between your opponent’s moves. If they execute an overhead against your crouch blocking, the hit will go through. Likewise, a low attack trumps someone who is standing while blocking. 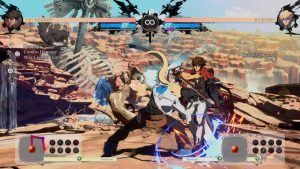 Lastly, blocking in the air is also referred to as “chicken blocking.” This is a strong defense as the enemy has very few ways to break your guard this way. Players should be wary of relying on this too much as the opponent can catch you before you start blocking. Also, keep in mind blocking does not defend against throws. Next, let’s discuss tips and tricks with the Tension Meter in regards to defense.

Roman Cancel, or “RC” for short, is a mechanic unique to Guilty Gear. It provides offensive and defensive options while using half of the Tension Meter with each use. Different Roman Cancels lead to numerous outcomes. The yellow RC is a great way to stagger the opponent’s rush-down offense, granting players a moment to reverse the tides or escape pressure.

An alternative to blocking is “Faultless Defense.” This is achieved by holding two attack buttons by blocking. A shield will appear around your character, reducing chip damage, and slightly pushing your opponent further from you with each block. Faultless Defense uses the Tension Meter as a resource. If players find themselves in a bind, be sure to use this if you have the meter to spare. 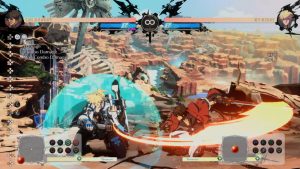 Finally, players can escape a damaging combo through the Psyc Burst Meter. Located just below your health bar, landing a successful burst will throw the opponent back and interrupt their combo. This action is done by pressing an attack button simultaneously with dust in neutral (Gold Burst) or while taking damage (Blue Burst). However, the Blue Burst will leave you vulnerable if it does not connect with the opponent; so players should be cautious of being baited to burst by the opponent.

On the other hand, connecting a Gold Burst will lead to full recovery of the Tension Meter, so players should aim to time it right when opponents close in. A decent amount of defensive tips and trips have been discussed, but one must attack eventually in order to win. Guilty Gear Strive is a fighting game after all. 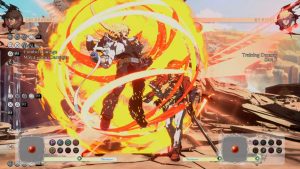 The Tension Meter rewards aggressive actions. This includes attacking. Alternating how you attack between overheads, highs, and lows will aid players in breaking the opponent’s defense. Consequently, this will lead to further damage output when incorporating Red RC’s.

A Red RC can be performed when an attack connects with the opponent, blocking or not, and holding three attack buttons together excluding dust (same for all Roman Cancels). As a result, players are given the ability to extend their combos through means that would not work without the RC. For instance, you land a special move then use Red RC to combo into an overdrive (super move).

There will be an instance where your attack whiffs (misses) whether by mistake or calculation on the opponent’s end. If this happens, the Purple RC will save the day. This RC can be performed when attacks with long recoveries whiff, thus making them safe and allowing the player to instantly recover. It can also be used to bait the opponent into attempting a counterattack, catching them off guard, and keeping the pressure in your favor.

Lastly, players should consider a character to apply all of the tips and tricks they learn. It is very tempting to bounce back and forth within Guilty Gear Strive’s stellar roster. Each character has its own pros and cons. However, repetition and muscle memory are the keys to improving within a fighting game. Understanding a character inside and out will carry you a long way on your path to set your heart ablaze, so stick with one character you like the most.

Arc System Works has a great series on Youtube giving a starter breakdown for each character in the roster. Players looking for a more hands-on approach to improving should give Mission Mode a try. There are numerous missions that simulate gameplay mechanics discussed here and more intermediate scenarios. The mode even has tutorials for character match-ups.

Improving in Guilty Gear Strive will seem like an uphill climb most days. Persevering through losses will help in the long run. Players can learn something from each match regardless of the outcome. These tips and tricks will also help when implemented into your matches. If you are hesitant on damaging your floor rank, feel free to fight players in the Parks lobby. You have unlimited rematches and free from any rank change. It is a great place to learn match-ups, break bad habits, and enjoy constant fighting without the shadow of a floor rank looming over you. It may also be worthwhile learning fighting game terminology and Numpad Notation (universal way to map inputs). Let us know which tip you liked the most in the comments down below!