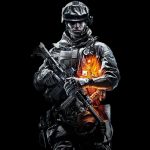 To say that there is a lot of hype behind the latest upcoming installment in the Battlefield franchise is an understatement. As we close in on almost 3 years since Battlefield V, which released back in the Fall of 2018. It feels like fans are itching for some news about the next installment in the long-running shooter franchise. The rumor mill has been absolutely exploding the past few weeks in anticipation of a reveal. From various leaks about what we could expect from the game in terms of its multiplayer design, all the way to the game releasing day one in Xbox Game Pass. While there is currently no concrete information in regards to any of these rumors, we won’t have to wait long to learn more.

Today via the official Battlefield Twitter account,  we learned when we will get our first look at the upcoming game. On June 9th, at 4 PM EST, the next step in the Battlefield franchise will be revealed. While there is no official word on what we will see, whether it’s focused on the single-player or the multiplayer but one thing seems for certain. Destructibility will undoubtedly be front and center, as that has been the hallmark of every previous installment. It will certainly be interesting to see what Dice can do with the power of the Xbox Series X and PS5, and to see what kind of changes the next game will bring.

Are you excited for the next installment in Battlefield? Let us know in the comments and don’t forget to check back for the latest gaming news and information.