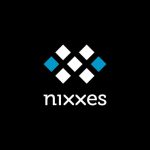 This past week has been a busy week for PlayStation in terms of announcements related to growing their World Wide Studios. Earlier this week PlayStation announced that Housemarque had finally become a member of the PlayStation Studios family after years of partnership. Now today, we learned that another European developer had been acquired by PlayStation to further expand their growing stable of developers.

Today, in an official announcement from Hermen Hulst Head of PlayStation Studios, we learned today that PlayStation has officially acquired Nixxes Software. For those that aren’t familiar with the studio, Nixxes has specialized in porting games to PC in the past. They have previously worked in partnership with Square Enix in the past, doing the PC ports for games like Shadow of The Tomb Raider and more recently Marvel’s Avengers. While to some this may seem like a minor acquisition, in terms of team history and with Nixxes having never worked on their own IP. But this is a very intelligent pick-up in regards to the future of PlayStation.

Excited to announce that the talented Dutch studio Nixxes Software will be joining PlayStation Studios. It's a real pleasure to welcome a team with such deep technical expertise and vast experience to the @Playstation family. Huge congrats to everyone @NixxesSoftware!

With a “whole slate” of PlayStation first-party games reportedly on their way to PC, a studio that has done nothing but top-tier ports is an incredible asset. Support teams are incredibly important to building and sustaining consistent quality across multiple projects. This is not to say that Nixxes will be relegated as a simple support team, perhaps they will get an opportunity to work on their own project in the future. Only time will tell, but this is another smart acquisition by PlayStation as they continue to focus on the future of the brand.