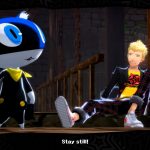 Persona 5 was possibly one of the biggest JRPG’s of the PlayStation 4 generation, in terms of fan adoration. While the franchise has not enjoyed the same level of success as say Final Fantasy, Atlus has still found a dedicated fanbase who absolutely adores it. Persona 5 catapulted the franchise into the mainstream when it released in the West in 2017 to impressive reviews from critics, many stating it was one of the best JRPG’s in years. This high level of praise has led to many more people taking the plunge and jumping into the franchise for the first time.

In official numbers from financial reports from Sega, it was noted that the Persona franchise had sold over 15 million copies since its launch back in 1996. With Persona 5: The Royal accounting for over 1.8 million copies of this number. While Persona 5: Strikers has sold 1.3 million copies across both PlayStation and PC since its Japanese launch back in 2020. This is incredibly impressive for a spin-off experimental title that many people seemed hesitant about when the game was revealed.

Now possibly the most interesting piece of data is the performance of Persona 4: Golden on PC. After its release on Steam back on June 13th, 2020, the game has sold over 900k copies on PC. This is paired with roughly 1.5 million copies of the game that were sold on the PlayStation Vita for a total of 2.4 million. These are impressive numbers for the game, and I have to wonder if Atlus is looking at these numbers. Could we possibly see Persona 5 on PC soon? Only time will tell, but one thing is for sure. Persona has cemented itself as one of the pillars in the JRPG market, and fans are greatly anticipating the next installment in this franchise.