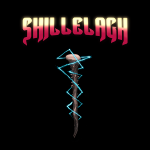 Iron Lords Podcast and the Lords of Gaming are live on the floor of Play NYC 2021 and got a chance to interview Andrew Simon Thomas, the developer behind Roll Control and Shillelagh.

Roll Control is a 3D platformer where the player uses their body to balance on a custom-built peripheral device. Controlling a ball, you’ll explore a colorful world while completing challenging objectives. The game was inspired by titles like Katamari Damacy and Super Monkey Ball.

Shillelagh is a fast and frantic arena shooter. Players are armed with the aura of nature to defend against destructive, undead monsters. Shillelagh includes brutal procedural levels that get smaller the more enemies you face. It also features a high score leaderboard, hand-drawn artwork and animations, and a crunchy metal soundtrack by John Fio.

Be sure to check out the full interview below and the rest of LOGNET’s Play NYC coverage. Don’t miss our interviews with the developers of Get-A-Grip Chip, and Batsu Card Game.