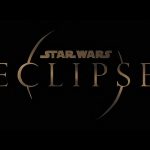 You are reading
Star Wars Eclipse Has Officially Been Revealed

Today is the Game Awards which means a massive celebration of the gaming industry is on its way. Celebrating the creativity and hard work of all the developers who developed and published games in 2021. As is tradition with the Game Awards we have a wealth of new trailers and announcements to be excited for. The reveal of Star Wars Eclipse is something that might excite many Sci-Fi fans.

Star Wars Eclipse is the all-new game from French developers Quantic Dreams. Who many fans will remember for their story-based adventures such as Heavy Rain, and Detroit: Become Human. It appears that Quantic Dream will be blending its unique form of storytelling with the Star Wars universe in the upcoming title. It was noted that this title is still in early development. But with so many action-focused Star Wars titles it will be interesting to see a game in the style that Quantic Dreams is known for.

Set during the High Republic era, Star Wars Eclipse™ is an intricately branching action-adventure game that can be experienced in many ways, and puts the destinies of multiple playable characters in your hands, created in collaboration between Quantic Dream and Lucasfilm Games.

Are you excited about Star Wars Eclipse? Let us know in the comments and don’t forget to check back for the latest gaming news and information.