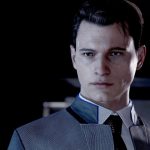 Detroit: Become Human launched on PlayStation 4 on May 25h, 2018. The game was developed by the French studio Quantic Dream. Who were the developers of Heavy Rain (2010) and Beyond Two Souls (2013). All three of these games were finally released for the first time outside the PlayStation platform last year. Detroit: Become Human released on PC in December of 2019 exclusively on the Epic Games Store. It released on Steam last month and has found success consistently climbing the top 20 best selling games on Steam.

Today, we learned that Detroit: Become Human has officially sold 5 million copies. Co-CEO and Head of Publishing Guillaume de Fondaumière had this to say in regards to the success that the company has found in the PC market.

“Launching Detroit: Become Human on Steam has been a delightful experience for us. The response we’re seeing has been incredibly positive, in particular in Asian markets.”

While the company has continued to expand outside of its original market. As prior to these releases Quantic Dream had almost been working exclusively with PlayStation as a second party developer for over a decade. While we don’t know what caused Quantic Dream to separate themselves from that relationship. It is good to see the developer finding success in the PC space. As more and more games head to PC such as Persona 4: Golden, and Horizon: Zero Dawn. It will be interesting to see how many more publishers and developers begin to eye the PC market as a way to grow their profits. Only time will tell how successful this might be, but the future of Quantic Dream looks bright indeed.