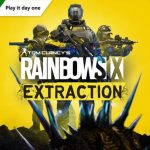 It is a brand new year which means there will be a wealth of gaming news and announcements to get excited for. It appears that Xbox wants to start 2022 by aiming for the fences by adding big titles to Xbox Game Pass. Today, we learned that Rainbow Six Extraction will be coming to Xbox Game Pass this month.

In an official Xbox Wire blog post was revealed that Rainbow Six Extraction will be launching day one on Xbox Game Pass as well as PC Game Pass. Rainbow Six Extraction is the upcoming co-op PVE FPS from developer/published Ubisoft. The game looks to build a unique take on horde gameplay within the tactical nature of the Rainbow Six franchise. While the game has suffered a handful of delays as well as name changes. It is set to launch officially on January 20th, 2022 on Xbox, PlayStation, and PC and will be included as part of your Xbox or PC Game Pass subscription.

It was also noted that the Ubisoft subscription service Ubisoft+ will be making its way to Xbox console owners in the coming months. While it is important to note that this will not be part of your Xbox Game Pass subscription, but as an additional service to subscribe to. While there is not many details in regards to this announcement, there will undoubtedly be more information from both Xbox and Ubisoft in the coming months.

Will you be downloading Rainbow Six Extraction? Let us know in the comments and don’t forget to check back for the latest gaming news and information.