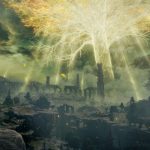 You are reading
Elden Ring: Ranking the Toughest Areas of The Map and How to Find Them

The huge world of Elden Ring is as terrifying as it is enticing. With not much in the way of direction given to you, the choice is yours to explore the map in any way you see fit.

But should you really wander haphazardly around the map, without knowing just how dangerous it is out there? Fear not, Tarnished. We at Lords of Gaming have created a list of the five toughest areas found in the Lands Between, to give you some idea of what you’re getting yourself into. 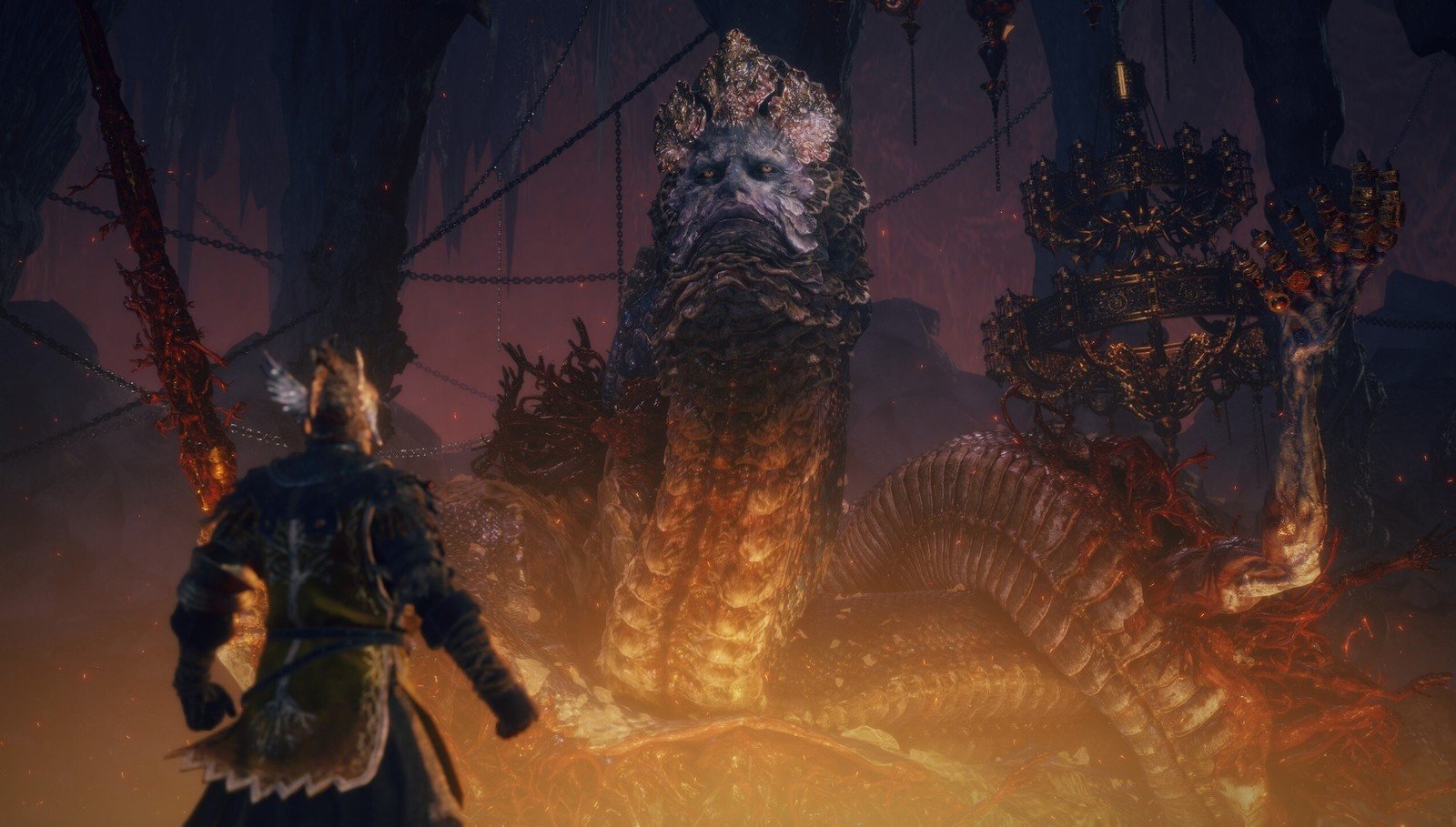 This mountainous area in the North West is the home of Volcano Manor and the prison town underneath it. It is here that Praetor Rykard can be found, deep in the bowels of the Volcano itself.

Before you can get to that though, you’ll have to traverse the terrain and overcome some extremely tricky foes.

The rocky mountains are as unforgiving as the enemies located here. Soldiers, spiders, and skeletons all roam the land. While their movesets and aesthetics are wildly different, they do have one big thing in common, they all want to kill you.

Highlights include the Fallingstar Beast mini-boss which you unexpectedly encounter in a crater. He packs a real punch. You may be wise to just run past him if you want to save yourself a headache.

Fortunately, Mt Gelnir is entirely optional. So you don’t have to actually come here if you don’t want to.

But you do want to, right?

Accessible pretty much from the start of the game, Caelid is located in the South East of the map. Home to all manner of horrible creatures, it is also where the great Demi-God Starscourge Radahn resides.

From huge dogs to poisonous dragons, everything here is deadly and will tear you to shreds without a moment’s hesitation if you let it.

At its center is a huge pool of poison. Because what would a Fromsoftware game be without a poisonous swamp? Not only does this give Caelid a cool aesthetic look and feel, but it also makes even the simplest fights trickier than they ought to be. You’re fighting against not just the enemies, but the environment too.

In the very southeast of Caelid is Redmane Castle, the home of General Radahn himself.

Again, technically you don’t really NEED to visit Caelid. You can actually complete the game without coming here.

If you want to see all of what Elden Ring has to offer though, we highly recommend you check this area out. Given its close proximity to the starting area Limgrave, most players will find themselves here at some point, whether by accident or not. 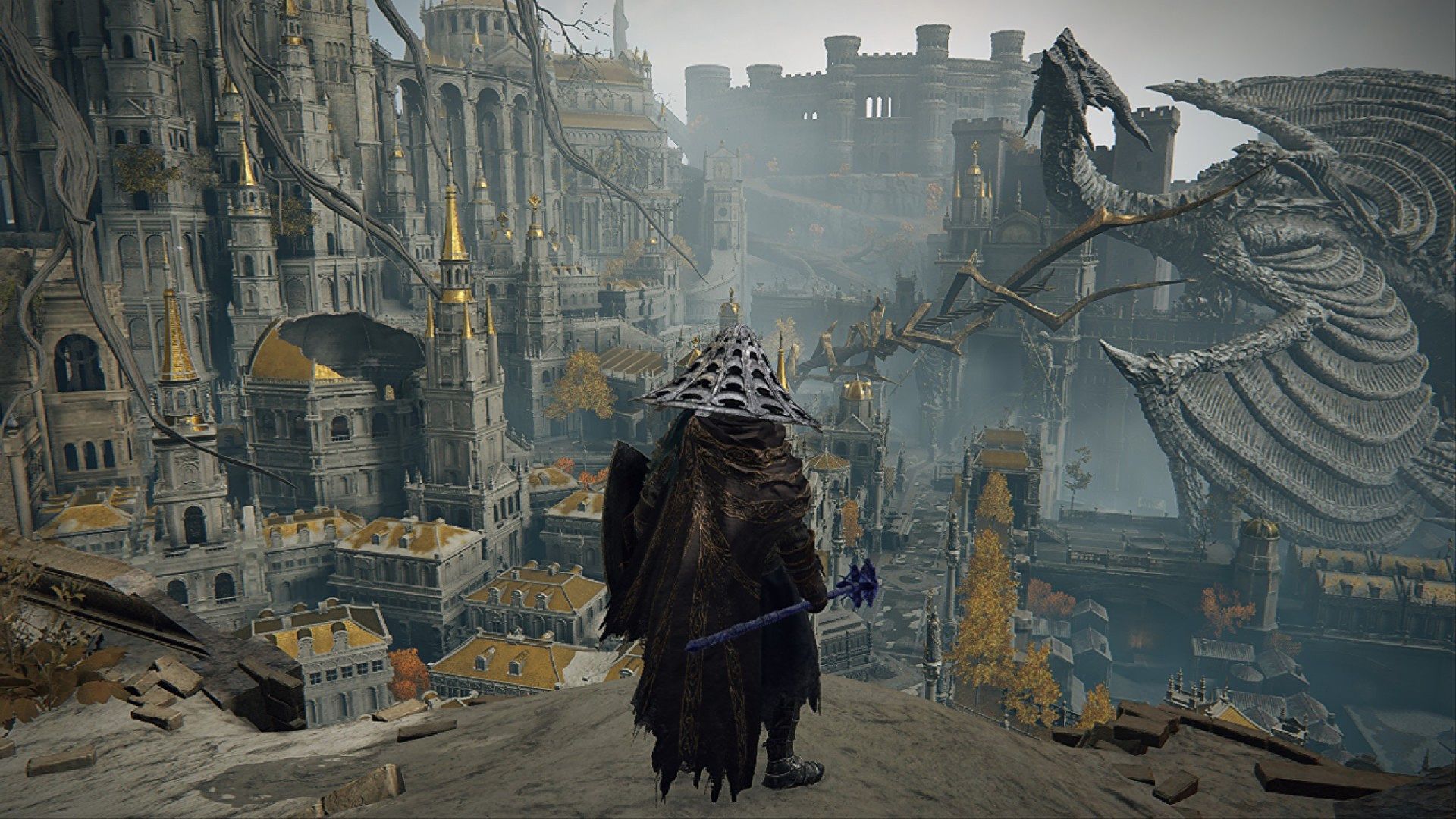 The capital city is packed full of majestic buildings and architecture. A concrete jungle of winding pathways, balconies, and bridges.

Fittingly, the enemies here are mostly of the knight variety. Clad in pristine, heavy armor, they wield devastating weapons ranging from swords to giant bows. They usually come in groups too, because one just wouldn’t be difficult enough.

The map itself is complex, and one of the trickier areas to navigate. You’ll likely encounter a few dead ends here. But, you’ll realize that in order to progress, you will need to actually climb the wing of the huge Dragon statue that looms over the city.

Eventually, you will find yourself in the chambers of Queen Marika herself. A short walk up some stairs leads you to the boss arena of Morgott, The Omen King. If you find it too tough to go this one alone, you can actually summon Melina, your finger maiden. She will fight alongside you as a powerful NPC. Her summon sign is unmissable, it’s literally right outside the boss fog gate.

Defeating Morgott will unlock the Mountaintops of The Giants. This is the next destination on your journey, and a far less tricky one. 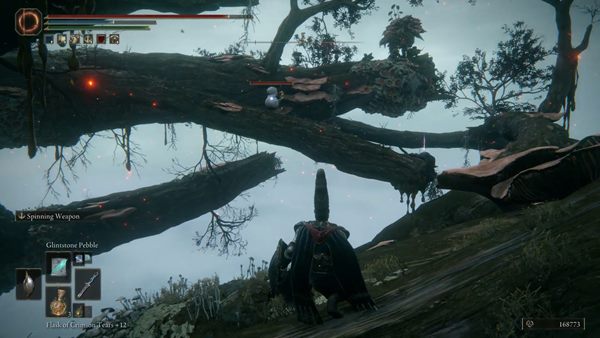 Miquella’s Haligtree is a little off the beaten track, to say the least. Elden Ring certainly does not make it easy for players to reach this area.

To get here, you need to find two halves of a secret medallion.

One is located in The Village of the Albinauries, a small area within Liurnia of the Lakes. Keep your eyes peeled for a shifty-looking barrel here. Touching it will reveal it’s actually an NPC who gives you half of the medallion.

The other half is located in Castle Sol, high up in the Mountaintops of the Giants. You must defeat the mighty Commander Niall and his comrades in order to secure this prize, which in itself is no easy task.

With both halves of the medallion in your possession, return to the Grand Lift of Rold.

Once on the platform there, you will notice you can now switch to the secret Medallion and raise this high over your head. Doing so will take you to a huge snowy area. Follow the map north here and you will eventually find a small, ghostly town called Ordina. Solving a simple puzzle here where you have to light up some torches will finally allow you access to the Haligtree.

Probably the toughest foe you will encounter in this hidden area, aside from the boss at the end, is the terrain itself.

Starting off high up one of the branches of this giant tree, you will need to traverse your way down the winding branches while fighting off multiple enemies. They will hurl projectiles at you and aggressively try to push you back, in an effort to knock you off one of the branches, which will likely spell immediate death.

At the bottom of the tree, when you eventually get there, you will need to navigate a small city not unlike the capital itself, before eventually coming face to face with Malenia, Blade of Miquella.

Malenia is one of the toughest opponents the game has to offer and shows absolutely no mercy.

Those who aren’t really looking to extend their challenge further than the main game may just wish to leave this area out entirely. Coming here has no real bearing on the game itself.

It would mean missing out on a truly special boss encounter though. 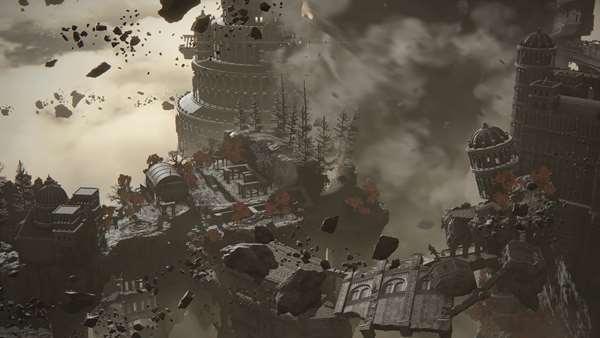 The penultimate location in Elden Ring is also the toughest. With a huge whirling tornado as its centrepiece, Farum Azula’s decaying structure is home to some of the toughest enemies in Elden RIng.

Beastmen of Farum Azula, one of which was an early-game dungeon boss, roam the land in large numbers. Keeping them company are a couple of huge dragons. These guys are capable of cooking up electrical storms that will make your life very difficult. Whether you are up close or seemingly at a safe distance (spoiler warning – you’re probably not at a ‘safe’ distance!).

Then there are the knights. Some of the toughest iron-clad knights in Elden Ring. They hit extremely hard, have a vast array of moves making them difficult to predict, and come in lots of varieties from sword wielders to mages.

As if all of this wasn’t difficult enough to contend with, the area is also home to two of the toughest boss fights in Elden Ring, The Godskin Duo, and Maliketh The Black Blade.

Both of these bosses will force you to dig deep, and likely take numerous attempts to beat. Those who reach this area without finding the spirit summon Mimic Tear will likely struggle to progress any further. The Mimic summon is almost a necessity at this point. If you don’t believe us, just try beating the Godskin Duo without it!

Crumbling Farum Azula will make you realize just how far you have come on this journey and it’s a great way to bring events to a climax before the game’s finale.

Without a doubt, it was tough to narrow the list down to just 5.

Every area in Elden Ring is tough in its own way. Do you agree with the rankings? Did you find other areas trickier?

Let us know in the comments!

Remember to keep it LOGNET for all your latest gaming news and views.