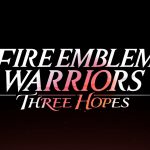 Today February 9th, 2022 Nintendo held a Direct to highlight the upcoming Nintendo Switch games. Among them is the latest info on Nintendo’s Musou Game. The Direct brings a new trailer and new details for the upcoming Fire Emblem Warriors – Three Hopes.

Outside of this trailer, there is not much else that we know. Musou games come from the line of Dynasty Warriors titles. With that, it is clear that FEW: TH will be another hack and slash. The original Fire Emblem Warriors game failed to reach critical success and just passed 1 million units sold. This sequel comes from a long line of Nintendo releases where we have to ask “who wants this?”