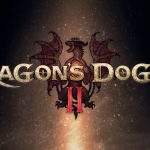 Capcom officially announced Dragon’s Dogma 2 is in development. The announcement capped off a 10-year anniversary stream for the original release.

The developer made the announcement to cap off a retrospective by Dragon Dogma’s director, Hideaki Itsuno. Itsuno referenced his love for tabletop RPGs, like Dungeons & Dragons, as his start for getting into games. This love led to multiple games, including Dragon’s Dogma and Monster Hunter.

“[Capcom] had previously created the arcade version of Dungeons & Dragons in our department and we felt that we wanted to bring forth a great high fantasy world using the latest technology at the time…[Dragon’s Dogma’s] early concept was a single-player RPG, but [Itsuno] wanted to add features that made you feel like you were playing online with friends.”

Itsuno’s ideas turned into the game’s “Pawn” system. Players would play alone, but versions of their friends’ characters could join their adventuring party. Dragon’s Dogma also featured abilities to climb on giant beasts akin to Shadow of the Colossus.

Despite only now announcing a sequel, Dragon’s Dogma has strong fan support. Capcom’s fantasy RPG also has an animated Netflix show of the same name. It saw one season release in 2020, but no official confirmation of a second season since.

No release window was announced for the upcoming sequel.