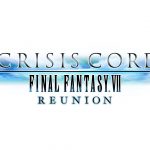 Not only did we get a new trailer, but we also got our first glimpse of gameplay. Along with the gameplay comes a “This Winter” release date. The game will release on all consoles as well as Steam. The remake is reported to have new 3D models, be fully voiced, have newly arranged music, and more.