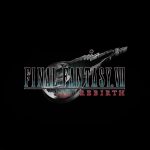 With this trailer, we get a glimpse of some story elements, a hint at what changes might be coming, as well as a release date. That’s right – the trailer ends with “Next Winter.” Along with a solo look at a lone PS5 logo. It appears Final Fantasy VII Rebirth will not be coming to PS4 or other consoles in the near future. Plus, with today’s announcement of a Final Fantasy VII Remake Steam release, this does not paint a good picture for Xbox and Switch players.

During the Final Fantasy 7 25th Anniversary event, Square Enix confirmed that it will be a three-part project. The third and final chapter remains untitled and is many years away.