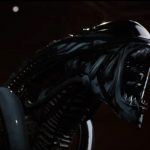 The sci-fi horror game first appeared during Summer Games Fest hosted by Geoff Keighley. Most of the trailer focused on a non-gameplay scene at Tantalus Base. An army man recounts what happened on his last mission, and he’s clearly the sole survivor. As this recollection ends, we see that his audience is dead, and Xenomorphs start to close in on him.

While the trailer primarily did not feature gameplay, we got a quick taste at the very end. Four characters group together to investigate dark, abandoned areas, fighting off Xenomorphs and other creatures from the Alien franchise.

Aliens: Dark Descent will release in 2023.