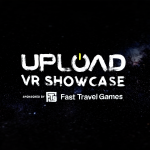 The Upload VR Showcase Summer 2022 just finished up its live stream and there were some solid-looking titles shown off. Here is the wrap-up of all the main announcements from the showcase.

If you missed the Upload VR Showcase Summer 2022, be sure to check it out in its entirety above or here. Or if you prefer a rundown of the list of titles announced, check them out below.

Broken Edge is a VR multiplayer fantasy dueling game where you embody historical swordfighters. Use their unique techniques and powers combined with cutting-edge fencing mechanics to claim victory against online components and climb the ranks.

Incuvo’s PC VR port of the jungle survival game, Green Hell, is out now. It’s essentially the original survival game in VR, then. You’ll need to maintain your character’s health and sanity as you hunt for food, fend off predators and search for a means of escape.

Final Fury is a new VR fighting game that adapts all of the genre’s trappings, including special moves and life bars, but is set in first-person and features a full range of motion controls. It is coming to all major VR headsets in 2023.

A first look at the world of NERF Ultimate Championship, a multiplayer game that brings NERF battles into an electrifying competition only possible in virtual reality. Coming to Meta Quest 2 on August 25th, 2022.

Dyschronia: Chronos Alternate is a three-episode murder mystery is set in an “idyllic artificial marine city” in which dreams are used to prevent crime before it happens and features an attractive anime art style. All three episodes and a Switch version are due to launch in 2022.

After The Fall Cross-Play Trailer

Vertigo Games gives us a look at After The Fall on all three platforms (Meta Quest 2, PSVR, and PC Versions).

Stride is getting a brand-new multiplayer mode today, which Joy Way showcased in a brand-new launch trailer. Originally released back in 2020, Stride is a free-running VR game with heavy Mirror’s Edge influences. The new multiplayer mode, which is being released as a free update, will feature modes such as King of the Hill. It’s available on Meta Quest 2 and PC VR platforms.

Twilight Zone is a mixed reality game featuring real-time footage and in-game content that looks very little like the iconic sci-fi series. Featuring three original stories, Twilight Zone is being developed for release on Meta Quest 2 on July 14, with a PSVR version to follow at a later date.

PathCraft is a brand new Lemmings-like adventure coming to VR soon! In the game, you help guide a cardboard box-wearing companion through blocky levels, picking up cubes and placing them in new positions as they walk forwards. Put a single block in their way and they’ll be able to climb it or place it higher as a means of blocking their path. They’ll walk over switches that trigger events and you’ll be able to manipulate the path with other buttons. Make a mistake and your friend will tumble off the side into the void below.

Are you ready for an epic journey at the HELLFEST festival? This is a new DLC for the VR rhythm game Ragnarock. This DLC called “Hellfest RAID” is an unprecedented collaboration between a music festival and a VR video game. This DLC includes new cosmetics, 11 new songs from artists of the 2022 Hellfest line-up and a Hellfest-themed playable environment.

Wandev Studios, the developer behind Propagation, provide an update on their upcoming VR zombie shooter. It’ll be out later this year on Meta Quest and PC VR platforms.

Check out over 10 minutes of gameplay from Mothergunship: Forge.

Anananas Studio revealed Liminal Phase, a new lo-fi horror game for PC VR headsets. The brief reveal trailer gives it a bit of a hacker vibe as the main character works on old-school desktop enemies and battles low-poly enemies. It’s due out in 2023.

Vertigo Games is confirmed to be publishing this intense and bloody action from Mixed Realms, which is headed to Meta Quest 2 and other PC VR platforms later this year.

Espire 2 – Official Behind the Scenes Clip

Digital Lode’s upcoming VR FPS received a new trailer during the Upload VR showcase, with the developer breaking down the gameplay, playable classes, and co-op options in the new stealth game. Described as a “full-fledged VR FPS,” it’s headed to Meta Quest later this year.

The first gameplay is shown in this new trailer for Gambit, a new shooter billed as Payday in VR. It’s headed to Meta Quest and PC VR platforms later this year.

Among Us VR New Gameplay Trailer

In the original Among Us, a group of players is tasked with making repairs to a ship, but one is secretly cast as an Imposter. The Imposter must murder all the other members of the crew without being discovered. The VR version will keep that core concept, changing it up for VR.

There still isn’t a release date for the game beyond the Holiday 2022 launch window for Quest 2 and PC VR. A PSVR 2 release has also been confirmed for when the headset launches

Be sure to check out Lords of Gaming’s own VR section right here.