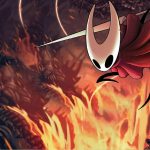 There is a wealth of new game reveals and details that have been announced during today’s Xbox and Bethesda Game Showcase. Among the announcements comes a brand new look at Hollow Knight Silksong.

Hollow Knight Silksong will be coming to Xbox Game Pass when it launches. No release date or window was given but, as a tradeoff, there is a ton of gameplay.

Fans of the series already know Hollow Knight Silksong is the follow-up to beloved indie Metroidvania, Hollow Knight. At its current standing the game is one of, if not the most anticipated indie title among the core audience. Its addition to Game Pass is a massive power play that will embolden the platform.