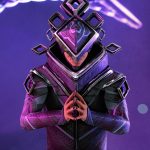 Baro Ki’Teer is coming back this Friday in Warframe for his regular visit, but with a special surprise. During Tennocon 2022, Digital Extremes talked about how they wanted to synchronize Baro’s inventory. To ensure all players across all platforms can get the same goods. This Friday, that dream becomes reality.

What does this mean for Warframe?

It means no more fear of missing out for players of Warframe on consoles. The inventory he brought to console platforms like Xbox, Nintendo Switch, and PlayStation were always behind in this regard. But in Digital Extreme’s efforts to help the transition for Cross-Play soon for the game. They had to ensure every player can get the same items, outside of some platform-exclusive gear. So, it is best that you start working on grinding out Ducats for Baro. For more details, their official Twitter account stated:

Baro will be bringing some exciting all-new Customizations! You’ll be able to buy a Baro-themed Armor Set and Syandana, several The New War-themed Noggle Statues, and more! And don’t worry about missing out, as Baro will have the same inventory throughout August.

It is going to be an exciting month for players of Warframe to get caught up on consoles. As well as those who were never interested in what he sells to make some money from selling their “Primed Junk” to players who do. For players who are in need of more crucial resources, like Steel Path Honors, or Entrati Lanthorns, you can grind for a day and get all that you should need. If you need to farm Ducats in Warframe, you can look for easy-to-do void missions. Such as Exterminate missions, or survival missions.

If you would like to read more of our Tennocon coverage, you can find out “round up” article here.