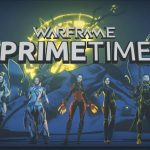 During “Prime Time” a stream held by Digital Extremes where community director Megan Everett, Danielle, and others play the game with the community. They went over changes coming to one of the many weapon types in Warframe, the “Spear Gun”. Below are the changes, alongside some of the other little tidbits shared during the stream.

To start things off, we got a first look at Afentis in game. The way in which it fires was not shown, but the description detailing its thrown ability is:

This buff sounds very synergetic and works well with the changes coming to spear guns in Warframe. Such as when you throw the spear guns, they now return to your hand so you may fire them and leave a copy at the throw point. Charged and instant throws are combined when you throw them. So just tapping the throw button gives you the full benefits.

We also got a look at the “Slaytra” coming in Veilbreaker. It will be a slow-paced machete that doubles the duration of bleed effects.

All other details from the stream are as follows:

You can watch the Prime Time stream here.