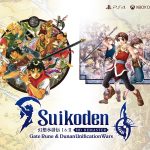 You are reading
Suikoden Series: The Most Tragic Deaths

I want to start this off by saying this article will contain some MAJOR SPOILERS for Suidoken games, so you have been warned.

Many great stories in video games, namely ones that pull on your heartstrings, share a common theme. Tragedy. Some type of tragic event, something destroyed, or the death of an important character. With the announcement of the Suikoden 1 and 2 HD Remasters, I decided to tell you about the most tragic deaths in each mainline Suikoden game. Being that this is my favorite series with my favorite game I can say these death were tragic and affected me most. 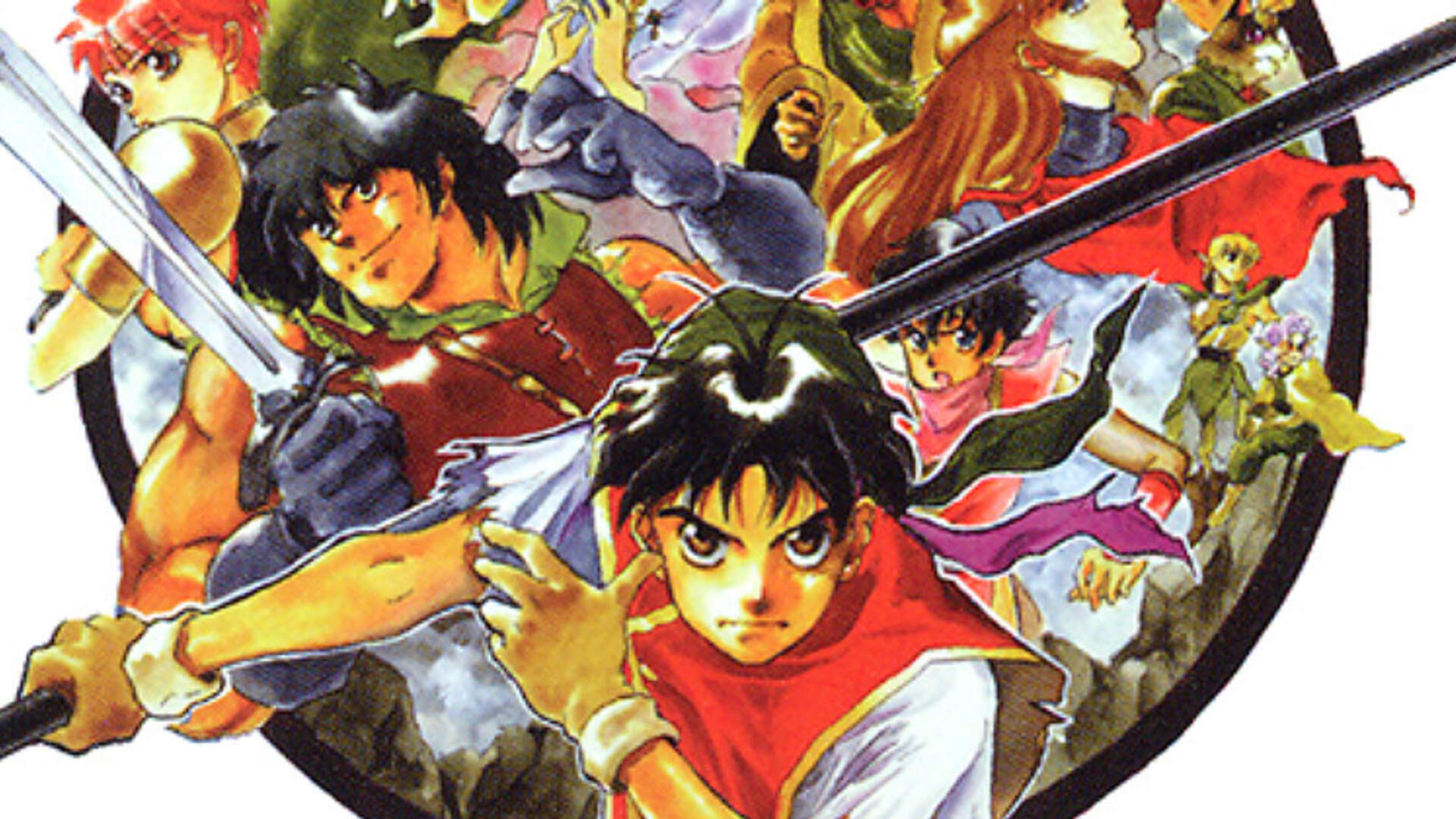 When it comes to the first installment in the Suikoden series, we have one of the deaths that affected me most. Throughout the game, you have bodyguards/friends that follow you everywhere in Pahn, Cleo, and Gremio. Granted, Pahn slightly betrays you to prevent trouble while your dad is away. He values this because your dad is the great Imperial General Teo McDohl. Pahn, Cleo, and Gremio all live with you and serve you and Teo for the most part.

Once you decide the Imperial Army is corrupt and become the leader of the Liberation Army, your path leads you against the Imperial Army and its generals. After Pahn rejoins you, you target another great general, Milich Oppenheimer. Milich tends to be pretty fancy and loves his flowers. When you go to Soniere Prison to rescue a doctor that can provide an antidote for Milich’s poisonous pollen, you run into some trouble. When escaping the prison, Milich finds you and drops a jar of flesh-eating spores on the ground.

Everyone retreats into the hallway and Gremio, who seems to have cared most about you, pulls the lever to close the door. This leaves him trapped in the room with the spores. Gremio refuses to heed your words while narrating what is happening to him as the spores devour him. The music playing here also allows you to feel how devastating this is and was one of my most devastating deaths in the Suikoden series. 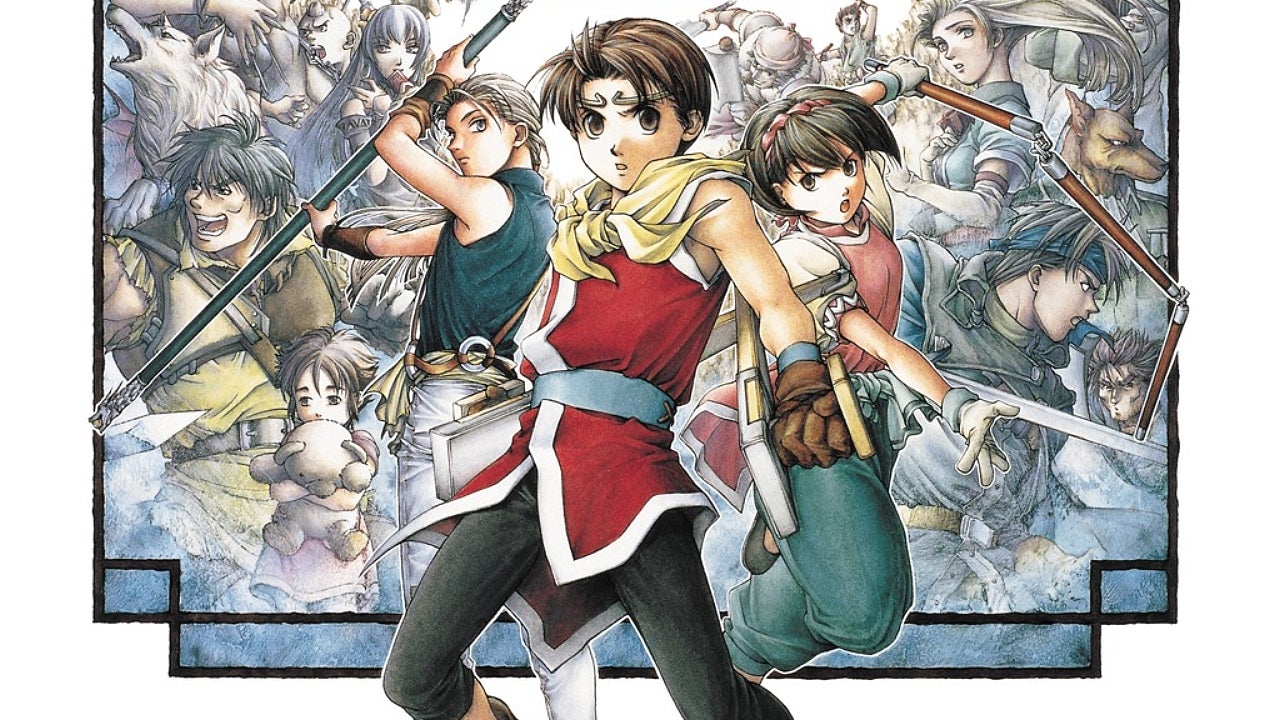 My favorite game of all time is Suikoden 2 and there are many tragic things in this game. You have Luca Blight, the main antagonist, running around burning whole villages down. Luca doesn’t care if you are a man, woman, or child, he will slaughter everyone just for amusement.

At one point, Luca and his army burned down Rhybe Village in a brief cutscene. He is just killing everyone as they beg for their lives. You can also tell how intense the situation is thanks to how amazing the music is in Suikoden 2. There is a point where a woman is begging for her life and he tells her to crawl around and oink like a pig.

The woman does as he asks and then says something like “so I can live now” and without hesitation, Luca yells “DIE PIG” and cuts her down. As a kid this made me think “holy crap this dude is super evil!” To this day I consider him the evilest villain I’ve seen.

Another considerably tragic moment happens at Rockaxe Castle. You meet your best friend at the castle. They have similar goals to you but you took different paths to achieve them. During the coming scenes, a man named Gorudo proceeds to have arrows rain down upon the area you are in. This situation ultimately leads to your sister being hit and killed unless certain things have been done.

When I experienced this I didn’t know if you did certain things up to that point and selected dialogue options quickly enough she would survive. Losing my sister out of nowhere here really caught me off guard and made me understand how tragic parts of this story were. Other people can or do die as well depending on situations. Even Jowy kills someone at one point. 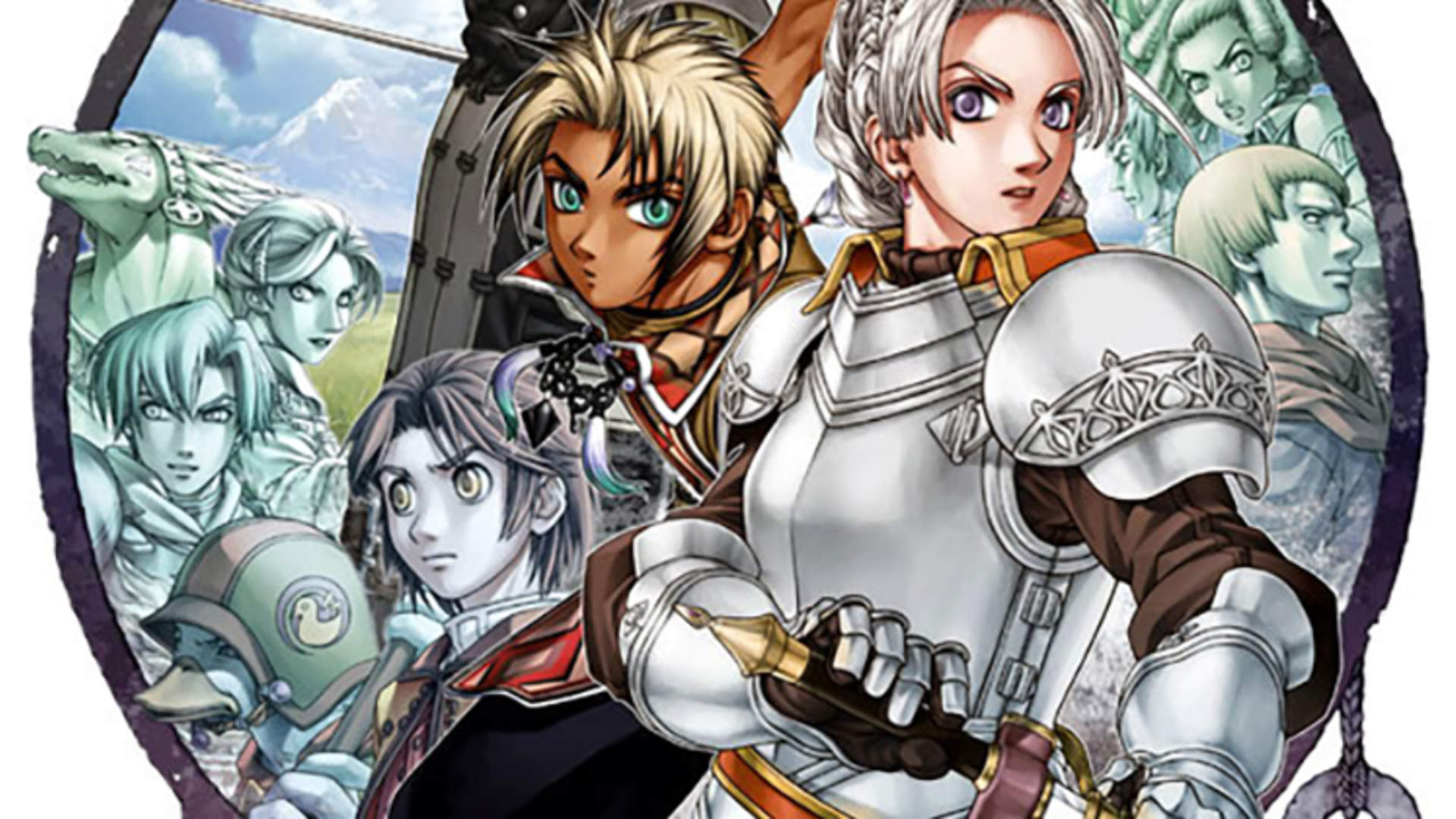 Now when it comes to Suikoden 3, players get an interesting narrative structure. You follow 3 different characters’ points of view and then they converge into 1 story. As you play through Hugo’s point of view, your best friend ends up being slain. There is a magic user who summons illusions and messes with the main characters of Suikoden 3. At times, it looks like the Zexen Knights are attacking the Lizard Clan and vice versa with other characters. This ends up leading to Lulu charging one of the main characters, Chris Lightfellow, and she cuts him down without hesitation cause he charges from behind. Lulu sees his village being burned and that angers him enough to do this.

Lulu is considered one of the least liked Suikoden characters because he is so whiny, so people kinda write his death off. Later in the game, a man whose real name is Wyatt Lightfellow tries to unseal part of the True Rune magic he has sealed away and winds up being killed. This is tragic because Chris hasn’t seen her dad in years, and if you recognize that Wyatt is her dad and has been in the Grasslands going by Jimba in that time. Years ago in the first Fire Bringer War, he also fought on the side of Grassland as well. Pretty ironic since the grasslanders in these recent years hate the Zexen Knights.

In cannon, Chris gets the True Water Rune from Wyatt. Then, Chris, Hugo, and Geddoe go on to save the world from being destroyed by Luc. This is crazy because Luc was an ally to the protagonists in past Suikoden games. There are other deaths just like in the other games but the deaths of Lulu, Wyatt, and Luc at the end seem the most tragic. It’s crazy how when Chris finally reunites with her father, it’s when he speaks his final breaths. Definitely made me feel really sad for her. 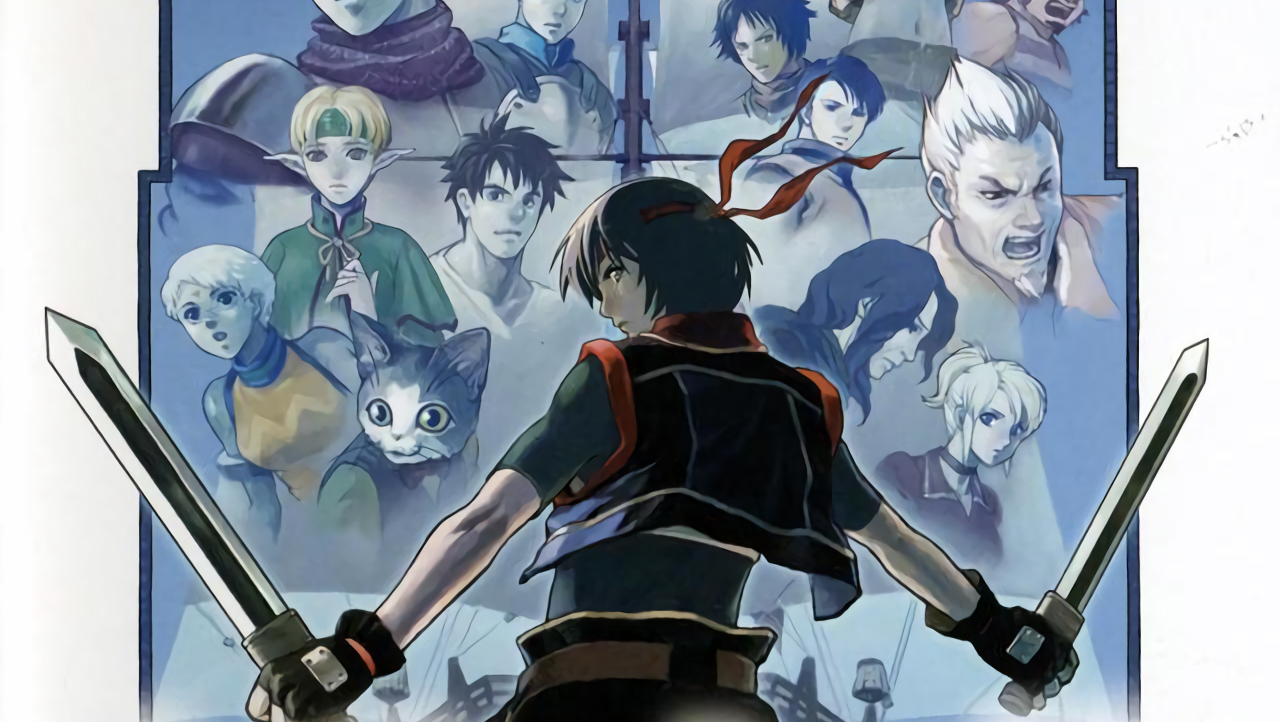 Next up is Suikoden 4, which tends to be my least favorite in the series. The Rune of Punishment is the True Rune that Suikoden 4 is based around. The Rune of Punishment is a True Rune that represents atonement and forgiveness and is always attached to the left hand of the bearer. This rune is parasitic in nature, and it feeds off its host with fatal consequences. Then, when the host dies, it attaches to a nearby new host to essentially continue its death cycle.

This game doesn’t have a bunch of major deaths but an early one happens when the Pirate Brandeau dies and the Rune of Punishment clings to Commander Glen Cott. During a pirate attack on Razril, Glen had to use the rune’s magic. In turn, he dies. You happen to witness this and then the rune attaches to you. Your buddy happens to see this but thinks you killed Glen so you wind up banished and your story really begins.

The real tragic death happens if the criteria of recruiting all 108 Stars of Destiny aren’t met. If you don’t have them all when you go to use the rune toward the end of the game you will ultimately die, but if you did the rune is cleansed and you survive. The first time I beat it, I was relieved when the rune didn’t take the hero’s life. 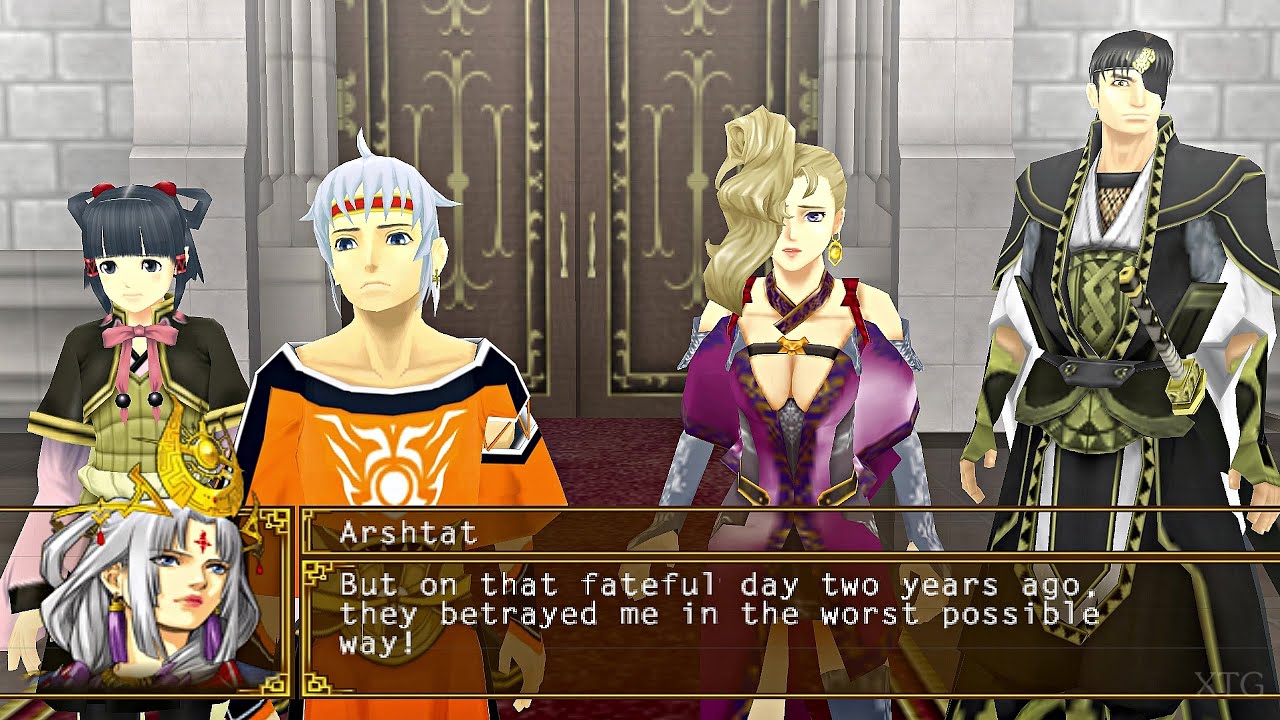 There are a few different deaths in Suikoden 5 which catch you off guard. Your mother, Queen Arshtat of the Queendom of Falena, bears the Sun Rune, the main True Rune for this story. The rune possesses her throughout the game, which can lead to a lot of mass destruction.

Take Lordlake, for example. At one point, your castle gets invaded and your dad, the leader of the Queen’s Knights, as well as others, fight the invaders.  At one point, an enemy tries to sneak attack your dad Ferid and Arshtat’s Rune incinerates that guy.

Ferid tries to calm her down, but the Sun Rune’s hold on her is just too much. This inadvertently makes her kill Ferid the same way. A few moments later, Georg Prime, another Queen’s Knight, plunges his sword through Arshtat’s back, killing her before the Sun Rune completely consumes her. Later, you find out Ferid made Georg promise if this scenario happened, Ferid wanted Georg to kill Arshtat and save the people. Later if you don’t meet certain requirements, your bodyguard Lyon can die from wounds she sustained earlier in the game.

After losing your parents you have the potential to lose the bodyguard you’re close with too. Your Aunt Sialeeds, who betrays you, ultimately dies after a battle with you. It struck me a little sadly as well. There is so much death for the royal family in Suikoden 5, and I couldn’t help but feel for the prince. He lost his mom, dad, aunt, and almost his bodyguard and friend.

Many of these are storyline deaths, but some aren’t and can be prevented. The deaths from the first 2 Suikoden games and all the slaughtering really tugged at my heartstrings.  These are the deaths that seem most tragic or devastating to me. There are many minor people or other Stars of Destiny that can randomly die. Depending on certain conditions, other people can die as well.

One of the most common ways for someone to perma-die is through military battles. If this happens you cant recruit all the Stars of Destiny cause some could be dead. Which leads you to miss out on good endings among other things. Jrpgs like these always tend to have some of the most amazing stories and tragic deaths.