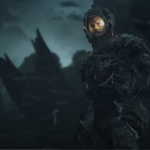 There was quite a controversy over the weekend surrounding 30 FPS games versus 60 FPS games. With the stealthy announcement that Gotham Knights would only be playable in 30 FPS on Xbox Series and PlayStation 5 consoles. It sent social media into an uproar about whether this was acceptable on this new generation of consoles. While this debate rages on even today, The Callisto Protocol has decided to jump into the conversation to confirm that 60 FPS will be an available feature at launch.

This announcement was revealed on the game’s official Twitter account. Not only did the developers confirm a 60 FPS mode, but they also reaffirmed that the official release date is still December 2nd. This was due to rumors that had begun circulating earlier today that the game would be delayed into early 2023. These rumors have now been debunked now via official channels. This means gamers can continue to be excited about The Callisto Protocol releasing later this year and will hopefully be taking survival horror to an all-new level. With a series of amazing dark trailers under its belt, it certainly looks like a wealth of horror will to be had this holiday.

We would love to inform you all that we will be shipping globally on December 2nd. And yes, we'll have a 60 FPS performance mode.

Will you be checking out The Callisto Protocol when it launches in December? Or will you be waiting for the Dead Space remake coming early next Spring?  Let us know in the comments and don’t forget to check back for the latest gaming news and information.