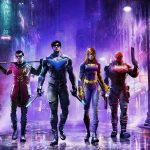 You are reading
How Gotham Knights Killed its Hype

Ever since its initial reveal, the upcoming game Gotham Knights has had an uphill battle. It had been seven years since Batman: Arkham Knight and the long-awaited follow-up to the title felt lukewarm in its presentation. Fans of Arkham Knight were expecting a meaty single-player title and instead got a cooperative-focused title. Those who wished to play Batman instead got four different characters that all have to share screen time with. Reducing the chances of fully fleshing out these characters.

But the gameplay and other elements of the structure of the game would not come until later. Where Warner Brothers Montreal raised significantly more eyebrows in the wrong manner. Over the last few weeks, there have been troubling and shocking revelations and developments about the game. Shifting the tone from sparse excitement to pure skepticism. But to get a good feel for where the red flags started to pop up. That will be a fun journey.

Too Little, Too Late

Some called it a win, while I called it a concern when it was announced that Gotham Knights would be dropping last-generation console support. This would drop support for the following consoles:

The attempt for this was to make it appear that Gotham Knights would be a true taste of next-generation gaming for the Xbox Series X|S and PlayStation 5. However, this news came in May of this year. Meaning that the decision was made suddenly toward the game’s launch in just a few short days. This would amount to basically no changes in the game’s design or graphical fidelity. As the game looks inferior to the previous entry on last-generation hardware seven years ago. 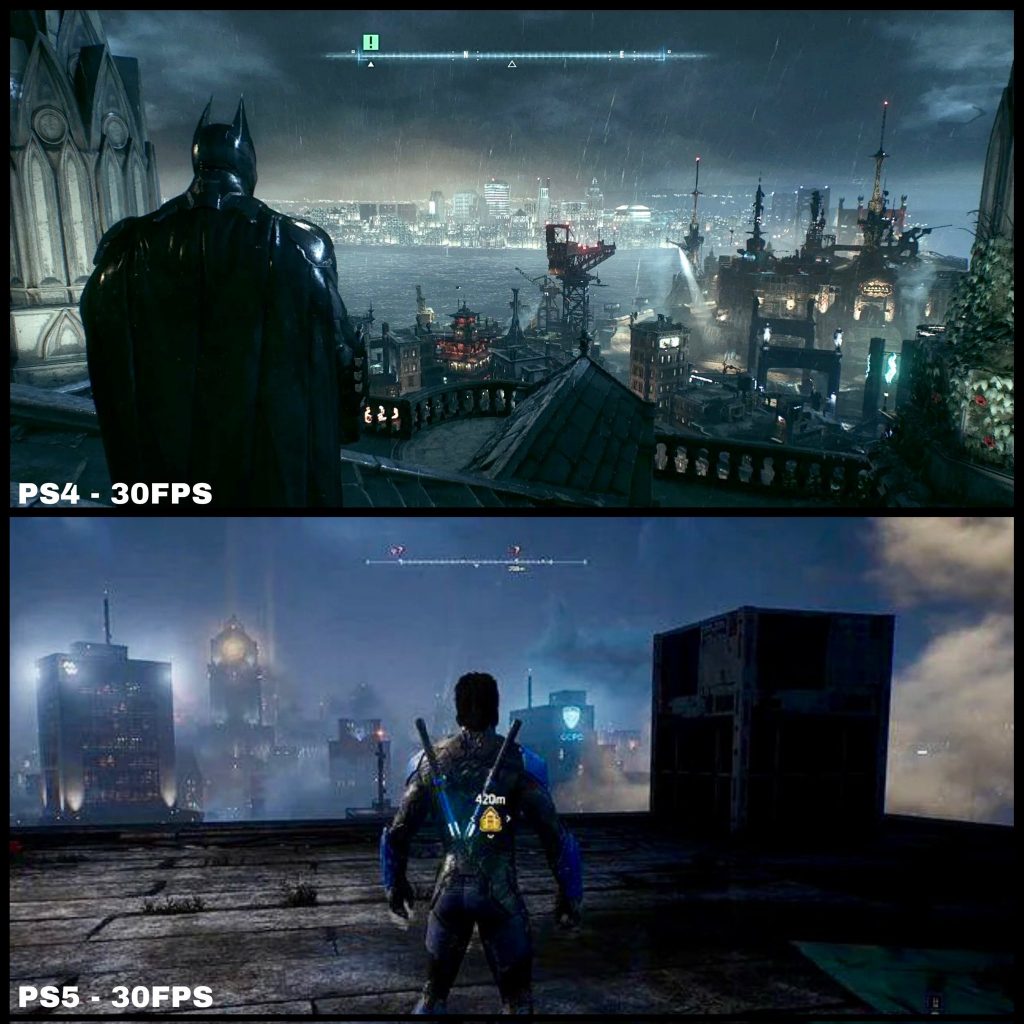 It’s Quiet in Gotham Knights, a Little… Too Quiet

While trailers galore from DC FanDome to Gamescom for Gotham Knights were front and center. One thing that players have come to expect in the PC space as well as the console space. Has been the “Specs” reveal and performance reveal for next-generation consoles. As to be transparent with the fans and to get them excited. This did not happen. Many reviewers spoke about the lack of graphical options on consoles. But that changed as on October 14th at 5:39 PM CDT one of the community managers stated in the Gotham Knights Discord channel the following: 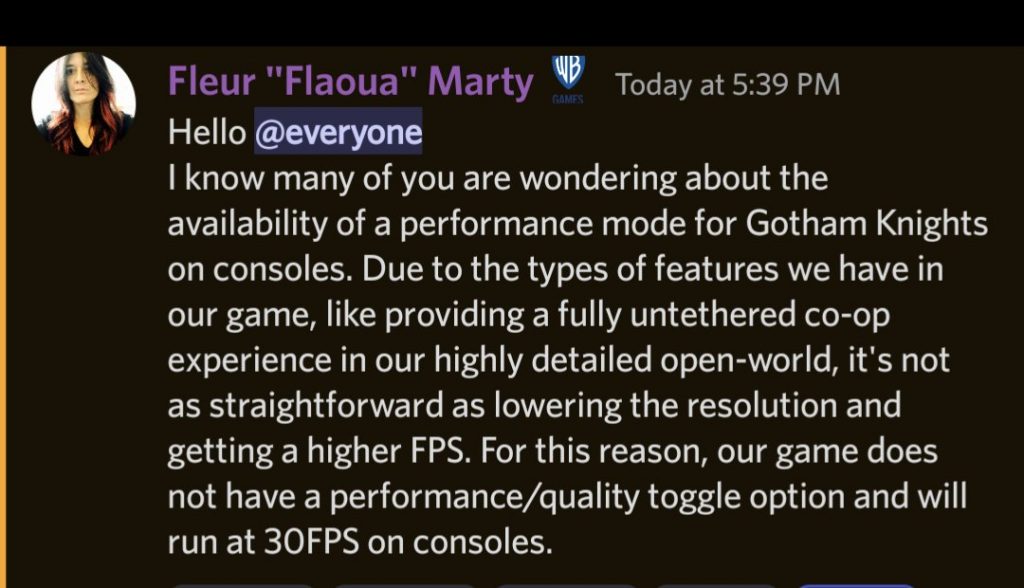 This news at the snap of a finger caused a weekend-long backlash across every social media platform. On Twitter, all three tags “30fps”, “60fps” and “Gotham Knights” trended until yesterday. The Discord mods in the channel threatened people backlashing to use a separate channel to vent their frustrations and shortly after put a five-minute timer between messages in that specific channel to reduce any and all feedback. Both positive and negative. While the excuse provided does seem logical. Here are the specs for the PC that came out today: 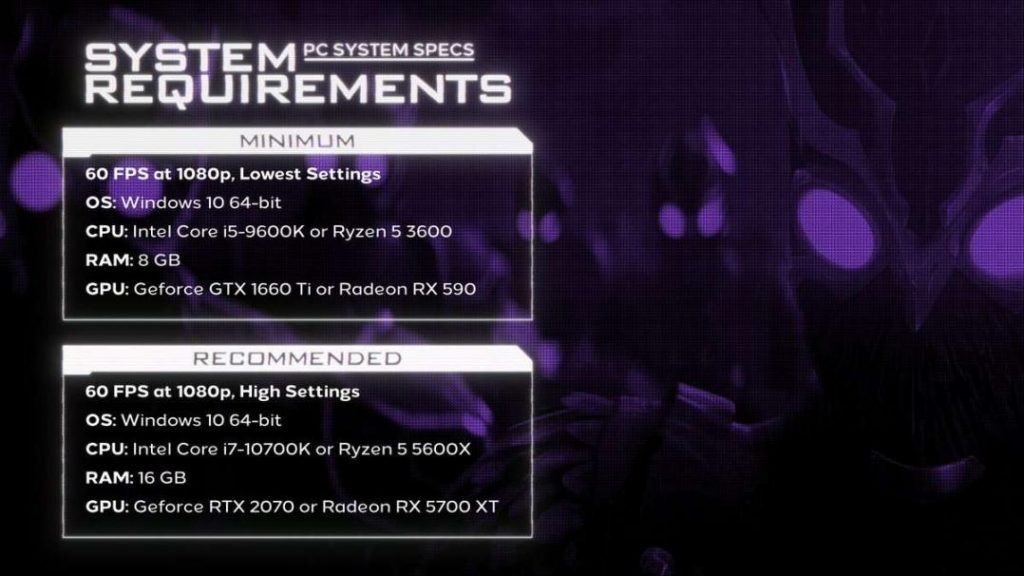 The Xbox Series X|S as well as the PlayStation 5 are more than capable alternatives to the minimum specs to run at double the framerate. If the PC version could not run above the console framerate due to the same untethered cooperative excuse then there may be some credibility but these specs more than bury what was cowardly stated not on any of the regular social media channels. But there is one last spicy cherry on this sundae that did more damage to the discourse of the game overall.

One day after the news broke on the 14th. A character artist working on the upcoming title Suicide Squad came out on Twitter to provide a form of backup against the ongoing backlash. However, upon his high horse, he only fueled the fire even further. As his responses and tangents ranged from declaring that gamers are being charged too little for the game even on current generation consoles. As the definitive version of the game is sixty dollars on PC and seventy dollars everywhere else. To other various silly deflections. 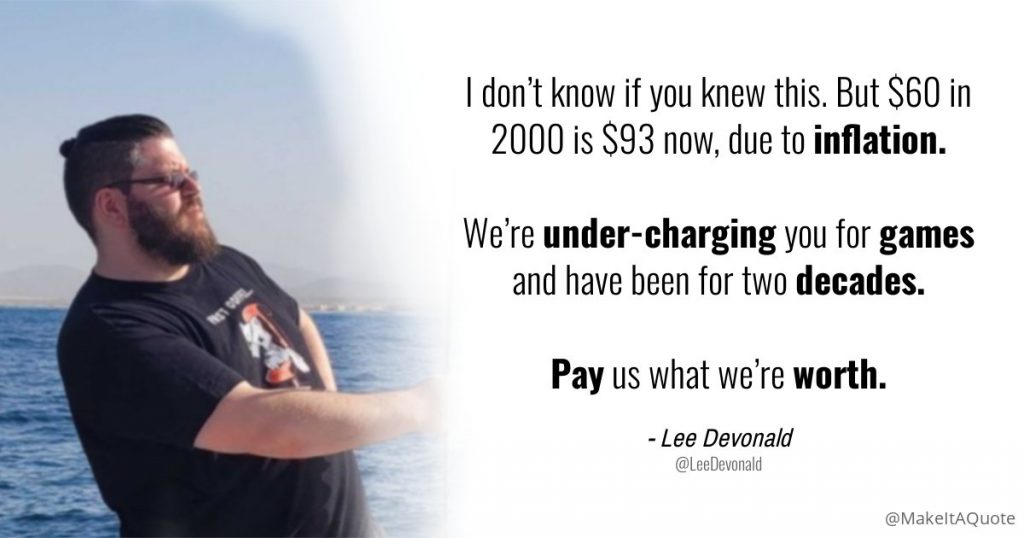 As he did not stop there. Gamers on Twitter did as they usually do, they combed through his Twitter account and found very disheartening behavior from the developer. As he commonly openly mocks the Xbox Series S with vitriol you would only find in obscure console war accounts as so: 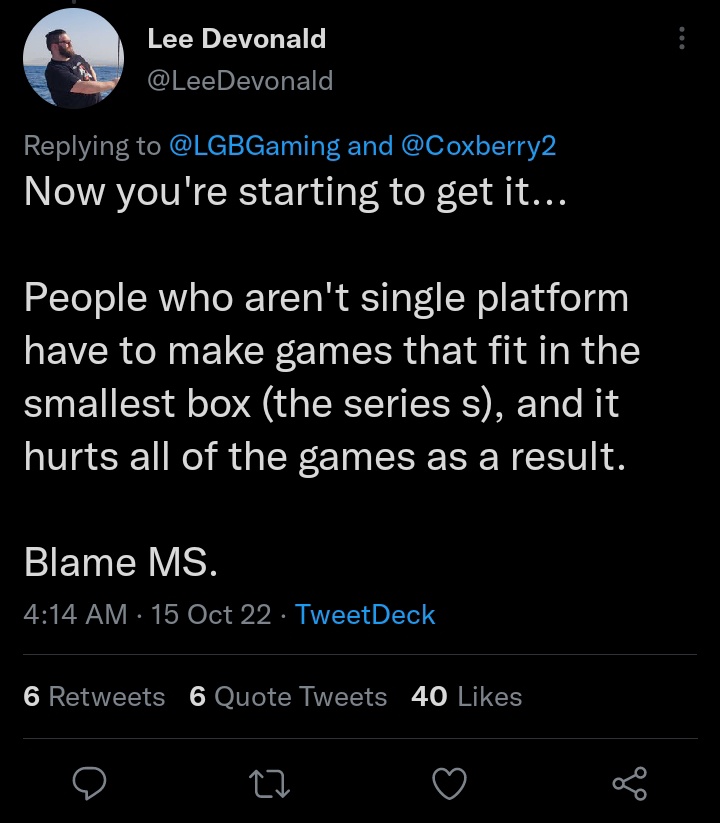 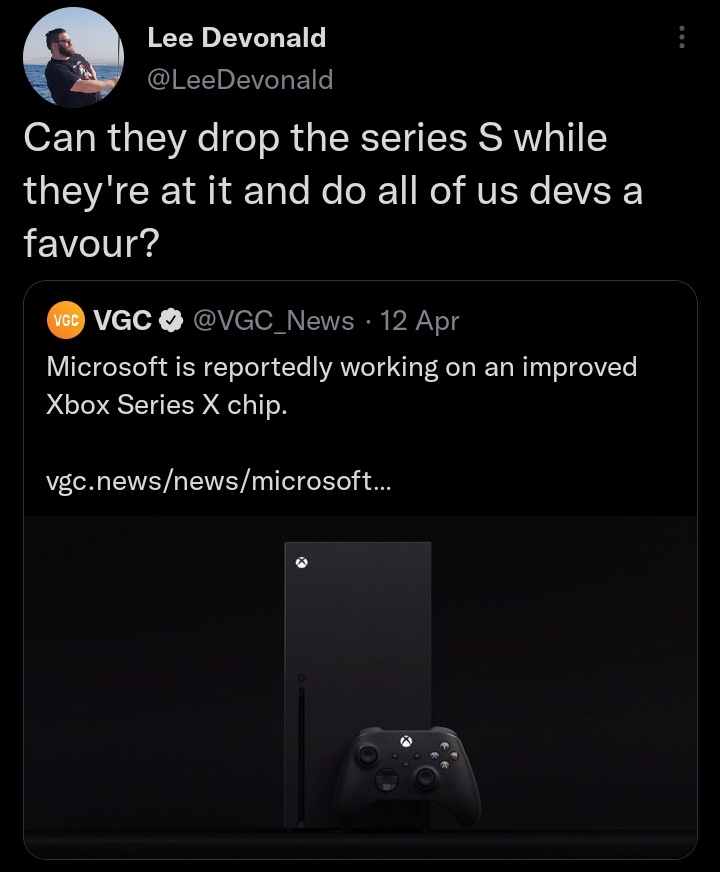 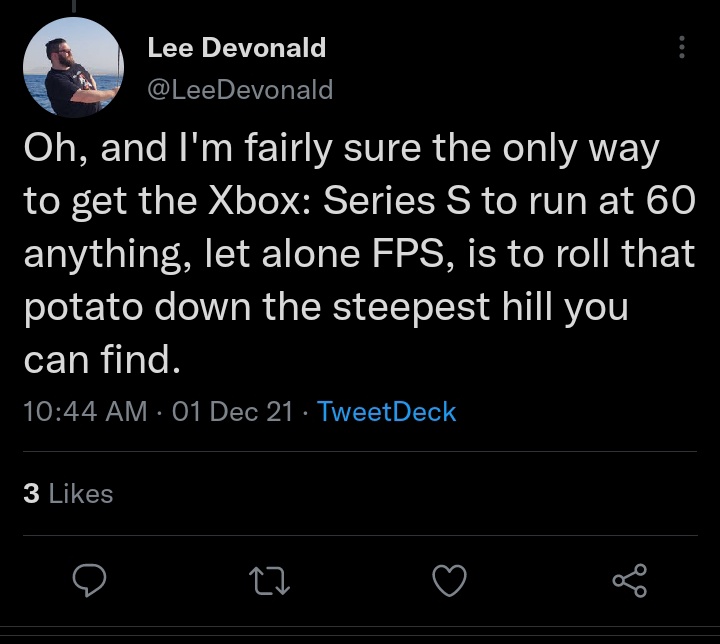 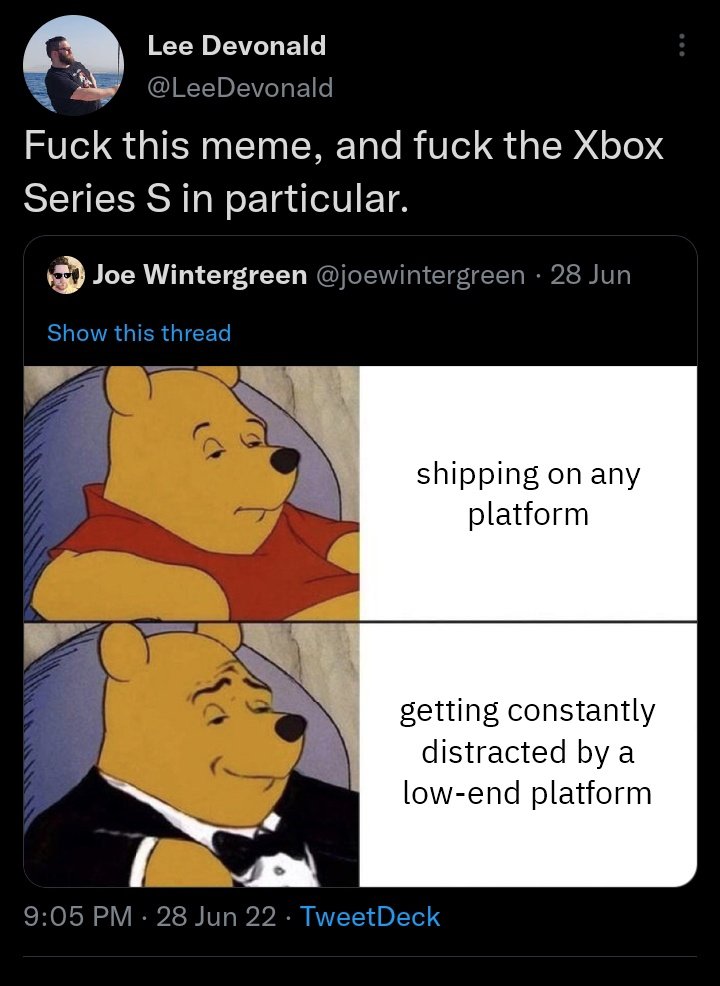 Currently, his Twitter account has either been deactivated or deleted. So any further evidence of his unprofessional behavior is left to the void at this time. Whether this was involuntary or voluntary remains to be seen. But his position at Rocksteady has never been in-game/level design or engineering. So very little credibility can be given to his claims, especially considering he is not working at the studio behind Gotham Knights.

However, despite his disheartening behavior, any and all personal attacks toward him are inexcusable. May his work continually improve the upcoming Suicide Squad title and beyond.

Leading up to this week of fiascos, Gotham Knights did have some excitement across the general gaming community for its launch. But the lack of transparency can be viewed as cowardly. Especially considering the studio is working on a game centered around heroes going up against insurmountable odds. They at any point had the opportunity to relay the information on console performance and PC specs. But did not say a single word until reviewers of the game created the conversation.

Perception of the backlash could have been completely unwarranted until Lee Devonald decided to attack the gaming community over a game he has nothing to do with. As well as dropping last-generation console support when, in reality, it did nothing but expedite the game launching. Even in its seemingly unoptimized state.

I am not here to tell you to not buy Gotham Knights but I would not be doing my job if I did not ask you to be skeptical. If you play on consoles you are being overcharged for fewer options being given to you as a consumer. While if you play on PC you will need extremely good hardware for a game that does not look in the least bit better than a game from seven years ago.