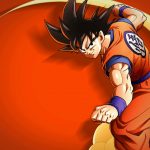 Games being broken at launch has become more commonplace in the past decade. While games continue to have more moving parts within their engines that can break down, developers are often quick to patch and fix issues as quickly as possible. This is especially true at launch, with some studios rapidly pushing out multiple patches within the launch week. However, what is much more uncommon in the gaming industry is a game becoming broken post-launch. Especially when the issues break the game to the point of it being unplayable. However, it appears that this has happened with the Xbox version of Dragon Ball Z: Kakarot.

On January 12th, the official Dragon Ball Games Twitter account posted an update. Stating that the Xbox Series update of Dragon Ball Z: Kakarot would be delayed until further notice due to technical issues. These issues caused players on January 13th to not be able to progress past the home screen of the game. In more severe circumstances some players were having some save data corruption, which led to losing all of their progress within the title. This issue was exclusive to the Series consoles update, it did not affect any of the other platform versions of the game. It was clearly stated, however, that the Xbox One version of the game was still working.

Due to a technical issue, the update of #DBZK on Xbox series will be delayed until further notice. Our technical teams are investigating the matter.

Then later that day Dragon Ball Z: Kakarot publisher Bandai Namco released a troubling blog post. It was revealed that due to Xbox Series consoles automatically updating to the next generation version of the game. The publisher was going to postpone the BARDOCK-Alone Against Fate DLC and the Season Pass 2 content for Xbox consoles. The issues with the Xbox version of the game are so bad that they specifically state that

“We ask our customers to refrain from playing the game until the problem is resolved.”

It takes a pretty dire situation for a publisher to come out and make a statement that you shouldn’t play the game.

What Is The Situation Now?

It has been over a week, and there has been no update from Bandai Namco in regard to the issues facing Xbox players with Dragon Ball Z: Kakarot. There is no doubt that there are developers hard at work attempting to fix this issue. However, the radio silence from Bandai Namco is deafening for Xbox players. Many of the Dragon Ball Games Twitter posts are filled with fans scrambling for an update from the publisher, unfortunately to no avail.

The game being in this state considering it launched back in 2020, is almost unheard of in the industry. Clearly, Bandai Namco knows it needs to fix this issue for its fans. But it also needs to be transparent about how it is progressing. Especially, as they continue to sell the game on Xbox platforms.

Credit to Twitter user Perfect Shogun for bringing this issue to my attention.

What do you think of this current situation? Let us know in the comments and don’t forget to check back for the latest gaming news and information.