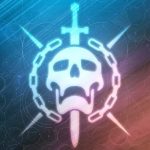 You are reading
Destiny 2: Lightfall Raid Date and Sandbox Changes

Bungie continues to build hype for Lightfall. Destiny 2’s next expansion is shaping up to be a breath of fresh air for players. Additionally, the developers are hard at work with quality-of-life changes and installing new blood to the game’s sandbox. Bungie delivered several, jaw-dropping updates coming soon including the Lightfall raid date. Here are the highlights including Destiny 2 sandbox changes. 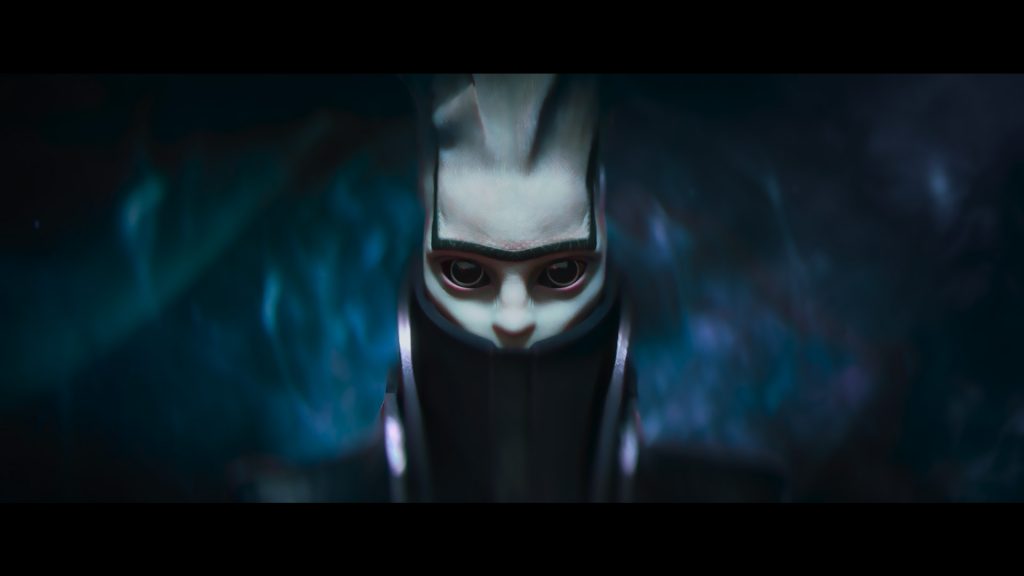 Traditionally, new raids have launched on Saturdays within Destiny. However, Bungie has begun cementing Friday as the new kickoff for the raid race to be crowned “World’s First.” Lightfall continues this trend as the next raid for Destiny 2 launches on Friday, March 10. This is the second Friday after the premiere of Lightfall (February 28).

Lightfall brings the long-awaited ability to create custom loadouts within Destiny 2. This will eliminate tedious inventory management or time using a third-party app. Subsequently, guardians will have ten loadouts for their guardian. Each has labels differentiating between game types/builds and is easy to swap. Unlocking all ten will be tied to the new “Guardian Ranks” system.  Additionally, mods are receiving a huge rework with the new Destiny 2 sandbox.

Bungie aims to bring clarity to the mod system and change its current structure. Previously, players relied on Ada-1. Now, all mods are unlocked for players in the current sandbox. Lightfall continues this trend. Achieving Guardian Rank Six unlocks all mods in the game. However, players with ample playtime before Lightfall begin at this rank.

Next, energy requirements are being removed from mods and armor. Thus, mods are being reorganized and given new value. Bungie is also reducing the cost for certain mods and changing the application for weapon-specific mods. Weapon loader mods will grant benefits based on damage type rather than weapon family for example. 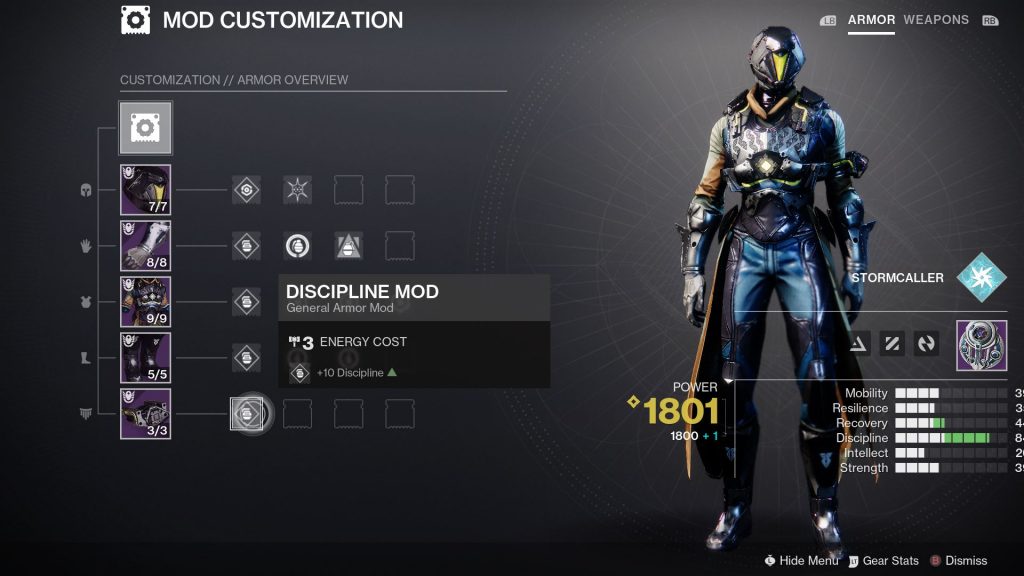 What about artifact mods? These are transforming into perks rather than traditional mods. Their abilities are applied passively rather than socketed once unlocked. However, you can only unlock twelve artifact mods at a time. This prevents further power creep and keeps balance to the Destiny 2 sandbox.

Match Game is a bane to many players’ experience. This modifier increases the resistance of energy shield types unless damaged by the matching energy. Many players felt limited with many encounters inside the game. However, Bungie is eliminating Match Game. This modifier exists no longer starting in Lightfall.

Champions also bring many pain points to endgame PvE. These enemies further dictate the player’s choice of weaponry. Bungie is adding ways to deal with them. These new options are tied to your subclass.

Elemental Wells and Charged with Light headline the premiere builds for Destiny 2. Lightfall combines and reworks these mods. They fall under the new Armor Charge mod system. Equipping any Armor Charge mods gives access to passive effects. Picking up an orb of power gives a stack of Armor Charge when any mod is equipped for example. Players begin with three stacks as a maximum.

However, each stack passively falls off after ten seconds with self-buff mods. Certain mods increase this timer. Others increase the stack to six.

How many stacks are used by an effect varies between mods. Lastly, empowering finishers will now consume armor charge instead of Super energy.

Elemental Wells can no longer be created. Previous sources act as alternatives to gain stacks of Armor Charge.

Additionally, these will grant other benefits or ability energy when picked up. Some mods will not come to Lightfall. This includes all Warmind Cell mods. Enjoy them now before they are deleted.

Airborne Effectiveness failed to accomplish Bungie’s goal. Bungie aimed to balance the Destiny 2 sandbox ahead of Strand. Strand gives guardians greater maneuverability, especially in the air. Airborne Effectiveness reduces the accuracy of your weapon in the air. This was lessened with specific mods and loadouts. However, it continues to be a thorn in the PvP community’s side. 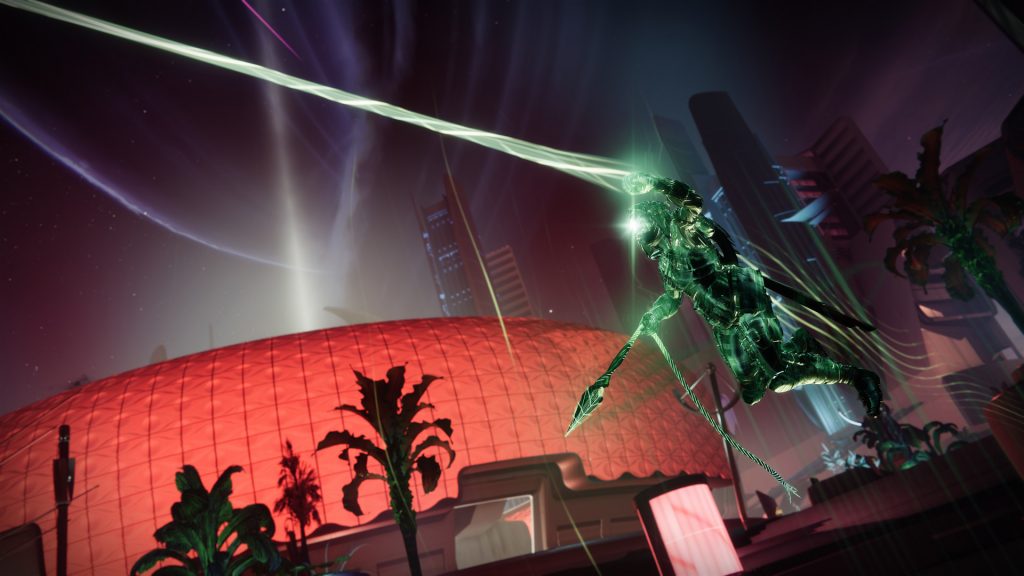 Therefore, Bungie is reverting these values for primary weapons. They should behave similarly to a weapon with the Icarus mod equipped pre-airborne effectiveness. Other weapons, including pulse rifles and SMGs, are also being balanced. These changes and more will be coming in the mid-season balance patch for Season of the Seraph.

Tortoise and the Hare

There are a lot of changes for this season and Lightfall. The Destiny 2 sandbox will feel like a new sequel if everything goes smoothly. Bungie continues to work hard in providing a fun and engaging experience. However, they have their work cut out for them.

The engine continues to strain against the load with current-gen consoles and dev cycles. The ship is barely holding on at times. Yet, Destiny 2 brings a wow factor that catches players by surprise oftentimes. Also, Happy Lunar New Year. Destiny 2 has a new Evervess bundle for sale in honor of the holiday up. Additionally, use the code below for a new emblem.

Join your fellow Guardians in welcoming the Year of the Rabbit! Add a brand-new emblem to your collection and join in on the celebration.

Players can find the full TWAB blog post here. Additionally, the build craft blog post is here. Are you excited about these changes? Have you preordered Lightfall? Let us know in the comments down below. For all things Destiny 2, remember to bend the knee in the realm of Lords of Gaming.