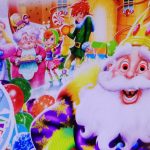 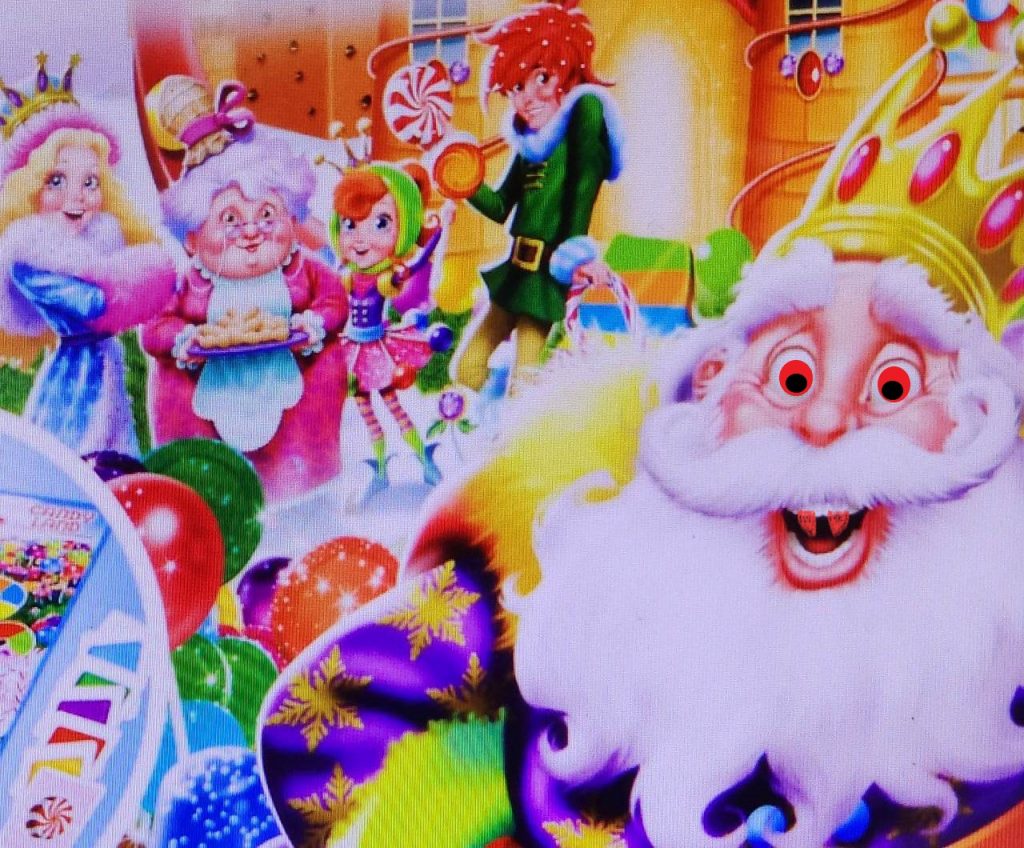 I can’t be alone on this. When my kid wants to play a board game it elicits mixed feelings. If you’re a nerdy parent you want to encourage gamerly instincts. But here they come with a huge grin, their hands gripping a copy of Candy Land tight.

The bearded face of King Candy locks eyes with you, laughing silently.

His eyes see into you, beyond you. You spiral into darkness. With senses deeper and more real than hearing you can tell he is still laughing. Always laughing.

I will sink facedown into the Licorice Lagoon if it makes my son happy. I’ll cheer for the game-changing swing of a double red. But my joy will be hollow as the promises of the dastardly Lord Licorice.

We knew there had to be a better way, preferably not featuring Licorice.

It took years, but we did eventually find board games that are fun for him and us. The result of that painful trial and error is now before you. You can just find this online, with no effort required at all. Unbelievable.

Here are some great Board Game options that get a lot of play around here:

First off, just so I don’t lose you out of the gate, a goldilocks game. Not too complicated or cartoony, and not too simple or serious. Just right. 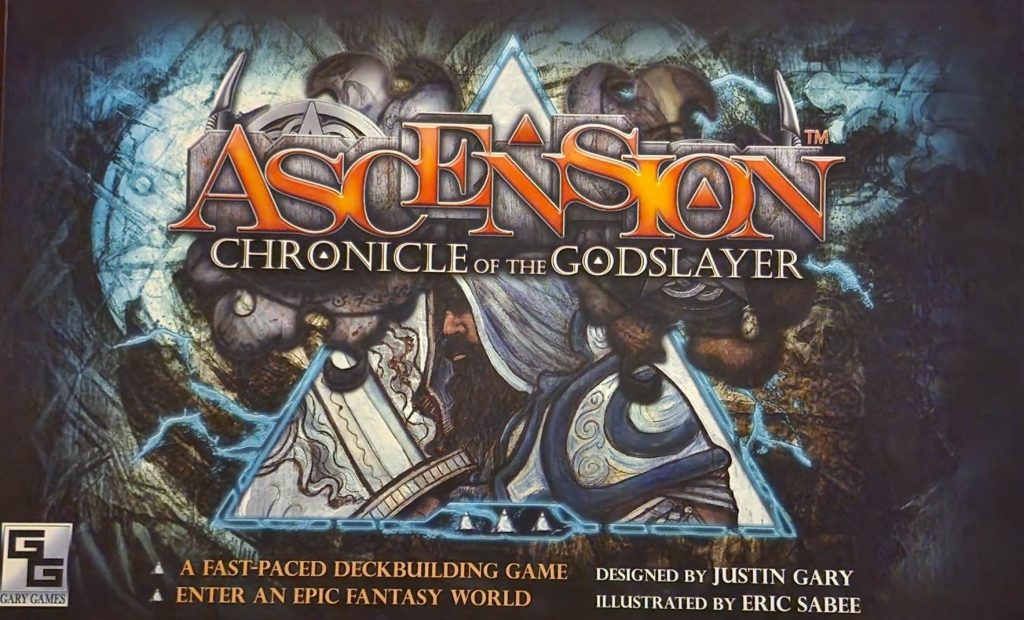 He is definitely gonna smootch that sword.

It’s Ascension: Chronicle of the Godslayer

Ok, I know what you’re thinking, it sounds like Wizards of the Coast put out a death metal album. That’s fair, really. The art is pretty weird, with an early Magic: The Gathering vibe. And sure, the lore is about, well, killing a God. But there is nothing truly inappropriate here. Just a lot of silly over the top nonsense.

It’s a standard deckbuilding game with just a few twists. That means each player starts with their own deck with the same terrible cards. As the game goes on they use them to buy better cards.

The game has a center row, filled with monsters and not-monsters. You use deadly red circles to defeat monsters, and triangles of rarest gray to buy not-monsters. As you defeat or purchase them, new cards come out. When you buy a card it goes into your discard, then when you run out of cards in your deck you shuffle them all together and start the process all over again. It’s fast-paced and while there is skill involved, it does rely heavily on luck.

The kid’s been playing it since he was about five. Even when he didn’t understand what every card did, he could understand the basic game flow. And he’s always loved looking at the pictures. At eight, he’s now a pretty solid competitor in our games. 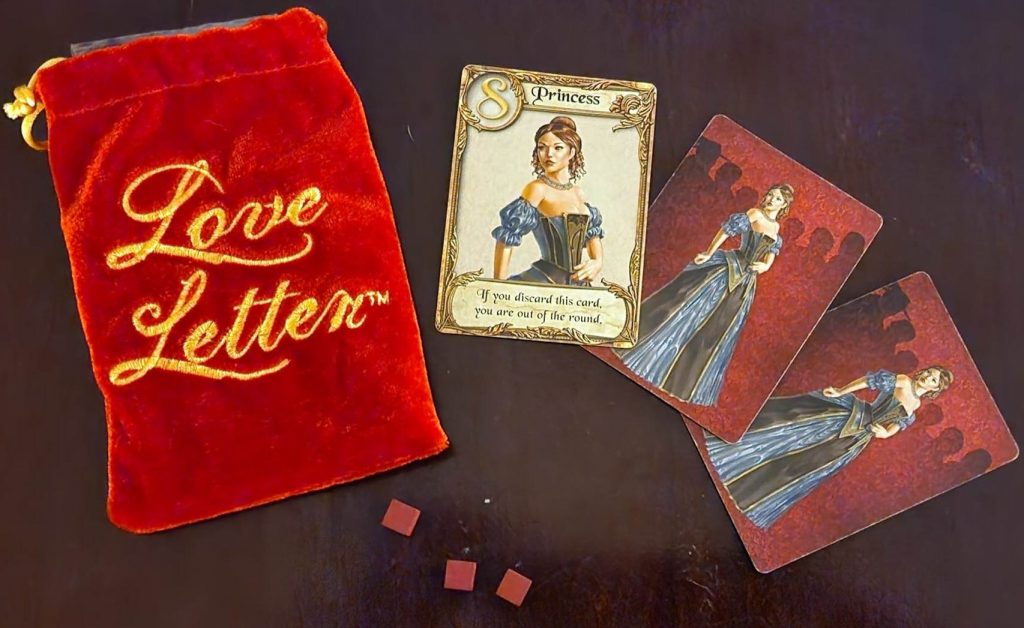 Next, We Have Our Son’s Favorite: Love Letter.

This is a very different card game, the theme of which is ostensibly a medieval…er…Elizabethan maybe? I actually have no idea what era it’s supposed to be in, let me check.

So it should be clear the theme is not important to the game. It’s why the game has been rethemed dozens of times, Monopoly-style.

Do you have a young gamer who will only play Star Wars games? There’s a version for them!

Your child can’t get enough of the existential horror of Lovecraft? Get them to a psychologist! Just make sure to pick up a copy of Lovecraft Letter on the way.

No matter which version you get, it plays the same. All you have to do is draw a card, then play a card. Each card has an ability that activates when it’s played. When all the cards have been played, the player holding the highest card gets a point.

But that’s just the surface. Played cards are public information, so you can track what the other players have. You can also gain hints about the cards held by the other players by using the cards’ powers.  If you can guess another player’s card, you can knock them out!

Ok, Ok, I know. I hear your disgust at the idea of player elimination, but don’t worry. You play the game in multiple quick rounds, so they’ll be back in soon. If you’re the only one left in the game for a round, you get a point!

As people win points and get closer to winning, alliances shift to stop the front-runner.

We’ve been playing this with our son for as long as he can remember. He loves it when he guesses correctly, especially with no information at all.

It’s also online at Board Game Arena which is great when we can’t find a third otherwise. 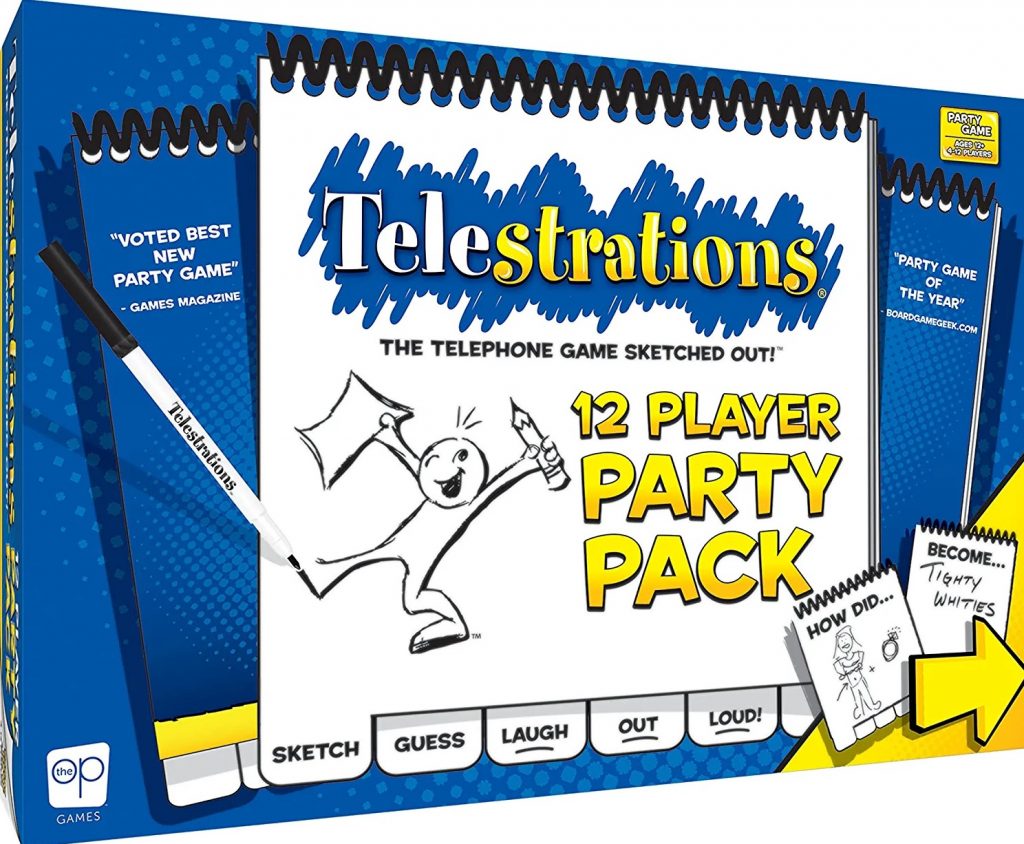 Telestrations (originally Eat Poop You Cat! which is way too amazing of a game name not to mention when you get the chance) is more on the party game side. But it’s probably my favorite of its kind. The kid loves the bizarre stories it produces.

Each player has a little whiteboard and erasable marker (or pieces of paper and a pencil). They each get a prompt, which is a word or short phrase much like in Pictionary.

Using that prompt each player draws a picture, then passes it to their right. The next player looks at it and writes down their guess at what the original prompt was, then passes on their guess.

And so on, and so on, until “Duck” slowly telephones its way out of the realm of animals and becomes a three-page treatise about proper care and maintenance for cold-war era Russian submarines.

Well, that may just be me.

If you want to you can keep score, but we rarely do. When it gets back to the starting players we read them back and enjoy the disaster.

It’s best if you can get more players, but even with just the three of us, it’s hilarious how quickly things can veer off in unexpected directions. 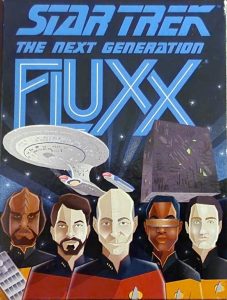 Yes, TNG starred four versions of Max Headroom and Worf, you are remembering incorrectly, I assure you.

And Lastly, We Have Chaos Itself in the Form of a Board Game: Fluxx.

For us, it’s Star Trek: The Next Generation Fluxx specifically. But Fluxx has more rethemes than even Love Letter. Per a lazy google search, there are currently at least thirty versions.

Fluxx has all its rules printed on a card that you put out in front of you at the start of the game.

It says draw one, play one. That’s it. You’re done. All you need to know. At first.

There are cards that will introduce new rules to the game. They can make you draw more cards or force you to speak in metaphors when it’s not your turn. Others will establish what the goals are. More will have one-time effects like shuffling all the players’ hands together and then dealing them out randomly.

Play out cards to match the goal, and you win! But by then, of course, the goal will change. And someone will have stolen your Jean-Luc with a teleporter and is now sending the Borg your way.

The kid loves the crazy swings the game has, and the inherent luck involved means it’s always anyone’s game. It’s also on Board Game Arena so easy to play anytime!

So that is it! These are just a few great games that are great to play with a kid of almost any age. If you’re a parent or even if you just have a niece or nephew you play board games with and you have any favorites let me know about them in the comments below! And for more board game content, check out our recent preview of Kingdom Come: Deliverance the Board Game.