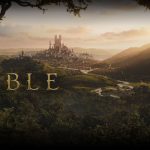 To many fans, the announcement of Fable was a complete shock, despite persistent rumors of its existence. The long-dormant franchise is well-beloved for its impactful world design, witty British-style humor, and outrageous promises made by then-creative head Peter Molyneux. However, Fable’s more recent outings were poorly received.

The series took an unexpected turn when it tried to pivot to a Kinect game and a defunct asymmetrical multiplayer title. These moves soured Fable to many long-term fans. No doubt, the last nail in the coffin was Lionhead Studios’ closure in 2015. However, with a new Fable in development, now is an opportunity to steer the long-standing franchise in a new and positive direction. LOGNET sat down with Lord Addict of the Iron Lords Podcast to talk about everything we want from the upcoming title. Here are the top 10 things we want to see in the next Fable.

Update: After talks with Lord Addict we changed a couple of things in the list.

Focus on Decision-Making and its Impact on the Game World 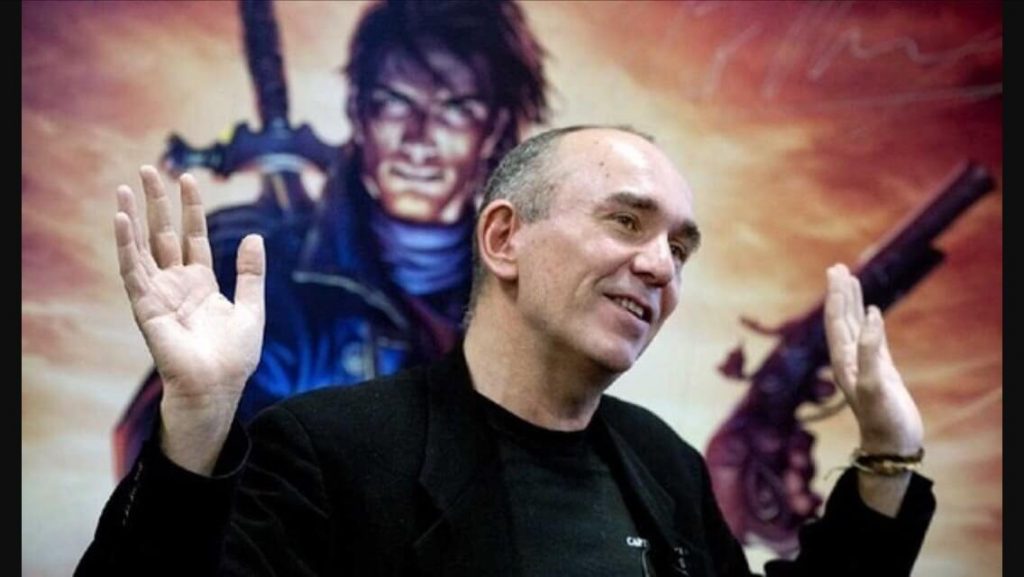 Remember the time Molyneux went on and on about how an acorn grows into a tree in Fable? We do. Although it raised a lot of eyebrows back then, we loved that energy. Yet, instead of trees, we want to see player decision-making impact the world.

Think of Mass Effect and you know what we are talking about. We want your decisions to have consequences and shape your world and relations with other characters and factions.

This is a contentious topic, and based on the teaser trailer, it looks like it won’t be the case. But perhaps Fable could turn down the British humor a tad. Game’s like High on Life showed that video games’ take on comedy is extremely subjective, and a hit-or-miss affair. Yes, we know that Fable is always known to have its British humor engrained in it, but perhaps toning it down a bit could help its lore and story shine and be taken more seriously.

Introduce the Antagonist Early On

Jack of Blades was a good antagonist in Fable, but he was introduced in the middle of the game during the arena encounter with Whisper. That is a tad late to introduce a game’s antagonist. Instead, Fable should introduce their upcoming antagonist early on, so players know what the stakes are and help flesh out the antagonist whoever it is.

Bonus wish –  The Queen of Blade is an ancestral enemy in Fable lore. She is a wicked adversary who could wield the legendary weapon the Sword of Aeons. She could make a great antagonist that will likely raise the stakes of conflict in Fable.

Make Your Rival Central to Your Character’s Development 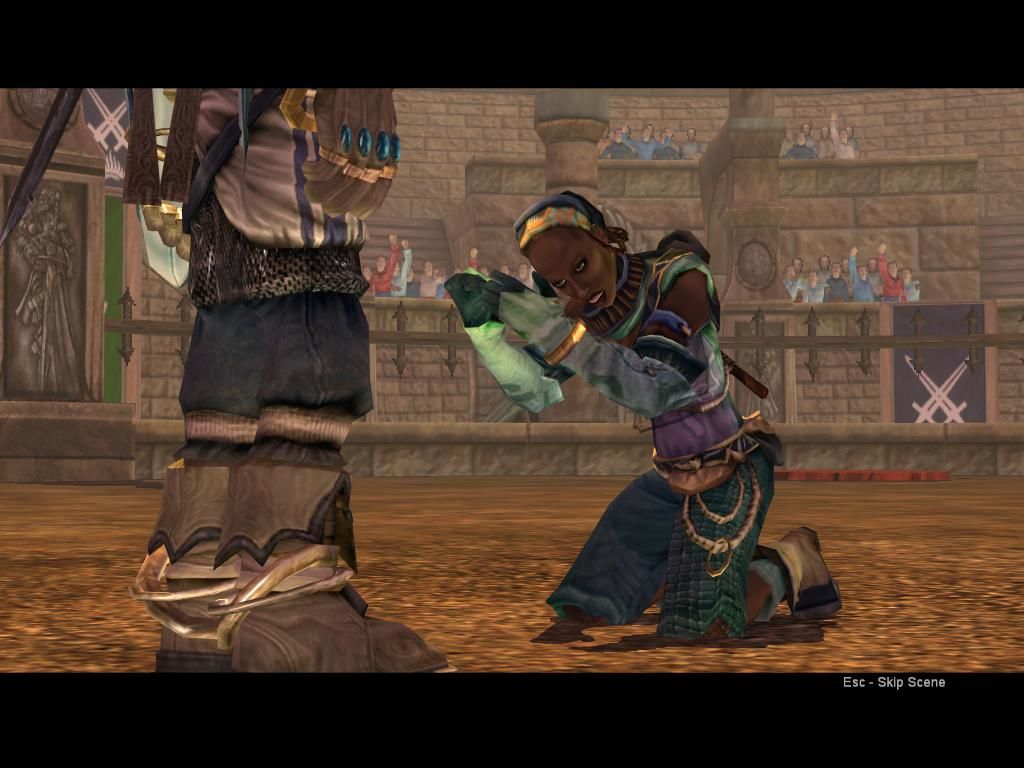 Rivals were a huge factor in the first Fable, and it started with Whisper. She grew up with you during the entire time you were trained to be a hero. Her purpose is to pick the opposite jobs that you picked. So if you pick a good guy quest if there was a bad guy one she will show up in the quest as the bad guy. The new Fable game should carry on with this concept and evolve it. Picture a Pokémon Ash vs Gary relationship. The rivalry needs to be a huge part of the game if anything a Yin And Yang. They need to be there to balance what you do, but we would like some features that allow you corrupt them if you make the right choices in the game.

Stick to Realistic Graphics and Art Style in Fable 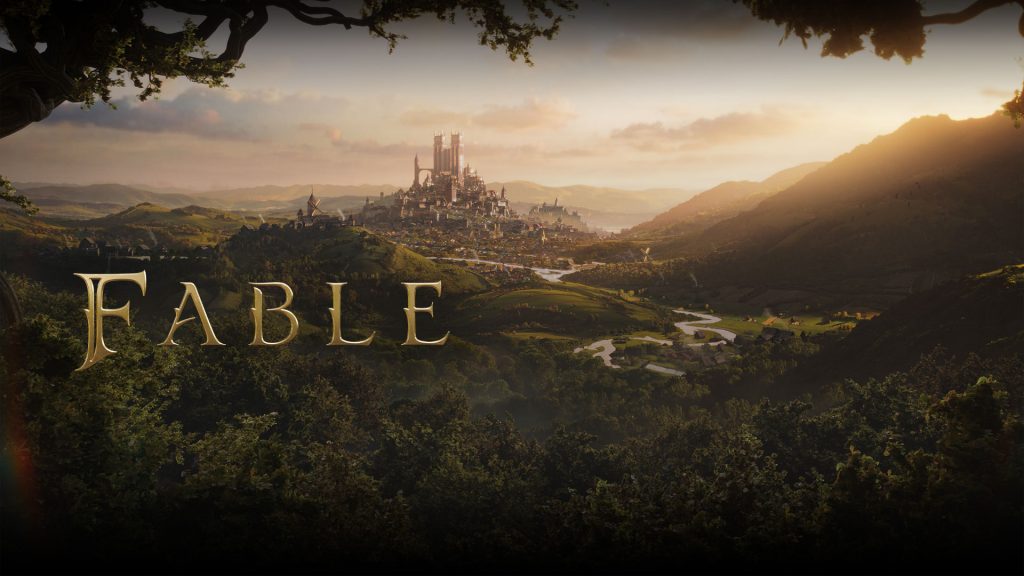 We think this one is in the bag, but it looks like Fable will be aiming for a more realistic art style and graphics. Although its previous arty style was charming initially, it did not lend itself well to the darker undertones found within Fable’s lore and world. Hopefully, we can avoid that scenario with the reboot. 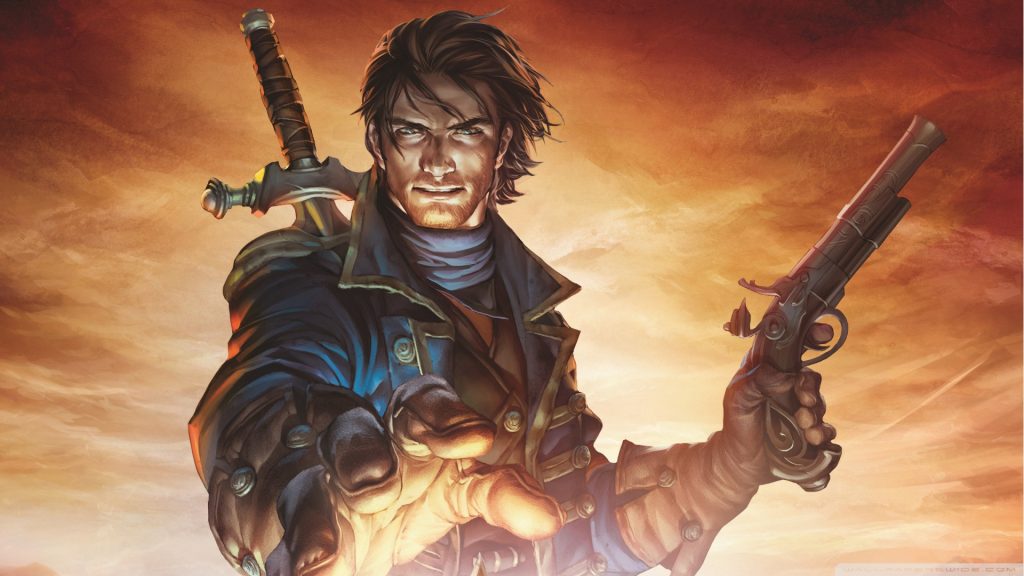 Some of the most memorable video game characters in history were silent or part silent characters. Usually, Link from the Legend of Zelda games comes to mind, or Samus from Metroid.

Fable was also known to have silent and customizable protagonists. However, if the developers want to create a narrative that resonates with players, they should opt to provide a character voice. Cyberpunk did this quite successfully, despite its issues, and the same could be done with Fable.

Fable had a good run in novels (7 books in total) that fleshed out storylines, lore, and characters. They are a great source of story content that could help guide the new game’s narrative direction. Playground Games should seriously look to the novels when designing their narrative. Doing so will help keep the reboot true to the source material.

The Upcoming Fable Should be a Prequel 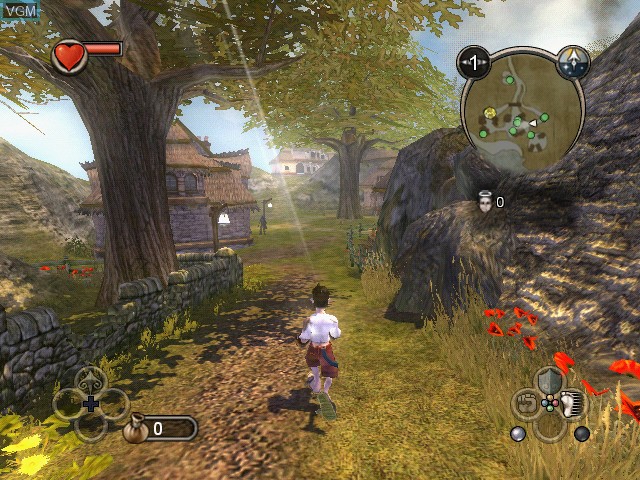 At its core, Fable is all about a family of heroes. Each hero is a direct descendent of the original archon hero, Willam Black. The protagonists of all the mainline Fable games are direct descendants of William. Now, what’s nice about the upcoming Fable game is that the developers can choose where and when the game can take place.

It would be awesome if the next Fable is a prequel. It would help flesh out the lore from the novels and seamlessly tie into the rest of the games from the series.

Look to Soulslike Combat and Controller Layout, but Ditch the Stamina 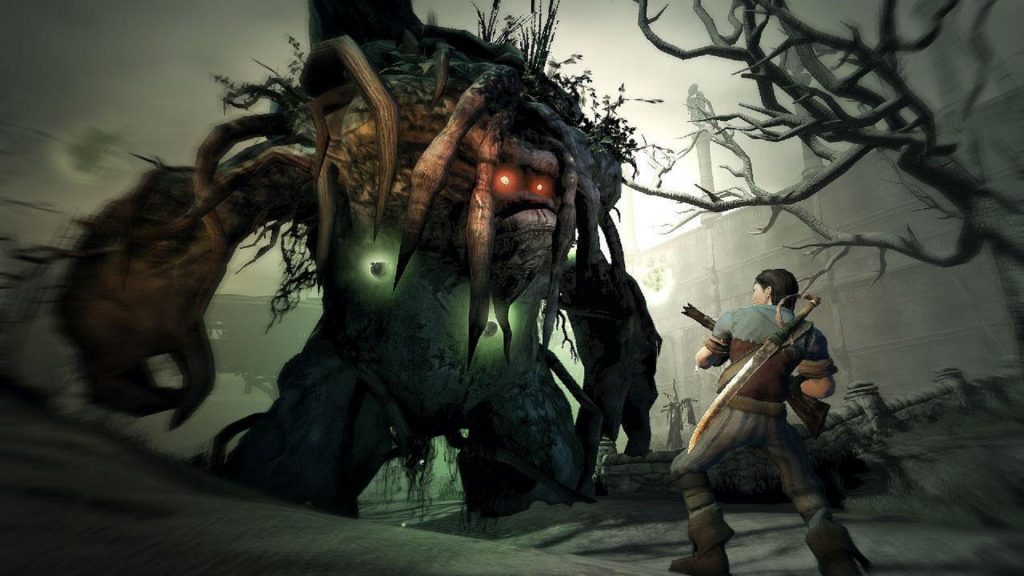 To say soulslike and more recently, Elden Ring, have impacted video games is an understatement. Their controller setups are increasingly becoming default set up these days. Rather than swim against the tide, Fable should fully follow the flock when it comes to their combat and controller setup.

R1/RB and R2/RT should be your light and heavy attacks respectively. And combat should be more meticulous and grounded like Dark Souls. However, Fable should not incorporate a stamina meter. Combat should be fast, fluid, and responsive and perhaps a stamina bar will likely slow it down. 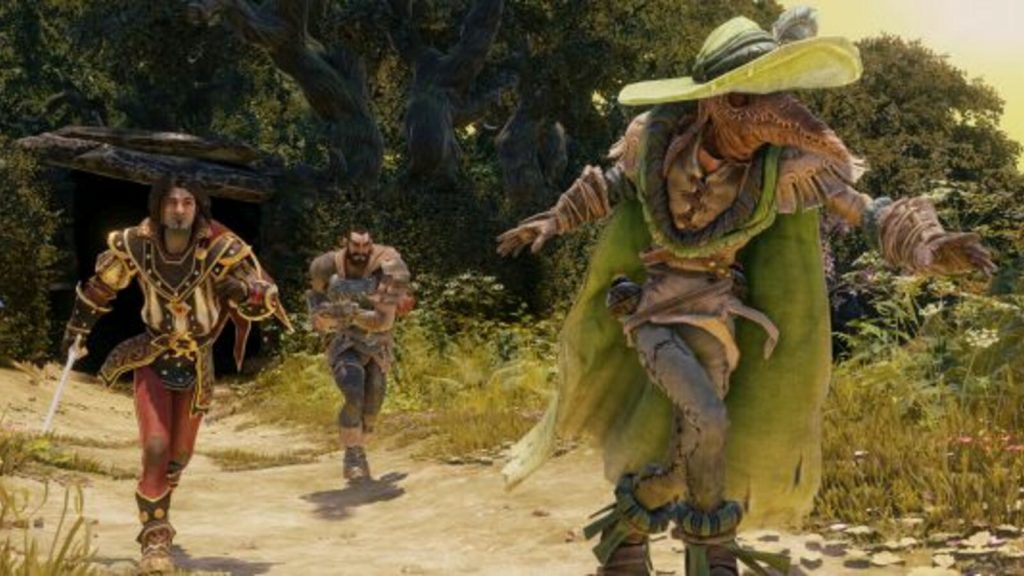 Magic has always been an essential part of Fable’s combat system. The new game should make sure that magic is fitting for all playstyles. Want to go for an elemental damage magic build? Go for it! Or would you prefer to be a healer? The game should allow you to do so. Magic should accommodate all different types of builds. 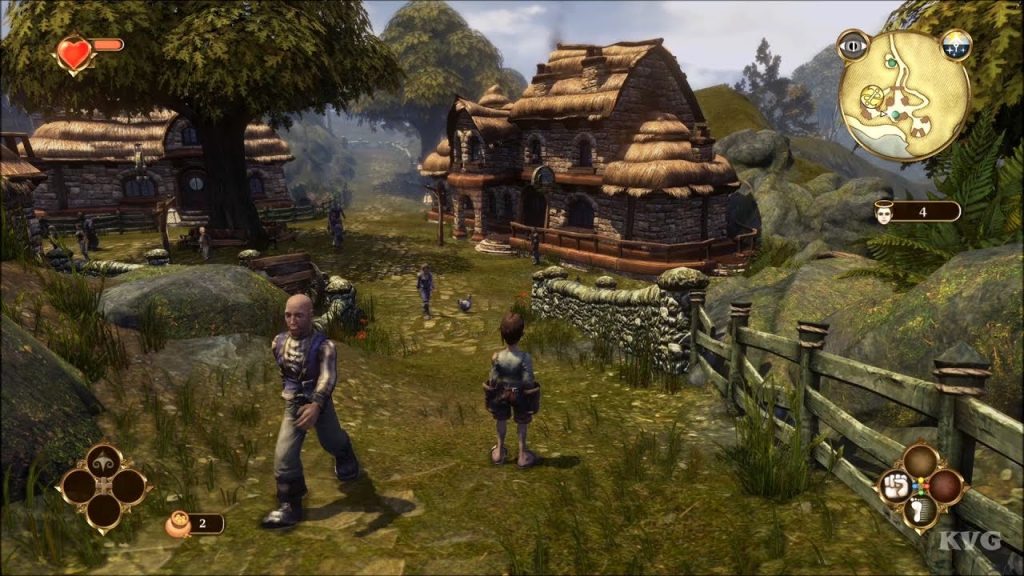 Ubisoft and Far Cry get a lot of flak for creating icon-filled open worlds to pad out content and rightly so. However, Ubisoft’s more recent titles tried to remedy this phenomenon by leading player discoverability to open up activities. It was a smart move to help keep bloat in check and also created more memorable instances of events in the open world.

What did you think of our Fable wishlist? Do you have your own feature to appear in the upcoming game? Let us know in the comment section below.