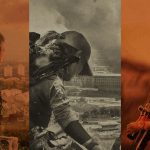 You are reading
Year One Guide for Agents of the Division

Guide for Agents of the Division

Year One for Post-Apocalyptic Washington D.C.

With the upcoming launch of The Division 2, information has been steadily released for the past few months. Yesterday we were treated with a video released by Ubisoft North America detailing its planned Year One content. Today, I have undergone a deep dive on what was shown and how it pertains to the Division 2 overall.

All updates to The Division 2 are free for all players. Year One pass holders are given access to Narrative Content 7 days early, as well as exclusive Division 2 lore missions which give you deep insight into the story. Narrative content is held within the updates and each will expand the story. The narrative of each update gives context to the activities and new modes.

Two specific announcements were made regarding 2 post-launch updates:

o   An enemy stronghold controlled by the Black Tusk faction.

o   First ever 8-player raid in The Division history.

o   One part of the End Game loop.

According to the video, players of The Division 2 will be receiving three completely free content updates throughout 2019 in the form of Episodes. Here is what we know about each Episode.

o   Takes you to the surrounding areas of Washington to liberate new locations from the Black Tusk and Outcast factions.

o   The conclusion to Year One of The Division 2.

o   For those that do not have the Year One pass, the release will stay the same but must be unlocked through gameplay.

o   Pass Holders will be able to earn exclusive cosmetic items for each new specialization released.

Throughout Year 1, maintenance updates, game balancing, bug fixes, events, loot, and cosmetics will be updated into the game.

Writer of everyone's opinions ever.