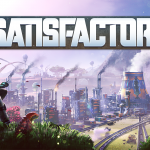 There are very few games I’ve seen in ‘Early Access’ that I feel have enough going on that I want to jump right in and start playing regardless of what may be perceived as a limited release while the developers continue their work on the overall game. Satisfactory, developed by Coffee Stain Studios (the leading purveyor of high-tech goat simulation technology) immediately captured me from the moment I saw gameplay footage where a hapless factory employee is hurling towards a foreign planet with a simple mission of beginning the construction of assembly equipment and production assets on an undeveloped planet. Once the pod lands you exit into a biome of natural beauty, the landscape is sculpted and colorful, blooms of flowers and light pierce the ground and sky alike. At this point, the video was closed and the Epic launcher was open and downloading Satisfactory on my PC.

Upon beginning this new adventure you are greeted by your trusty artificial intelligence ADA, she guides you through starting your first HUB, a small base for crafting and power production, and tasks you with finding your first resource nodes. Once you’ve started collecting iron and copper ore you start working to automate resource collection with the use of portable miners your progress is recorded with milestones that are tracked at your HUB. Although you may start small with manufacturing iron plates, rods and screws you begin to start having pods that will come pick up your manufactured goods and will drop off blueprints for more advanced machinery and tools to aid you in the exploration of the planet. 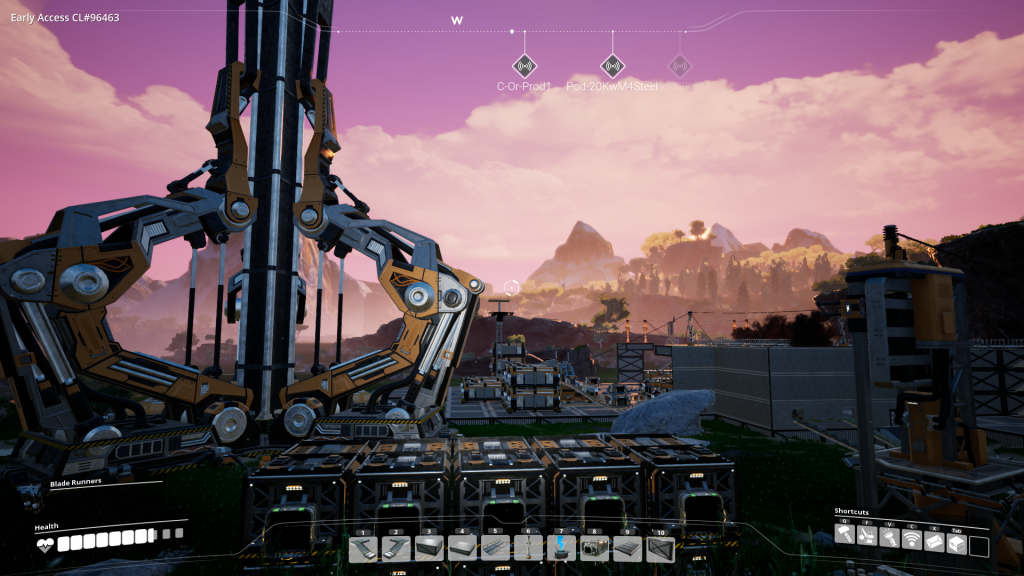 You are given a hefty amount of building options as you progress, from foundations and walls, a list of generators that can run on leaves, wood, and coal to utility poles and power lines, logistics that can be used to make conveyor belts to transport materials, miners that do as their name implies, smelters that turn raw ore into ingots, assemblers that can turn materials into usable resources, vehicles that can be driven or set to an automated mode to transport materials over longer distances than conveyor belts, there’s even a space elevator that is fricken huge! 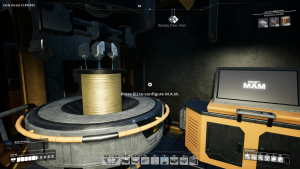 You can analyze materials and components to find new blueprints and make new resources.

Although the main objective of Satisfactory is to build it doesn’t come with a guarantee of safety on this foreign planet. There are several aliens that you’ll encounter that are aggressive towards you and will attack you on sight. Of the most prevalent, one that looks like a boar covered in scales that wildly charges around you. Another that hurls fireballs at you and looks somewhat like a horse with a hammerhead shark head. Then there’s these strange spider looking creatures that never attack alone. There aren’t just aggressive aliens on this planet though, there are some giant creatures that seem pretty content with just wondering around, one is a giant flying manta ray looking creature that totally reminds me of the massive whale that used to grace the skies of Tera Raising(all praise be unto sky whale). Plants also try to kill you, by the way, one of which spews bugs that explode. 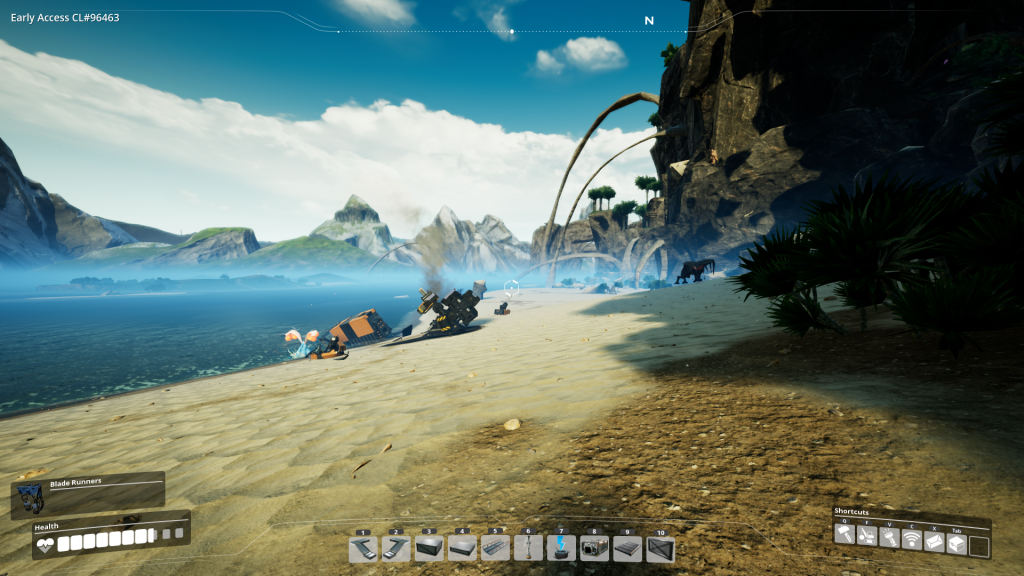 While playing Satisfactory, I found myself getting lost quite regularly, by this I don’t mean that I couldn’t find my way back to my HUB. I mean that I would prepare an escapade to find some new resource that I needed, I would only take the essentials to keep myself alive, build a few miners, some logistics, and storage, but while on my expedition I spot a crashed drop pod surrounded by alien creatures. I can’t just leave that can I? Apparently not, wait, is that a power slug on the side of that mountain?

Before I knew it I was 4 hours into my adventure, I used all my materials to build a bridge out to some floating island that had four trees on it, I had died falling into the same crevasse three times(twice trying to pick up all my stuff), died in a cave filled with Uranium which apparently radiates you to death, chased a creature named ‘Lizard Doggo’ trying to pet him only be attacked by an army of aliens that looked like spiders (creepy), and ended up returning to my base without any of the materials that I originally wanted to find and to top it all off I had forgotten to fuel up my BioMass generators before I had left and my factory hadn’t been producing any materials in my absence.

I wish I could say I truly learned something valuable about the fundamentals of the game mechanics that made me a better player but honestly what I came to understand from this experience was that it was probably the most genuine fun I’d have had playing video games recently and all I was doing was running through the woods aimlessly with little to no goal in mind. This whole process I’ve described would repeat itself nearly every time I would sit down to play, mainly because I would never pass up an opportunity to chase down and pet a Lizard Doggo.

Here’s one of the strange space spiders I encountered.

Hopefully, this all sounds as good of a time to you as it did to me, if it did, check out the Satisfactory website for news and updates on the game and the Epic Games page to purchase the early access version.

If you’re interested in other games by Coffee Stain Studios they’re hyperlinked here too.