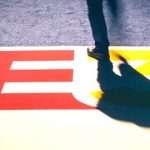 You are reading
Early June will Always be Gamer-Christmas

It’s that time of year again. The Electronic Entertainment Expo (E3) is in two weeks, starting with EA’s offsite conference on Saturday, June 8th. Like every year, we can expect a slew of game announcements, previews, and release dates. Heck, the constant stream of leaks and announcements lit the fuse early (see Call of Duty, Death Stranding, and next week’s Pokemon Direct among others). The hype train is going full speed, hurtling to E3.

Yet this is still going to be a very different E3. Sony (read Playstation) announced they won’t be at E3 in November in favor of other channels to share their news. The news sent shockwaves through the industry, questioning how many more E3’s there will be and if Sony’s move will become standard across the industry. After all, Nintendo has been doing online game presentations, called Directs, since 2011, and Sony itself has done similar presentations called “State of Play.”

These past few weeks all but confirm that early June is the eternal Christmas for gamers. We are still getting the same level of announcements that we have in past years, which in turn have generated the same excitement. This time is more exciting than the actual game releases due to a much shorter window (one week compared to six-months, generally), and less fear of disappointment. Outside of poor conferences (see Xbox’s 2013 conference), E3 doesn’t disappoint, and almost every announcement is a new gift.

So for those of you super excited, strap yourself in, and keep your ear to social media for the next couple weeks. The news is going to fly, excitement is about to skyrocket, and wishlists will write themselves.