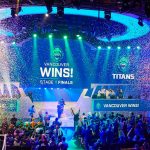 You are reading
Stage Two Playoffs Primer and Predictions!

Has it been five weeks since Stage Two started? Check. All playoff seedings and matches organized? Check! Strap in people, it’s Stage Playoff weekend! This stage set new records, saw titans falter, and ended dubious records. Eight teams enter, four teams will only get $25k (5th-8th), two will get $50k (3rd & 4th), the runner up gets $100k, and the Stage Champion gets $200k. The bracket is down below, but bear in mind that the teams get reseeded after the first round.

ICYMI: we finalized our Top 8 teams for our Stage 2 Playoffs last night. #OWL2019

Join us on Thursday for the Quarterfinals! 6PM PT, don't miss it! pic.twitter.com/bUKKpg66FV

So here we go: who’s playing, and who’s going to win?

The golden team is back to go the distance. San Francisco Shock went completely undefeated this stage, winning all seven matches 4-0. However, the Shock had a very weak strength of schedule (Hangzhou and Shanghai are the only teams that made the Stage Two Playoffs), and they came out bruised and bloodied after Shanghai. Each map was decided by one point and went practically as long as possible. Conversely, the Shock still got through a tough Stage One after Vancouver and New York (more on each later) beat them and still finished second after a grueling championship match.

This is why divisions matter: London has one less win than Vancouver but are the second seed as the Atlantic Division winner. London has fully rebounded from an underwhelming Stage One where they missed the Stage Playoffs on the last weekend (thanks Seoul). England’s sole representative is ready to barnstorm the Stage Two Playoffs. Like San Francisco, London did benefit from a weak strength-of-schedule (they did not face any Stage Two playoff teams). Their only loss came from the first team out of the playoffs, Chengdu. It’s time to see how the reigning OWL Champions fare in the Stage Playoffs.

Don’t let the seeding fool you, Vancouver hasn’t regressed. If they weren’t in San Francisco’s division, they’d be the second seed. Vancouver had the strongest strength-of-schedule of the top three teams, albeit because they played a number of bubble teams (some twice). That said, the Titans are still the king of GOATS. Should Vancouver force their opponents to play GOATS, then Vancouver could very well repeat as Stage Champions.

Superman met kryptonite this stage. The NYXL lost twice to the Atlanta Reign this stage, so consider them lucky that the Reign isn’t playing this weekend. Simultaneously, the NYXL are a more serious contender than their seeding shows. Not much has changed about the team since the Stage One Playoffs…where they were upset by Seoul. NYXL’s recent playoff history does not paint a good picture, but the NYXL are arguably the most boom-or-bust playoff team in the league. When either happens, it happens in the most dramatic fashion.

The only way this stage can get any better for Dallas is if they upset Vancouver. Dallas is the first of the bottom three teams in this playoff bracket. Even though Dallas does boast a 5-2 record, their one game against a playoff team was Vancouver, their first round match-up. As Seoul showed last stage, anything can happen in the Stage Playoffs, but at the same time, Vancouver hasn’t lost yet, so don’t bet against it this round.

Make that four expansion teams. Hangzhou, the most hyped expansion team this offseason, is the fourth expansion team to make the Stage Playoffs. They are also the only team this season to make the playoffs with a negative map differential, but arguably the hardest schedule. San Francisco and Vancouver are the only two teams that beat Hangzhou this stage (both 4-0 shut outs). If Hangzhou can keep their momentum going from their playoff-clinching win against Seoul, then they could upset London in the first round.

Laughing stock no more. Shanghai nabbed the last spot a season removed from going 0-40, and are immediately playing San Francisco. Fans be warned, Shanghai has had numerous sloppy moments this season. They lost numerous teamfights because they couldn’t do the necessary clean up at the end. This has to change if Shanghai wants any hope for this postseason.

Last stage, I only predicted the first round. I’m not chickening out this time; here are Stage Two predictions in full:

I don’t see any true upsets happening in the first round, but seeing as though San Francisco lost to the NYXL earlier this season, and Vancouver hasn’t played the NYXL yet, I do see the Big Apple reigning supreme again.