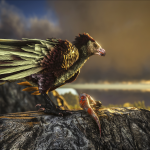 Studio Wildcard was not done spoiling new stuff for its player base yesterday. After announcing a new official map coming to the Ark, Ced and company took to Twitch for a live stream to answer questions about the new map as well as the state of the game. Personally, I felt this is a nice touch, and possibly overdue. Many other games as a service games hold state of the games more periodically that helps keep the player base engaged and informed.

None the less, here are the top takeaways of the stream:

State of the Game

Meshing is a serious issue when it comes to Ark: Survival Evolved and its official servers. This is the very first subject addressed by Ced. The developer is well aware of the issue and is working to provide a system that will help detect when players are in locations they should not be. Ced also explained that it is a tricky system as the player could potentially be targeted as being in an area they shouldn’t, even though they are in the playing zone. It is for this reason alone that Wildcard has not implemented a kill zone system in Ark: Survival Evolve. Will this be enough to coax players into returning to official servers?

Giving feedback will lead to positive things for the player experience. While feedback is something that has been available for quite some time, it is something Wildcard is committing to going forward. This ultimately will rely on the players giving said feedback.

Balancing is a focus for PvP vs PvE. Unfortunately, what works for one, does not work for another. This is literally an issue for any game that has both game modes. Ced and the group did validate that they will be looking to make adjustments for each game mode as they go over future content.

Valguero was announced to be the next official map. The Modders Contest winners have created what Wildcard is describing as “a builders map.” The map will feature roughly eight biomes, including an area that will contain Aberrant map. The PC will receive the map [today] 6/18/19 whereas Xbox and PlayStation 4 will have to wait until an unspecified date in July. There still is no confirmation if the map will release on Nintendo Switch. Wildcard is also stating that this map is more optimized than previously released maps like Extinction and Ragnarok. A lot of this is due to a smaller size but also experience with the previous maps.

The deinonychus was created with climbing verticality in mind that is intended to help you traverse the steep inclines of the terrain. Deinonychus will also feature a latch on attack to other creatures allowing it to cling to its prey and cause damage. This move will only affect specific creatures only. You won’t be taming these in the wild, but instead, like Wyverns, you will have to find nests and steal their eggs to raise. However, unlike the Wyvern, the deinonychus is breedable.

Three bosses in the boss arena: Dragon, Manticore and Megapithicus! However, no titans.

What did you think of Wildcards announcement of the new map? Do you like the direction under the new regime? Let us know in the comment section below!