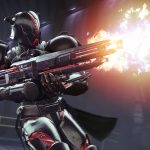 You are reading
Cross Save Dated and Bungie Reveals Shadowkeep Roadmap

One of the most anticipated dates in Destiny franchise history has arrived. Bungie has officially revealed that Destiny 2 Cross Save is coming to all available platforms on August 21st. Prior to this date on August 20th, PC players can begin their transition to Steam from Blizzard’s Battle.net.

Bungie has laid out a brief F.A.Q detailing some of the most important aspects of the PC transition specifically. Players can pre-order Destiny 2 Shadowkeep on Steam now to accommodate the move on August 20th. Destiny 2 will no longer be available on Blizzard’s Battle.net after October 1st.

With Cross Save, players will be able to unify their Destiny experience across Xbox, PlayStation, Steam, and Stadia (launching November 2019). Cross Save will not support Cross Play with other platforms, nor will it allow you to merge multiple accounts on different platforms. The thought process is that you are allowed to move from one platform to another and play with the same Guardians. Bungie has outlined answers to more specific questions regarding Cross Save here.

Bungie Director Luke Smith is looking to set Destiny 2 Twitter ablaze with his recent comments that will continue on through next week.  A substantial Shadowkeep roadmap is inbound.

I'm hoping to publish a State of the Game (warning: likely very long, somewhat-to-very nerdy) post next week looking at the last six months of learnings from Destiny 2 and outlining the kind of changes we're making to the game in Shadowkeep and why.

Here is what we know thus far regarding the roadmap between now and October 1st:

August 14th at 10 am Pacific will be the launch of the Armor 2.0 Livestream across Mixer, Twitch, and Youtube.

Guardians make their own fate

What a time to be a Destiny fan. The hype train of Bungie information continues to go full steam ahead prior to Shadowkeep. Cross Save, in my opinion, will be a game-changer in August. That will give players a full month to acclimate to their platform of choice and establish huge friends lists. Deciding which account you designate as your “Cross Save account” will be a very weighted decision! In the end, it’s one I very much look forward to as a multi-platform gamer.

Armor 2.0 and the upcoming PVP changes are very intriguing to me. True armor customization and MMO sensibilities are my hopes here. Weapons in Destiny 2 have received a ton of attention over the recent years, and I’ve always felt the power fantasy with armor has always lagged behind. It will be interesting to see if the older armor system is completely scrapped or will transmog allow us to bring some sets forward.

Destiny PVP is extremely near to my heart. As a Trials of Osiris fan, nothing gave me a greater rush then that specific 3 vs 3 elimination mode every weekend. I doubt that Trials comes back with Shadowkeep, but I’m excited to see what the “PVP Reveal” and “Pax Crucible invite” will consist of. PVP in Destiny 2 is in serious need of a makeover in terms of Competitve balance, 6 player map design, and few game modes. Time will tell Guardians. What do you make of all the latest updates from Bungie? Leave your thoughts in the comments below.

[See More: Destiny 2 Season of Opulence Updates Prior to Shadowkeep]