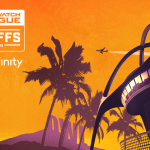 You are reading
Overwatch League Play-In Primer and Predictions

Welcome to OWL’s Play-In Weekend! The Play-In Weekend is like baseball’s wild-card game on a bigger scale. Instead of just one game between two teams, six teams will compete for the last two spots in the 2019 Playoffs. This weekend will have four matches total; the top two seeds have a bye and will face the winners from day one of the matches. Both winners from day two will advance to the Playoffs. What’s more, Sigma, the newest hero, is available for the rest of the season. With six teams competing and playoff spots on the line, let’s take a deep dive into this weekend’s competing teams.

Chengdu deserves some respect, but only some. In such a meta-restrictive season, Chengdu made their name for marching to their own beat. The results were…middling at best. Chengdu is one of two teams in the Play-In to not make any Stage Playoffs. Further, they never finished with more than four wins in a stage, so it feels like Chengdu didn’t earn their spot so much as stumbled into it. We saw Shanghai work their magic in Stage Three, but Chengdu is not Shanghai.

Shanghai was much better this season than last. Shanghai made people either forget about their winless inaugural season or use last season to emphasize their Stage Three Championship. The team was on top of the world with their star DPS player, DDing, and ready to run Stage Four with its new Role Lock…so how did they stumble so badly? In the first Stage to force players to include DPS characters, Shanghai only managed one win. Stage Three seems so far away, but at least Shanghai qualified for postseason play. There is one other reason to hope for Shanghai: their one win came against fellow Play-In team, Seoul Dynasty. Unless Shanghai rediscovers their Stage Three magic, their best season yet will end in defeat.

The moral of Philadelphia’s season is simple: start strong, then stay average. Way back in Stage One, Philadelphia was the fourth seed after winning a tiebreaking…coin toss? Yep, this was the Stage with two tie-breaking methods for the final standings, the one where Philly and Toronto had a coin flip while San Francisco and Seoul had a tiebreaking match. As a matter of fact, Philadelphia won their first match that Stage before San Francisco swept them. Philly coasted for the rest of the season with middling results and no further Stage Playoff appearances. This team isn’t necessarily coming into the Play-In hot or cold, but tepid like the beer cans you can’t fit into your fridge. On one hand, they can win in the postseason, but on the other, it’s been a while since they last did.

Guangzhou is the anti-Philadelphia team this season. When Philly started strong, Guangzhou struggled to go over .500 in a stage, but everything changed with role lock. Guangzhou, like Atlanta, ran the Stage Four tables, but unlike Atlanta, did lose to the London Spitfire. Considering Guangzhou went on to beat Seoul, Philadelphia, and the NYXL throughout Stage Four, we can let that loss slide. This is the hottest Play-In team which could reasonably make a run for the playoffs.

Seoul is somewhere between a good and a bad place right now. On one hand, they have the most playoff experience this season with two appearances, including their show-stopping upset over the NYXL. What’s more, Seoul was very close to clinching a Stage Two Playoff spot had they beaten Hangzhou in the Stage Finale. Conversely, that loss is emblematic of Seoul’s season. Upsetting the NYXL is their only postseason win this season and their Stage Four record against other Play-In teams was 1-3 (that one win was against Shanghai). That last part does not bode well, especially given it’s the biggest sample of Role Lock competition we have. Seoul fell out of the Top 6, but could very well join those Top 6 with one good match.

There’s a simple law of annual competition: the reigning champion has the biggest target on their backs. Last year, London rode the wild card to Grand Final glory, and this year they’ll need to survive the Play-In. This year, London had more of their downsides than upsides. The upside was taking the Stage Two Atlantic Division, but the downsides are pretty numerous. First of all, Stage Two is London’s only Stage Playoff appearance this season, which abruptly ended in the first round. Next, London didn’t qualify for any other Stage Playoffs and had there been a Stage Four Playoff, wouldn’t have qualified either. Finally, London just barely fell out the Top 6 because Atlanta stole the sixth spot out from under them. London does have history on their side; they’ll need it to win. 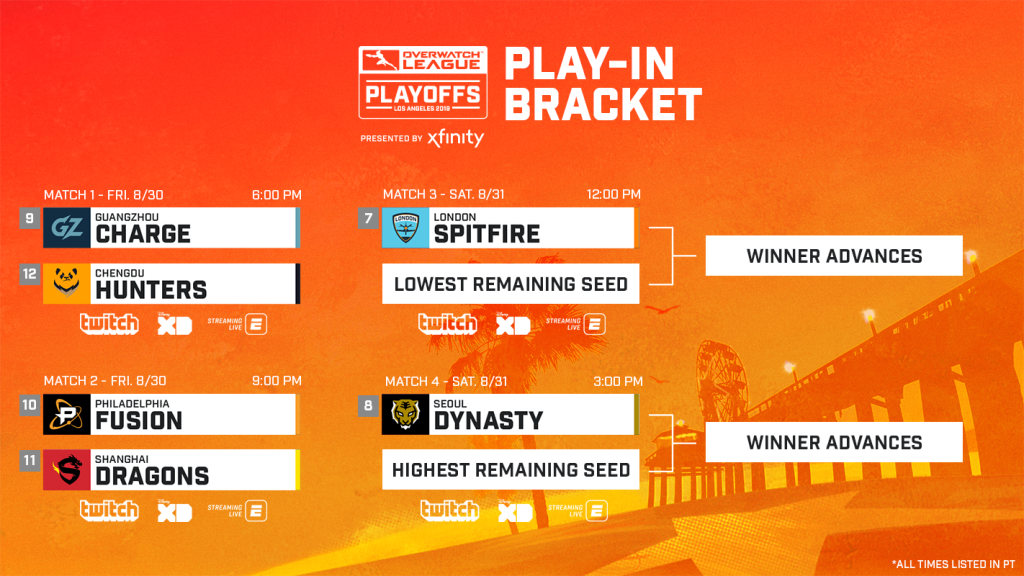 Note: London and Seoul have first-round byes, and will face the lowest and highest remaining teams respectively.