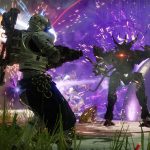 You are reading
The Vex Offensive is Simple, Repetitive & I Can’t Stop Playing It

With the Vex Offensive, which launched with Destiny 2’s Shadowkeep expansion, Bungie may have finally delivered the wave-based mode for which players have been clamoring. It dispenses with time-limit and fail-states exhibited in earlier activities like the Forges and the Heroic Menagerie. It boils down Destiny’s essence into its simplest terms: shoot stuff, get loot. The sum of the mode is greater than its parts. It almost sounds too simple to be compelling, but somehow it works.

In Vex Offensive, six-players get matchmade and spawn into a lush jungle environment that is a stark contrast to the lunar-landscape-meets-Japanese-Tolkien influenced art style of the main expansion. Then, you shoot stuff. No, really. That’s about it. And, it’s awesome. 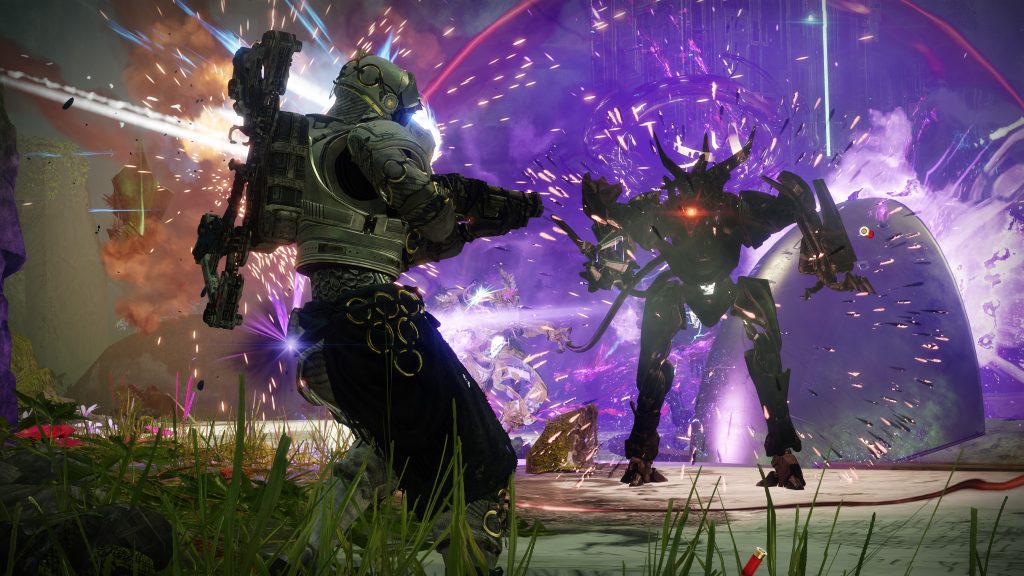 A Wave Based Mode That Works

There are specific mechanics involved in each particular wave, all of which should be familiar to those who’ve already spent time playing Destiny 2. Pick up discarded Vex equipment and use it to shoot glowing crystals, which announce their presence with a familiar audio cue, for example. Between waves, a chest will spawn that, wait for it, actually contains useful loot. Yes, blue-level gear will drop as well as currency, but alongside that will be event-specific legendary armor and weapons that drop at or slightly above power level.

That makes infusion far more efficient by allowing players to infuse similar items for 1000 glimmer rather than use relatively expensive and material-heavy upgrade modules. With that, farming weapons and armor are more straightforward. The loot pool is actually pretty good and, I might be in the minority here, but I like the look of the armor, simple as it may be.

Making the Vex the focus, the mode also utilizes one of the more interesting and, I think, underused of the enemy types (can we PLEASE get some new enemies soon, though? Please?) You get wave after wave of time-traveling hive-mind controlled killer robots, running on some kind of weird glowing goo that you and your teammates can spend hours turning into scrap. There are few things in Destiny 2 as satisfying as hearing the death-wail of a Vex as it collapses into a pile of charred metal.

Vex Offensive is the perfect place to try out new weapons and loadouts and it features a whole suite of pretty straightforward bounties (kill X enemies with Y weapon type) to help with the XP grind (still working on unlocking that last row of my artifact.)

Its time in the game may also be limited. It appears to be one of the “evolving world” activities destined to be rotated out of the lineup at the season’s end. As fun as it is in the short term, it doesn’t have the depth to remain a mainstay activity, especially if the new season brings along something equally compelling to take its place.

It’s a refreshingly compact alternative to the more time-intensive activities like the new Nightfalls, while still respecting players’ time by making the investment of that time (brief as it is) rewarding. If you’ve somehow managed to avoid the Vex Offensive up to this point (I know, there’s a lot of game to get through right now, with more coming) I recommend spending the 20 minutes and enjoy it while we have it.