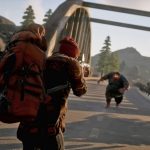 State of Decay 2, is the 2018 sequel to the breakout indie success State of Decay. The game is developed by now Microsoft owned studio Undead Labs. State of Decay was one of the biggest Xbox Live Arcade breakout titles back in the Xbox 360 generation. While State of Decay 2, has been available on PC since launch it was only available through the Microsoft store. However, we learned today that State of Decay 2 will be coming to Steam in 2020. While various rumors this week had been pointing to a Steam release, we got official confirmation today. In a blog post from developers Undead Labs they confirmed that they will be bringing the game to Steam. In this blog post, they confirmed that the game will support Xbox Live cross-play. What this means is 3 friends can team up together across Steam, Windows, and Xbox to try and survive the zombie horde. Microsoft has seemed to find success bringing their games to Steam, with the most recent being Gears 5. It is safe to assume we will slowly start seeing more of Microsoft’s back catalog coming to Steam. While currently, Undead Labs has no solid release date for the Steam version other than an early 2020 launch window. You can already wishlist the game on Steam so that you can keep up with the latest information on the game!

Will you be picking up State of Decay 2 when it comes to Steam? Let us know in the comments and don’t forget to check back for the latest gaming news and information.