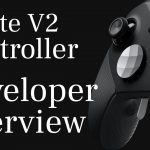 On a recent episode of the TXR podcast, the members had the privilege to interview David Prien Sr Director of Xbox hardware engineering PM manager. Before his time at Xbox, he spent 18-20 years in the cell phone industry but wanted to give it all up for a chance to work at Xbox. His first role at Microsoft was working on the first generation Elite controller which he was heavily involved in from start to finish, but there was a long road ahead of him proving the Elite controller concept was viable and profitable.

Originally the controller was intended to be the first Bluetooth controller available, though at this time the market for a Bluetooth controller was very small, so he proposed new ideas and concepts for creating a controller that had multiple functions and the ability for button remapping. In the end, the Elite V1 controller was more successful than they thought and the demand for it was so high that they had to get “creative” in finding more money in the project budget to create more units to be sold. 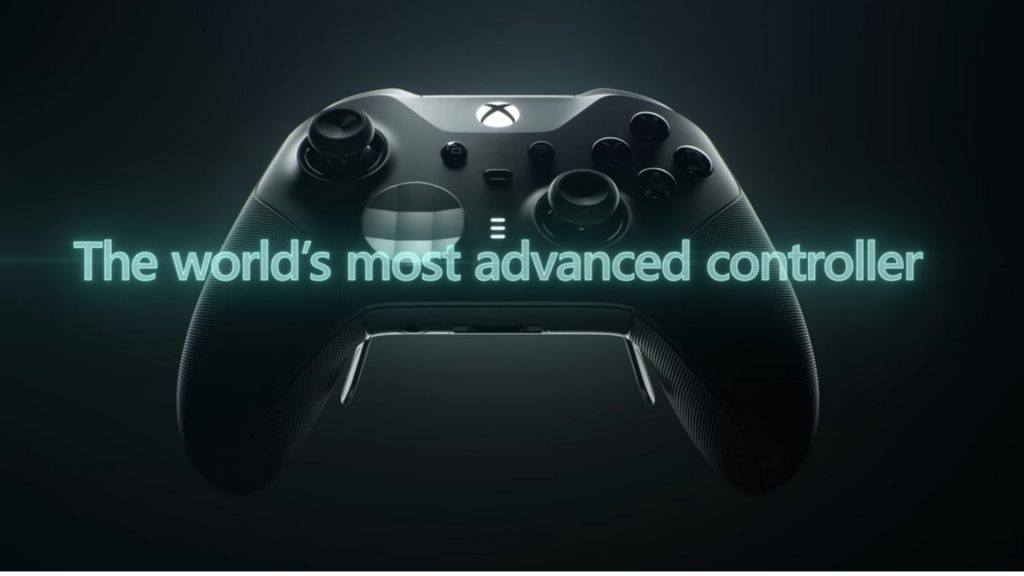 The Elite V1 controller did have its issues and a few recurring problems, there were several reports regarding issues with the rubber grips or bumpers coming off. David was very adamant in the project’s success, so he followed Twitter and Reddit very closely for reports of issues to engage with customers and figure out how the controller failed to in turn get it resolved. He was genuinely confused about failures that occurred outside of the expected life expectancy of the controller. David stated that Elite controllers received 3 times more testing than a standard Xbox controller by explaining that the Elite series of controllers go under vigorous testing from chemical baths, UV tests, and mechanical tests that would test the buttons and joysticks millions of times to the point of failure. In the case of the rubber grip issues, it took months for them to figure out the true cause of this issue. They took damaged controllers and had the rubber grips put under chemical analysis that would sometimes take weeks to get the results.

David would not go into full detail on which chemical combination affected the grips, but he did explain that they had to consider everything from the climate that the controller was in, like the humidity, and even the products customers would use on their hands like lotions and colognes. The bumper issues were more difficult to pinpoint, David stated he was very confused at the issues because of the amount of testing that was done on the buttons. He was so focused on figuring out the issue that he and other team members would fly out to consumer’s homes and give them a new controller instructing them to play for 8 hours to record and study how they were using the controller. After studying the play habits of multiple customers David and his team documented a similarity that recurred in most of the observations. The bumpers were being damaged as a result of the controller being used and held in a way they never planned for, in a style of play that he called “bumper jumper” the customer was hitting the bumper button at a 45-degree angle and then hitting it on the other axis at a 65-degree angle. This style of play was never tested for, so he went back to the lab and set up a test to duplicate this exact style of play. David used both standard Xbox controllers and Elite controllers in the test which both models failed. 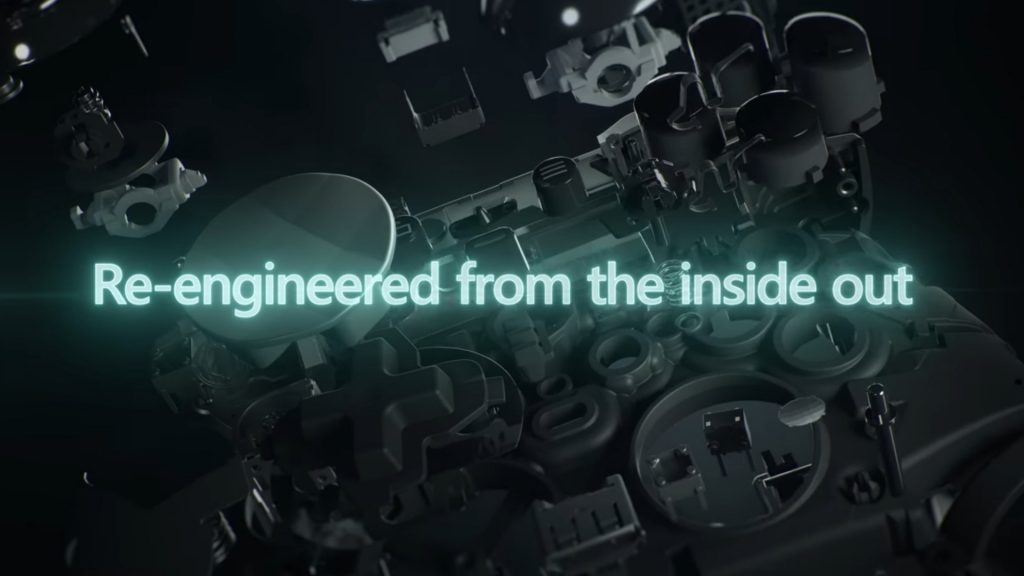 Around the time the first Elite controller was released David was already working on the concept for the Elite 2 controller, he proved not only was the product viable but also profitable. This time he had a little bit more freedom on which features he could put into the controller to improve on the design of the first one. He stated that the Elite 2 was his baby and he wanted the premium price to reflect its premium design. Since the Elite 1 was the first of its kind, it shared many similarities with the standard Xbox controller using some of the same hardware as the standard Xbox controller in its design. The Elite V2 uses parts, switches, and materials that are not found in your standard Xbox One controller.

David wanted to make sure that all buttons had the right amount of clickiness to give the customer the feedback they were looking for, including the home button or what he calls the Nexus button is now a full clickable button and that it no longer recesses into the face of the controller. He corrected the issue with the bumpers by getting rid of the hook design that was used in the Elite 1, that allowed them to pop off. He corrected the rubber grips issue, which he feels is the most important feature of the controller, by wrapping the grips around the entire face of the controller.

David took in a lot of customer feedback both on social media and out in the field on things that can be done to improve the features and design of the controller. He wanted to make sure that features that were being added were for the right reason, it started with giving the controller a rechargeable battery to make it as carbon friendly as possible. David stated in a meeting with the team over at Xbox that he put up a photo of a dumpster filled with batteries showing the environmental impact that it has and how he wanted to alleviate that. He is aware that there is a lot of concerns revolving around this rechargeable battery, in the interview he challenges people to “pick a night and charge the battery to 100% and use the controller until it dies”. He wants to show people that he is proud of the battery design and the 40-hour battery life that comes with it.

One thing that David noticed is people always kept their controllers in the case when it was not in use, so he wanted it to be possible for the charger to work in the case. David also wanted the USB port to have more ease of use so he changed it over to USB-C being a more user-friendly “blind connection”. The number one feature that was asked for was a capture button to be added to the controller, he felt making a permanent button for this feature would be a waste for those who wouldn’t use it. Instead, he thought “what if you could make any button the capture button”? By using the Elite 2 controller app you can remap any of the buttons to be what he called a shift key. When holding the shift key just like on a keyboard you are shifting to a different set of functions. You can then map the “capture that” feature on the Xbox to any button of your choosing essentially creating a capture button, The shift feature makes it to where you can create multiple button layouts and map multiple commands to the controller. 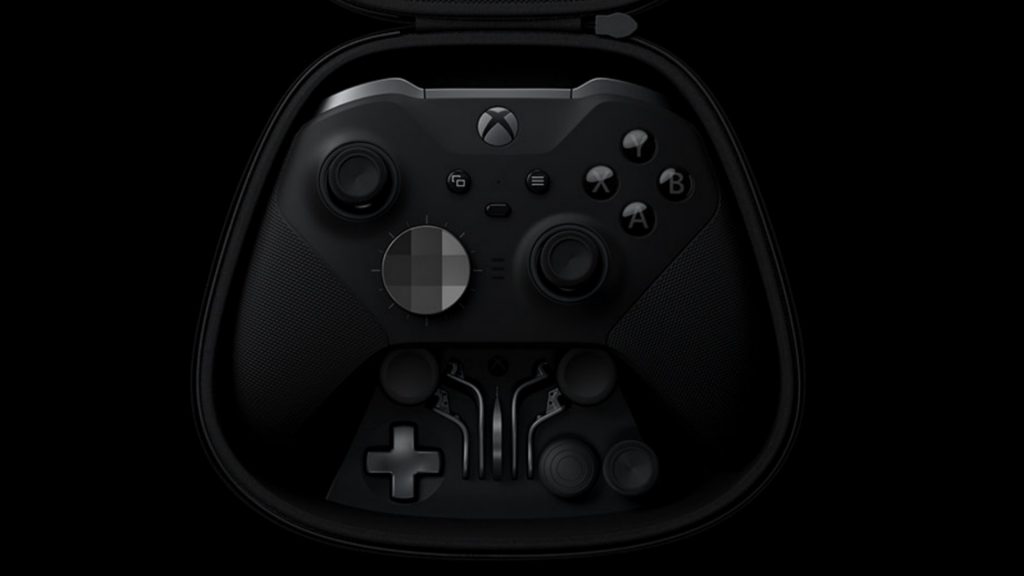 David also stated that he would like to one day if possible, if the demand was there, to have a small color pallet available on the Xbox Design Labs. The issue with making this possible is finding the materials in the desired colors that could meet the testing standards, the main material in question is the rubber grip material which has limited options when it comes to color. He also commented on having a manufacturer creating joystick and paddle kits to truely customize the elite 2, these manufacturers would have to adhere to strict guidelines on how the accessories are made all the way down to what they are made out of. If the paddles are not made to the exact spec they can shear and damage the switch inside, Xbox does not want any manufacturer to create a product that can make the Elite controller look poorly designed. He took the design of the controller very seriously by creating new tests for durability from the studies of the first design, he even put a reinforcement ring around the joystick so that it can not wear the housing down with use.

David did point out that he is only responsible for about 80% of the production of the Elite Controller 2. Allen Carranza was the actual individual that got the controller over the line into the customer’s hands. He admitted it was hard to hand over the reins to his baby after all the research, development and even delays that took place in the project. There were times where he had to resist the urge to give his opinion or input to allow his other team members to act on their own creativity. Instead, David is now leading the hardware team on Project Scarlet getting ready for next-gen and how it will shape the Xbox brand going forward.

See More: The State of Xbox heading into 2020