You are reading
Division 2 State of the Game – Episode 3 or Title Update 7 Coming Very soon?

This week for the Division 2: State of the Game, Hamish Bode (Lead Content Creator), with guest Drew Rechner (Associated Game Director) and Yannick Banchereau (Associated Created Director) talked to us about the future of The Division 2 Episode 3. 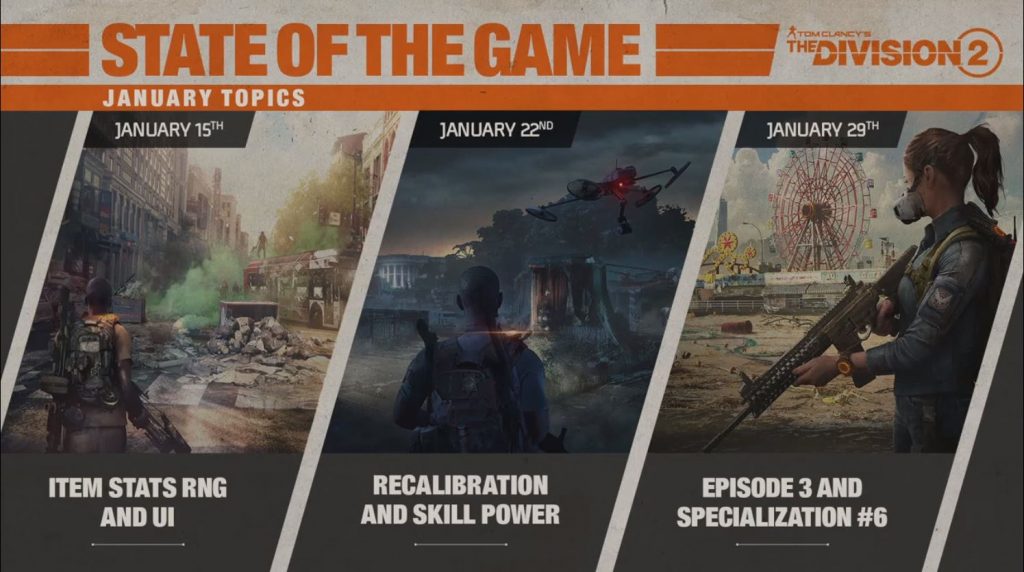 If you don’t own the Season Pass, you will be able to unlock the new missions on December 22nd, for free.

Title Update 6, also introduces a new specialization, the Technician, which will be instantly unlocked for all Year 1 Pass holders. Players who don’t own the Year 1 Pass will be able to unlock the new Specialization by completing a series of objectives through the Field Research.