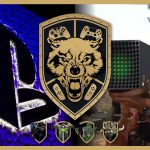 Welcome to another new episode of The Iron Lord Podcast. On today’s show, the Lords are joined in progress by Madz Gaming! The Lords discuss Sony pulls out of Pax East and GDC; Xbox Series X reveal and Spatial Sound tech; Ninja’s comments on “Its just a game”; and Dreams impressions. ILP 147 is in the books!

15:08- @LordCognito is up with the weekly “Lordly Introductions” !

51:40- @LordCognito talks about the recent episode of #TheLastWord, #Xcloud & the #SamsungS20 !

55:50- The Lords go over last week’s results for the Official ILP Twitter Poll!

59:40- Sony pulls out of Pax East 2020 due to Coronavirus worries; The Lords give their thoughts on this!

02:43:40- The Lords give their thoughts on Pro Gamer #TylerNinjaBlevins ‘ recent controversial take on casual gaming!

02:56:25- @LordSovILP gives his impressions of #DreamsPS4 as well as where the current metacritic culture for the game is at! 03:12:10- The Lords do their Outros!