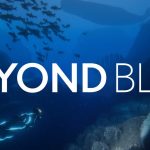 You are reading
PAX East 2020 Interview: Beyond Blue Community Manager

The Lords of Gaming are live on the PAX East floor covering the latest and greatest games. For their next interview, the LOGNET crew talks to Eric Fransen, Community and Marketing Manager at E-Line Media, to discuss Beyond Blue.

The game is a single-player narrative adventure that takes you deep into the ocean. Set in the near future, Beyond Blue explores the mysteries of the ocean through the eyes of Mirai, a deep-sea explorer, and scientist. Mirai is tasked with investigating some unusual underwater activity near the South China Sea.

Fransen highlighted that the game is based on real science. E-Line Media consulted the team of scientists that worked on BBC Blue Planet 2 documentary. With their help, the developers were able to create an immersive and realistic underwater experience. Be sure to check out the full interview below.