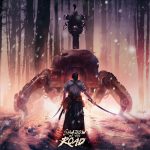 You are reading
PAX East 2020 Interview: Shadow of the Road

The Lords of Gaming have descended on the PAX East show floor to bring you the latest in gaming. The LOGNET crew sat down and talk with Another Angle Games to talk about their upcoming title Shadow of the Road.

The game is a turn-based tactical RPG based in the dusk of the Japanese feudal era. Shadow of the Road lets you test your skills against multiple enemies of different origins. Create your own path by making multiple decisions that will eventually influence the outcome of this immersive story.

The game is very reminiscent of X-COM, but with its own unique setting and style. Shadow of the Road features Steam Punk influence fused with magical elements. The game will likely be released in 2022 on Steam. Be sure to check out the full interview and game preview below.