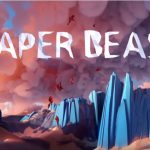 You are reading
PAX East 2020 Interview: Eric Chahi for Paper Beast on PSVR

There are very few industries that are as young as the video game industry but have such a vast amount of games that make up that history. Eric Chahi is a huge part of that history, as the creator of the cult classic Another World. Another World released all the way back in 1991 and was created solely by Chahi. Now almost 30 years later, he is working on an ambitious PSVR project called Paper Beast. Our very own Lord Cognito was able to sit down and talk with Chahi about this upcoming game and his creative ambitions with the game. Paper Beast looks like a truly unique experience that we are very much looking forward to playing on PSVR later this year.

Are you interested in Paper Beast? Let us know in the comments and don’t forget to check back for the latest gaming news and information.

You can also check out our interview with Platinum Games’ very own Inaba and Kamiya.