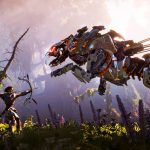 In the games industry, there is always constant shuffling as people change jobs and positions. However, when management and leaders switch roles it always draws eyes. Especially depending on the caliber of the studio, they are leaving, as well as where they choose to settle again. Elijah Houck is one such developer, who worked for Rockstar Games starting in 2014. He worked on Red Dead Redemption 2 from his hiring in 2014 and progressed from being a Junior Scripter all the way to a Senior Game Designer. There is no doubt that Red Dead Redemption 2 is one of the most ambitious video games released. The talent of the people behind that project cannot be underestimated. This is why it is so interesting to see Houck now change gears and accept a role at Guerrilla Games.

As per Houck’s LinkedIn profile, he has accepted a role as Senior World Designer with Guerrilla Games in Amsterdam this month. While one would have to assume that he is most likely working on the follow up to 2017’s Horizon Zero Dawn. Many rumors have pointed to multiple projects being worked on at Guerrilla Games. Could Guerilla be working on a different open-world game? Only time will tell, but having someone who worked on such a masterpiece as Red Dead Redemption 2. It will certainly be interesting to see what Houck can bring to the table at the already uber-talented Guerrilla Games.